Beltane: In Search of Venus 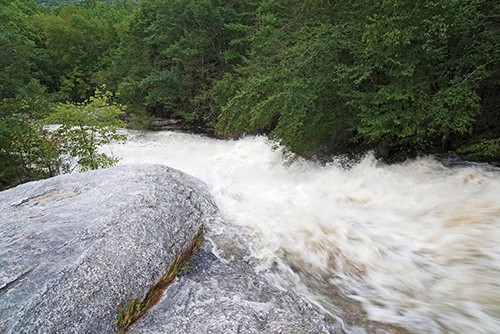 Strange to imagine, but we're already at the mid-spring holiday. That's called Beltane, the celebration of love, sex, and abundance. After April Fool's Day, it's my favorite "special" day of the year, as it makes such a lovely point: of honoring the Earth and women as part of the divine feminine, which is to say, the basis of all life.

Some people are starting to figure out what this is about, and some always knew. Yet in Western civ, imagining the divine feminine as real is a little like trying to conjure sprites and faeries while you're walking around midtown Manhattan. There's a place and a time for everything, and in a forest or perhaps near the ocean is a natural place to feel how female the Earth and the cosmos are. As for the time, that would be Beltane.

This old holiday is commemorated by Druids, Pagans, or us witchy types when the Sun reaches the midpoint of Taurus, one of two signs ruled by Venus, usually on May 5 (it's usually celebrated on April 30 or May 1 and some traditions have the party all month, known as the May). The other Venus-ruled sign is Libra.

It would appear that humanity is far from that right now: We're in a time when fear seems to be feeding on fear, and many people are caught in the cyclone and not seeing any easy way out.

Venus has been one of the most active planets in the sky this spring. It was in retrograde motion from early March through mid-April, beginning in Aries and ending with a conjunction to Chiron in Pisces. Chiron is an agent of healing, or you might say, activation of potential. Chiron has a cathartic effect, and its intensity leads to plenty of confusion about what it's really about.

Venus conjunct Chiron was a heart-opening, heart-rending, or heart-wrenching experience. Chiron activates the full potential of the other planets. The word apathy means the inability to feel pain. When you tune into a Venus-Chiron blend, you feel; and what you feel will give you guidance on what you need to heal.

Since we're talking astrology, remember that in the background of everything happening is a great conjunction, one sign over, in Aries. That would be Uranus conjunct Eris. We've been getting a lot of messages to pay attention to this rare event, the one that I've been associating with what living underneath a digital ocean is doing to us: for the most part, numbing and shoving us out of body.

The last time Uranus and Eris formed a conjunction was on the Aries Point in 1927-1928; at the dawn of radio and television, and when a pineapple-sized version of the transistor was patented. At the beginning of the last Uranus-Eris cycle, everything we now live with was set into motion.

Venus usually clips through the zodiac, often faster than the Sun. Chiron is a slow-mover, currently transiting at about the speed of Uranus. So a typical Venus-Chiron aspect will last a day or two. What we experienced through much of April was a conjunction that lasted for weeks.

This seems to be emphasizing a message, in particular, about all things feminine and female, and raising those aspects of consciousness. It's no coincidence that this is happening in a time when all things female and feminine (including the Earth) are under siege, be it psychic, economic, or physical. What comes to mind is the recent vindication of an avowed rapist by his ascension to the American presidency; and his politically expedient notions of destroying women's health care, reproductive freedom, and legal abortion, not to mention eliminating all government regulations that protect the Earth.

It's easy and somewhat accurate to look back at the past 2,000 years of Christendom as one long war against the feminine aspect of consciousness, women, female autonomy, and sex. What we're witnessing today is a pathetic wannabe retro aspiration to the times when women were not considered owners of their own bodies, and did not even have names, which translates to being slaves.