Beltane: All Wealth Comes from the Earth 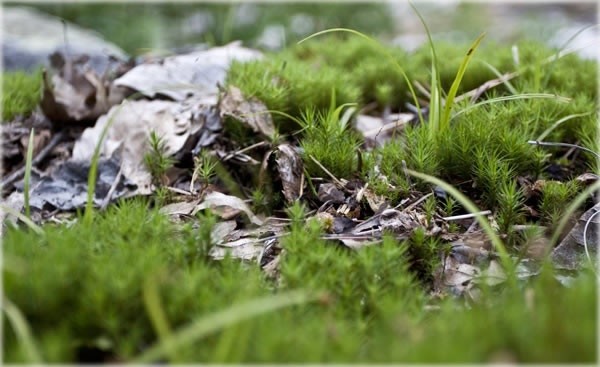 A few times I got to hang out with one of our now-departed neighbors, legendary music agent Alfred Schweitzman. His client list reads like the roster of our most beloved crop of Ulster County rock stars, among many others. He used to give the best New Year's Eve parties and we once smoked the peace pipe in his cherry-paneled office.

"All wealth comes from the Earth," he would say. When I met him I was pretty new at astrology, though I knew enough to know how much sense it makes. It's something I've considered many times and that's the theme of this time of year—the season of Beltane.

The structure of the old religion, the calendar made sense—without a lot of religiosity packed around what people did at different times of year. The cycles of nature are the basis of what we think of as organic, and in the spring, the world is coming back to life after the long winter. The festival to celebrate that is Beltane, traditionally celebrated May 1.

There is some debate about whether this is really the peak of spring or the start of summer (in the social rather than technical sense). The first week of May is the halfway point between the vernal equinox and the summer solstice (in the Northern Hemisphere).

The word Beltane originates from an old language called Lowland Scottish (the culture from which the holiday seems to originate), and earlier, from Gaelic, with a probable literal meaning of "blazing fire" or "to shine, flash, burn." And that is exactly what the planets are doing right now.

For most purposes, I count Beltane as May 5, the day the Sun passes over the midpoint between equinox and solstice. That happens at 4:18am EDT on Sunday, May 5. Taurus is a passionate sign, and at the moment it's on fire, and it's gleaming. Present in Taurus are Mercury, Venus, Mars, the Sun, the South Node, and asteroid Pallas Athene. That's quite a collection of energies. The Moon will be in Pisces at that time, in harmony with Venus-ruled Taurus.

To emphasize the point, Beltane is followed up by an eclipse of the Sun on May 9, and surrounded by two lunar eclipses — this is a moment of change and potentially beautiful progress. Eclipses are points of no return. Aim your mind and your intentions and you can be transported closer to your desires.

That all said, here's my metaphysical summary of Beltane. All wealth comes from the Earth, and the Earth is our Goddess. Beltane is the time to honor the Earth and to love the Goddess, and one happy way to do this is through sexual exchange that's consciously a celebration of life. I know that all sex is in theory a celebration of life, but for many people it doesn't feel that way, and this idea might be something new.

Beltane is the time to make love in a conscious way, honoring the planet we live on, and honoring women. This in turn is a way of honoring the abundance that comes from the Earth (all the resources we need for physical life are generously provided by Gaia) and women (who are the vehicle through which physical life is gestated). If possible, make love outside, close to the Earth or on the Earth, for that extra experience of direct contact. Allow yourself to be the vehicle through which the Goddess expresses itself, no matter what your gender or sexual orientation.

Whatever you do, this is a great time of year to offer a big THANK YOU to the planet and the cycles of nature that gestate, birth and support our lives.