August 26, 2011
Last Updated: 08/07/2013 4:28 pm
comment
Chucky, Freddy, Jason, the Children of the Corn, Aliens, the generic Living Dead, it’s always the same. At the end of the film the creature that has been stalking, killing, dismembering, and devouring normal humans—often with a particular predilection for bouncy teen babysitters—is killed. A stake to the heart, an axe through the neck, division into small body parts, doused in gasoline and set on fire, thrown into the vacuum of outer space, whatever it takes, the monster is dead.

Then, just after the hero leaves the cemetery (the spaceship, the hospital, the morgue, the summer camp) a hand shoots out from beneath the earth!

At the end of the Bush years, it appeared that ATBRI (All Those Bad Republican Ideas) was dead. When the Republicans came into office they had put their ideas into effect and charged directly into the guns of reality. This was the political equivalent of suicide by cop. Reality shot them down with ruthless efficiency.
Tax cuts did not create jobs or prosperity. They created a bubble that became a crash. There you go, the first corpse, the idea that tax cuts, especially for the rich, are good for the economy. They are about as good for the national health as eating chicken with salmonella is for your body.

Initially, the Bush administration chose the response that was correct according to free-market theologians. They let the profligate and incompetent Lehman Brothers go bankrupt. Whoops! It instantly became apparent that the whole house of cards was about tumble in after them. Laissez faire orthodoxy was instantly abandoned and the government rushed in with hundreds of billions of dollars before the entire world economy imploded.

Another idiot idea shot down. Unregulated markets work as well as baseball games without umpires. Everybody steals, nobody stops it, chaos erupts, and the game is destroyed.

According to Freidmanesque economists—the current orthodoxy—monetary policy is the best and only way that the government should manipulate the economy. The Fed lowered interest rates to the point where they were giving money away to the big banks. It didn’t stabilize the economy. It didn’t magically induce the banks to invest in productive, job creating businesses. The bankers just took the cash, traded in derivatives, and other paper nonsense, and gave themselves giant bonuses.

There you go, an entire economic model shot down.

America was the world’s sole superpower! Da-da! Dum-Dum! Our super-military could fix the world, one scowling third-rate country at a time! What the hell, two at a time! Turned out that while we could invade a rag-tag wasteland like Afghanistan in a flash, we couldn’t keep it conquered. It was just billions down the drain. Maybe it was time to stop spending money on military and intelligence operations that did not work.

Oh, heavens, the best way to pick our leaders is their piety! With Christ to guide them, they will make the best decisions. It was God, according to George Bush, who advised him to invade Afghanistan, and then Iraq, as the correct response to an attack by a small gang of criminal lunatics. Bush never said so, but if God was giving military advice he was probably part of the economics team as well.

Frankly, if God can’t tell you which wars to fight and which ones to avoid (after all, Dwight Eisenhower could, viz., “Never get involved in a land war in Asia.”) then the idea that we should pick leaders who get their wisdom from the Lord should have been laid to rest. With a large cross at the head of the grave, of course.

Yet, as we walked away from the Idiotlington, the Cemetery of Dead Ideas, ATBRI the Grotesque stirred in his crypt. A skeletal hand shot out from beneath the earth!

ATBRI is risen. He has called forth his minions. We are now living in a full blown zombie movie sequel!

It is the law of sequels that they must be more extravagantly bloody and gory than the original. And even less tethered to reality since the basic premises were established the first time out.

So it is. They’re not only back, they’re more crazed than ever!

Rick Perry is George W. Bush stripped naked of any pretense of moderation, civility, or modernity. This is a guy who does not believe in evolution. Alright, it was established in 2008 that Republicans vying for the presidential nomination are supposed to deny evolution, so that’s not so special, but Perry literally prays for rain and commands his people to do so with him!

“Now, therefore, I, Rick Perry, Governor of Texas, under the authority vested in me by the Constitution and Statutes of the State of Texas, do hereby proclaim the three-day period from Friday, April 22, 2011, to Sunday, April 24, 2011, as Days of Prayer for Rain in the State of Texas. I urge Texans of all faiths and traditions to offer prayers on those days for the healing of our land, the rebuilding of our communities and the restoration of our normal way of life.”

Yup, that’s an official proclamation, it is not from Jon Stewart.

The Tea Party Republicans in Congress would have been happy to let the government of the United States default on its debts. They want to defund the whole damn government anyway and give Social Security funds to the stockbrokers.

Fox News and the right-wing think tanks are leading a campaign to raise taxes on the lower 50 percent of the population, who they claim are “moochers,” “parasites,” and “utterly irresponsible animals” on a “free ride.”
Why have the dead ideas risen? Why have the legions of the undead risen up from the dust and the muck and marched into our capital, taking control and holding the last few rational people there hostage?

It is because the Democrats—the Liberals, the Left, the rationalists—have no clear idea of what we should be doing and what actually works. So they stand there in horror, just retreating from the legions of ATBRI the Grotesque. 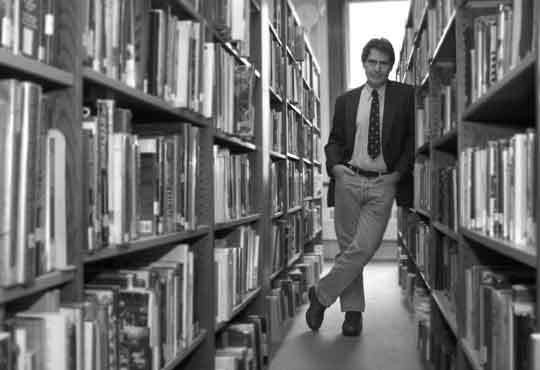