But economics it is, because economics is our current crisis (makes you long for the good old days when we were invading random foreign countries for no good reason but were still securely wealthy). Economics is where the political action is. And most of all, because that’s where the most stupid is gathered.

Stupid is rushing to our economic debate like flies to fresh corpses, like ants to your picnic, and fast-food restaurants to our land of strip malls.

Okay, a quick trip down memory lane. Kids and young adults, anyone under 25, ask your parents, because I know it wasn’t covered in school.

Ronald Reagan came into office in 1981. He cut income taxes, especially income taxes for rich people. He raised Social Security taxes, which have a cap on them, so rich people don’t pay after a certain point, thereby shifting the tax burden from the rich to regular people. It also marks the point where the income of the rich really took off but median income flattened out. He had two recessions, high unemployment at the start of his first term and again at the end of his second. His budgets created massive deficits, the biggest ever until then. Plus there was a fiscal bubble. It imploded in the biggest set of bank failures since the Great Depression. It required a gigantic bank bailout.

That period is known as “Morning in America.” It’s why Reagan has become the official saint of the Republican Party.

George H. W. Bush—that’s Bush the Elder—made a pledge, in earthy, everyman language, during his campaign, “Read my lips: No new taxes!” Fortunately for America, he had a residual streak of sanity and he raised taxes. It reduced the deficits and the recession he inherited from Reagan bottomed out. Unfortunately for him, this was heresy. Republicans abandoned both Bush and his readable lips.

In 1993, Bill Clinton came into office. He raised taxes even more. The economy really took off. Employment soared! The stock market soared! The deficit shrunk and turned into a surplus!

Then came George W. Bush (known as “W,” “the Younger,” “the Lesser,” and “the Bush with a codpiece”). He cut taxes. Kaboom! Instant recession. The markets kept going down. There were no new jobs. The surplus disappeared and became a deficit!

What could we do? Reverse course? Go back to the Clinton policies? Hell, no! It was full speed ahead! More tax cuts! Especially for the rich.

This created a two-track economy. On the lower decks, the recession never quite went away. But up on top there was a party! It was boom time. Actually, it was bubble time! Real estate bubbles, bank bubbles, derivatives bubbles, insurance fiddle bubbles! The rich got superrich. Then the bubbles popped! Kaboom! Boom! Boom! Fizzle, fizzle, fizzle! Big, superhuge bailout, quick, before the whole world economy collapsed.

There it is. Quick and simple.

The prescription for ending the Great Recession, creating jobs—and, while we’re at it, ending the deficits—is simple and straightforward. It happened right before your eyes. Raise taxes and increase government spending.
To the great relief of many, we elected the Un-Bush. This guy was supposed to be smart, sensible, capable of seeing reality over theology! He surrounded himself with really smart people. Well, people with degrees from top schools and professorships and experience at the highest levels of government. And here’s where it really got strange.

Let me introduce you to Christina D. Romer, head of Obama’s Council of Economic Advisors. A Berkeley professor, Romer is one of the preeminent macroeconomists in the country, specializing in the Great Depression. The Wall Street Journal reported that Romer is “so well-regarded [that] many economists cheered that the Obama administration is going for the top minds in the field rather than those who adhere most closely to party lines.”

Romer, along with her husband, David, authored a paper titled “The Macroeconomic Effects of Tax Changes: Estimates Based on a New Measure of Fiscal Shocks.” It invents new classifications. Endogenous vs. Exogenous Tax Changes. Based on the Greek roots of the words, they should mean tax changes generated from within and from without. But they don’t. The paper has one of the coolest equations, like, ever!


No, I have no idea what it means. But I can absolutely assure you that if the Romers plug selected economic data into that equation it will prove that raising taxes hurts the economy!

Who you gonna believe? An equation by a married pair of Berkeley economists, or your lying eyes?

As chief of the Council of Economic Advisors, Romer got to design Obama’s save the economy package. Guess what? The biggest component was tax cuts, the thing that got us here in the first place. It’s not often that a social scientist gets to put their theories into action. Surprise, it worked just like the Reagan and Bush tax cuts. The rich, the big corporations, and the banks got richer. The rest of us were made poorer, and no jobs were created.

By the way, Romer regards herself as sort of a liberal.

This is not Tea Party wacky. It’s not Republican theology-above-reality. It’s not media we-only-quote-‘em-we-don’t-know-nothin’-ourselves kind of stupid. This is ultraspecial, ultraelite, PhD stupid.

So here we are.

We have an economic crisis brought about by something very simple: the Bush tax cuts. Seasoned and spiced with deregulation and few other things. But the meat in the dish—or, if you prefer vegan metaphors, the beans—are the Bush tax cuts.

It is a manufactured crisis.

It is easy to fix. Dump the Bush tax cuts. Go back to the Clinton rates. It worked before. Created jobs, turned the big, scary deficit monster into a nice, warm, reassuring surplus, lifted the stock market to new heights.

But no! Instead, more tax cuts! Cut spending! Cut government jobs! Attack Social Security! Kill Medicare!
Threaten to destroy the faith and credit of the US government. 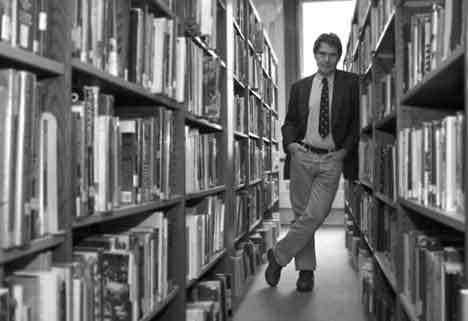