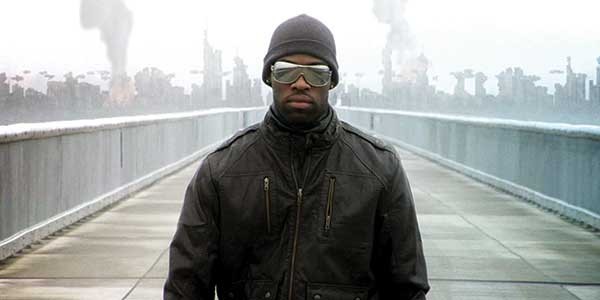 Every two weeks, a language goes extinct. A 2008 documentary, The Linguists, tracks scholars Greg Anderson and David Harrison as they travel to Siberia, India, and Bolivia to record the last native speakers of dying tongues. The film was produced by the Garrison-based Ironbound Films and is being screened as part of the third annual Beacon Film Festival: Freeze Frame. Starting on February 7 and running through the 10, the festival will screen its slate of movies at the Beacon Theatre, an Art Deco building opened up as a cinema in the 1930s and operated for more than three decades before closing and falling into disrepair. In 2010, a theater group called 4th Wall Productions bought the building and began renovations. The restoration remains a work in progress, but the partially finished space was opened up for performances in mid 2011.

Although the theater is primarily a venue for live performance, the festival, which was previously just called Freeze Frame, celebrates the Beacon's origin by focusing on films produced in or by people from the Hudson Valley. The event opens at 7pm on Thursday with a selection of four documentaries and two shorts by Vassar students and three music videos directed by Jarek Zabcynski. Over the rest of the weekend, The Beacon will show four documentaries, including The Linguists, three shorts, three feature films, and, starting at 11am on February 9, a selection of family friendly animation.

Festival director Kim Elizabeth emphasizes that the event's focus was local, saying that she and the other organizers had "a unique opportunity to listen to the people of the Hudson Valley and try to screen films that resonate with them, and to also educate our own populace on the brilliant filmmakers right here in the Hudson Valley." She adds that the festival is tied to its venue, and that both the renovation of the Beacon Theatre and the advent of the film festival are parts of a wider renaissance in the city of Beacon. Elizabeth, who is in her first year as the festival's director and who also works on other projects at the theater, is very excited for this year's lineup, and she pointed to one film in particular as a highlight.

Collar, which will screen at 4pm and then again at 8pm on Saturday, is the centerpiece of a day dedicated to the work of Goshen's Willy-Gilly Productions. Written and directed by David Patrick Wilson (also one of the movie's stars), Collar, which also features actors Tom Sizemore, Rebecca DeMornay, and Richard Roundtree, is a very contemporary story about a cop who gets suspended 30 days before he is due to retire and decides that he has to strike out on his own to clear his name. With Collar, Wilson was looking for a way to dramatize what happens when a person is "involved in a horrific event and suddenly loses his job, [and] is forced to take a look at his life without his work and without his pension." The filmmaker adds that the movie, much of which was shot in Middletown, has a distinct Hudson Valley flavor. The region "really enhanced the look and feel of the film," Wilson says. "Made it feel like a real suburban-city environment." Wilson, as well as the movie's producer Nan Gill, will take questions after Collar's second screening.

There will also be question and answer sessions with Jarek Zabcynski following the presentation of his music videos on Thursday, and with directors Seth Kramer and Jeremy Newberger after the screening of The Linguists at 9pm on Friday. Saturday night's festivities will end with a performance from The Back Again Band, a classic rock/blues group of which Kim Elizabeth is a member.

The Beacon Film Festival: Freeze Frame runs from February 7 through February 10 at the Beacon Theatre. Passes for the whole weekend are available for $60, tickets for individual afternoon and evening blocks are $18, and tickets for the festival's opening evening and the Saturday morning block of animation are both $5.