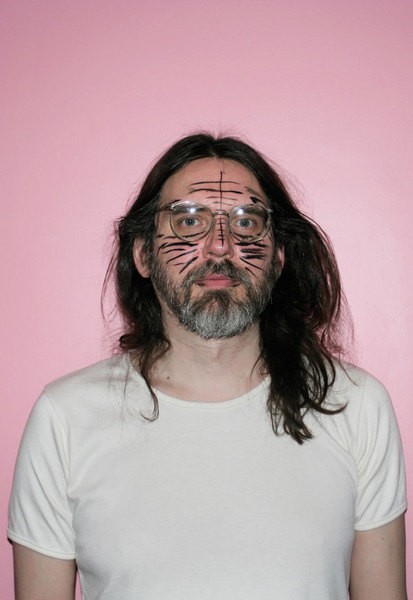 John Doe Records and Books, in the 300-block of Warren Street in Hudson, is pretty hard to miss. A former service station, its parking lot is now an obstacle course of rust-covered file cabinets and paint-peeling bookcases, tables, chests of drawers, and other antique furniture for sale. Inside the 1950s brick building’s front room are a couple racks of chicly garish vintage clothing. Beyond, in the back rooms and the adjacent wide-open garage, is where one finds the advertised goods. Each of the three dusty chambers is a thick jungle of disorganized stacks, boxes, and buckling shelves of old LPs, 45s, magazines, paperbacks, and ephemera, making the site a veritable Tut’s tomb of castoff cultural riches. It’s the kind of place a vinyl and book junkie calls heaven. Somewhere to while away a whole afternoon, getting your fingers dirty unearthing treasures while your groaning, toe-tapping mate, if you have one, gives you the evil eye and goes off to find a latte.

Lording over this vast, beautiful mess is shop owner Dan Seward, a gangly, long-haired slacker whose downward gaze and quiet demeanor have led more than a few to mistake him for a curmudgeon. He’s not. The moment you engage him, you find that he’s happy to offer what he knows about certain items or to make small talk about the weather or the town. “I came to Hudson about five years ago,” he says. “The store used to be across the street, in a basement that I rented for $200 a month. Before I ended up here I had a shop in Pawling for a while, then one in Tivoli, another in Rosendale. Retail’s in my blood, man. And recession or no recession, I’ve never seen so many people buying records—it’s crazy. So it’s going really well.” Apparently it is, as he recently opened an annex down the block and with his partners has plans to open another location, John Doe Jr., in Greenfield, Massachusetts. But retail isn’t all that Seward does. He also fronts a band: the Bunnybrains.

In a pivotal scene of Hesse’s Steppenwolf, the protagonist Harry Haller, in the persona of the title character, is out for a walk when he stumbles upon the Magic Theater, its neon sign bearing the enigmatic legend NOT FOR EVERYBODY. The Bunnybrains are not for everybody. A loose-knit cooperative with Seward as the only constant (its website lists an incredible 65 past and present members) that began in his home state of Connecticut in 1988, the band is a kind of nose-thumbing, willfully tuneless, acid-damaged, psychedelic noise unit very much akin to early Butthole Surfers or San Francisco’s legendary Flipper—not something likely to make the playlist of your local Clear Channel franchise, to be mild. And as portends another enticing sign outside the Magic Theater, one that reads ANARCHIST EVENING ENTERTAINMENT, the Bunnybrains’ squalling, brain-bashing shows are heavy on spectacle—unhinged, shambolic performance art that usually finds the bearded Seward in makeup and a dress and the other members holding forth in animal or wrestler’s costumes, the stage adorned with bizarre props and flashing strobes. Seward, whose stage name is Dan Bunny, has absolutely zip in the way of musical training. “I play guitar or keyboards on some of the songs but I don’t know what I’m doing at all,” explains the 45-year-old. “If someone asked me what a G chord was, I’d have no idea. Most of what we do is made up on the spot, but if I do have some kind of melody or riff I’m thinking of I just kind of hum it to the rest of the band and we work it out. Sure, it’d be great to be more competent, and I guess if I really wanted to learn to play, like, 12-bar blues or some kind of Woodstocky world music, I could. But why? Those bands are fine, but there’s already enough of them around.”

Seward grew up in Danbury, Connecticut, where he learned his day trade by working in record stores and opened for local hardcore bands in the guise of performance artist Eg the Poet, whose act with “musical” accompanist Malcolm Tent proved too punk for the punks. “The scene in Connecticut at that time was all of these really militant straight-edge kids, and they absolutely hated me,” recalls the soft-spoken, dry-humored Seward. “I’d read my poems and throw eggs at them, smear jelly and jam all over myself, pull spaghetti out of my underwear, [pretend to] fuck pizzas and frozen chickens on stage. I thought I invented what I was doing; then I found out about [pioneering performance artists] Karen Finley, Joanna Went, people like that. Years later, I learned that a lot of the kids secretly respected me for being different, but when I was on these bills with [hardcore crew] Youth of Today or whoever, most of the audience just wanted to kill me.”