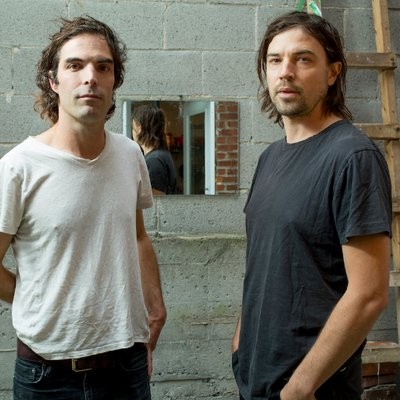 For any Americana-based act, getting to perform at Levon Helm Studios is akin to a Catholic visiting the Vatican or a Muslim making the pilgrimage to Mecca. The Barn, as it’s commonly known, is a sacred temple to the Band, Helm, and the music and music-making he loved and inspired in so many others. One such act is the Barr Brothers, who come to the Woodstock venue to pay their melodic respects on December 8.

With true-life brothers Brad and Andrew Barr at the core of their shifting lineup, the band began in Providence and is presently based on Montreal. The group has had a banner year, touring with the War on Drugs this past fall and, more recently, the Milk Carton Kids (whose “Michigan” was, coincidentally, covered by Levon’s daughter Amy Helm on her newest album). The Barr Brothers’ third and latest album, Queens of the Breakers, landed them live slots on CBS’s “Good Morning America” and rave writeups in Rolling Stone, MOJO, Q, Uncut, and other publications.

This clip features the outfit playing a moving “Song That I Heard” on Seattle’s KEXP:

The Barr Brothers will perform at Levon Helm Studios in Woodstock, New York, on December 8 at 7:30pm. The Weather Station will open. Tickets are $40 seated and $25 standing. For more information, call (845) 679-2744 or visit https://levonhelm.com/.