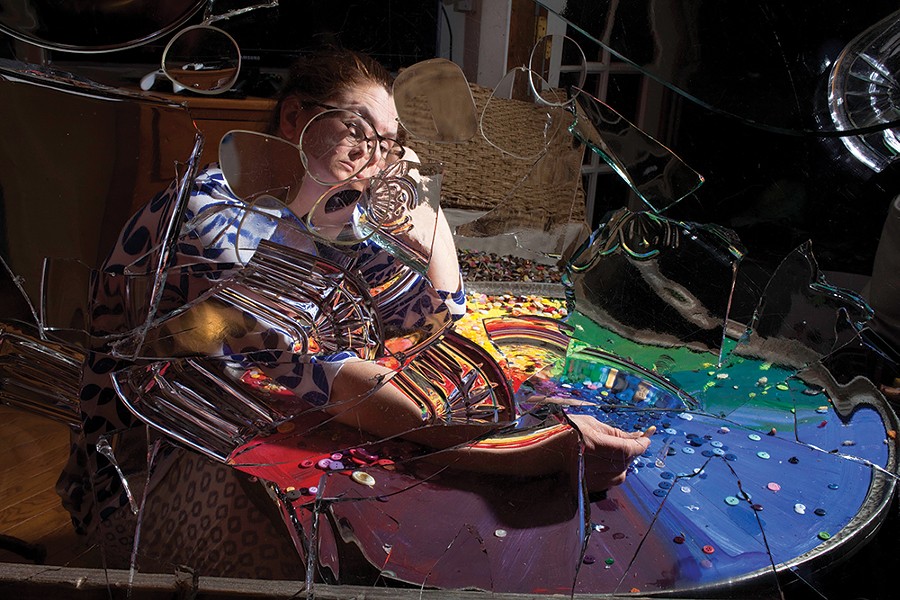 In early November I was sitting in a church basement, gathered with like-minded people, listening to each other's stories. When the meeting was over the guy next to me coughed into his hand and then held that hand out to me so I could hold it while we said the serenity prayer.

I didn't take his hand. Instead I fled that room and didn't go back to any like it for the rest of the year. In mid-January I went to Los Angeles for 3 weeks. While there I went to another meeting, because, you know, fresh air and sunshine. But people on the west coast kept complaining about a deep woeful cough they had had for months. I skedaddled halfway through.

If you know me in real life you know my rules— no hugging from Halloween to St Patrick's Day. Elbow bumps instead of handshakes, but really, no contact is ideal. I can love you from afar. BACK UP, BUSTER! I know how flu and colds are spread. It's simple.

This has caused huge rifts with friends, even as late as March 7th of this year. I made it clear that I was fine losing those friends.

On March 11, I made the heart-wrenching decision to cancel Woodstock Bookfest 2020, which was to take place March 26-29. I had been working on it for months. I let my team and the authors know first, and was surprised by the people who wrote to say I was overreacting. A couple admonished me for panicking. That night I went out for a burger. That burger, delicious as it was, turned out to be the last meal I would eat that was not made in my own kitchen.

Early on March 12 I realized serenity was slipping from my grasp. I was walking a fine tightrope between fear and fury, the wire straining to hold my grief. When scrolling through Facebook I saw an old friend was celebrating 20 years in those rooms. I texted her and a mutual friend of ours and we FaceTimed for an hour. We talked about the pandemic, but we also talked about what we talk about in those rooms, and how isolation isn't good for folk like us. We agreed to meet the next day on Zoom. We would each invite a friend or two, women like us.

Live meetings were still happening in real churches, but I knew that was out of my comfort zone. And then, a week later, all the churches in New York State closed their doors, and every meeting went online. By then our little group had grown to over 50 women, some checking in from Los Angeles and Sante Fe, some from Europe.

Most mornings I try to show up at 10am to be with the newcomers. It's hard to imagine what they're going through, to do this without being surrounded by people who look you in the eye, take you for coffee, reassure you. I also go for the old-timers. And to remember that doing this sober is so much easier than doing it drunk and high. And to laugh so deeply with strangers who remind me what serenity feels like.

Martha Frankel is the author of Hats & Eyeglasses: A Memoir and the executive director of the Woodstock Bookfest.