Despite their combined decades of experience in the design industry, newlyweds Kristin Coleman and Chad Phillips had far-ranging ideas about what their first joint venture might be after moving upstate. “We had a laundry list of things we could do,” Coleman says. “At some point we wanted to open a weird international snack shop; we were looking to go in with numerous friends on an Airbnb property; then we were going to do a beer shop like a wine store with taste profile [shelf talkers]. We were just thinking about all these different scenarios, romanticizing running our own thing together.”

But after two years of pandemic-era art and furniture collecting and an impromptu real estate opportunity, their shared passion for design won the day and the couple opened Available Items in Tivoli in June.

The home-centric shop, located on the first floor of a c.1900 house on Broadway, is a repository for the loot the pair avidly amassed since moving to Germantown full-time in 2020. There are treasures handpicked from yard sales, scouted at estate sales, and won in online auctions, as well as items purchased during their work and personal travels. The inventory spans books both new and used, vintage magazines, furniture, folk and outsider art, home decor, objects, and oddities.


Both Coleman and Phillips still maintain their remote 9-to-5 gigs during the week, with the shop open on Saturdays and Sundays. Coleman is the senior vice president at Novita, a New York-based PR and marketing firm specializing in design and architecture. Phillips is the director of buying for the curated multibrand website Afternoon Light, which he describes as “Net-a-Porter for the home.” His design resume is lengthy and varied and includes reimagining retail for the shops at Brooklyn Museum and the Cooper Hewitt Design Museum; developing toys and apparel at Kidrobot; as well as stints at Fab.com and the now-closed SoHo design mecca Moss. 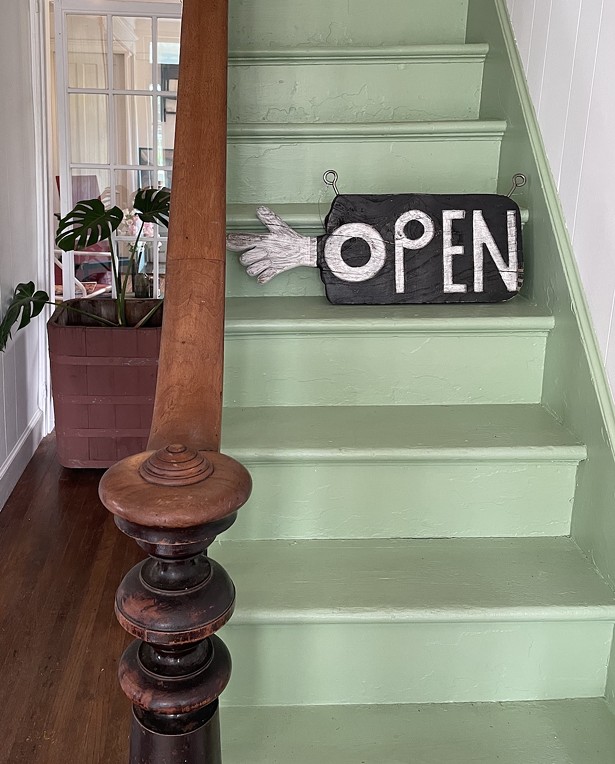 When friends sent them the real estate listing for 64 Broadway last summer, Coleman and Phillips immediately fell in love. It took six months to close on the property, in which time the idea for Available Items gestated. The couple describe the shop’s aesthetic variously as “psych folk,” “folk art—but furniture,” “a little odd on purpose,” and “pull yourself up by the bootstraps and get it done…but through New York City decorative arts lens.” There is a handcrafted quality that unifies the disparate items in the shop, from the unsigned, abstract wall art to a mid-’80s DIY take on a German Bauhaus chair.


“With the pandemic and shipping getting messed up, we thought it was a great idea to encourage people to buy something that already exists,” Phillips says. “It’s new design mixed with vintage, quirky, weird, left-of-center stuff that kind of fits within the design world that I have been in. We wanted to take that idea and show older pieces that were already doing that.” 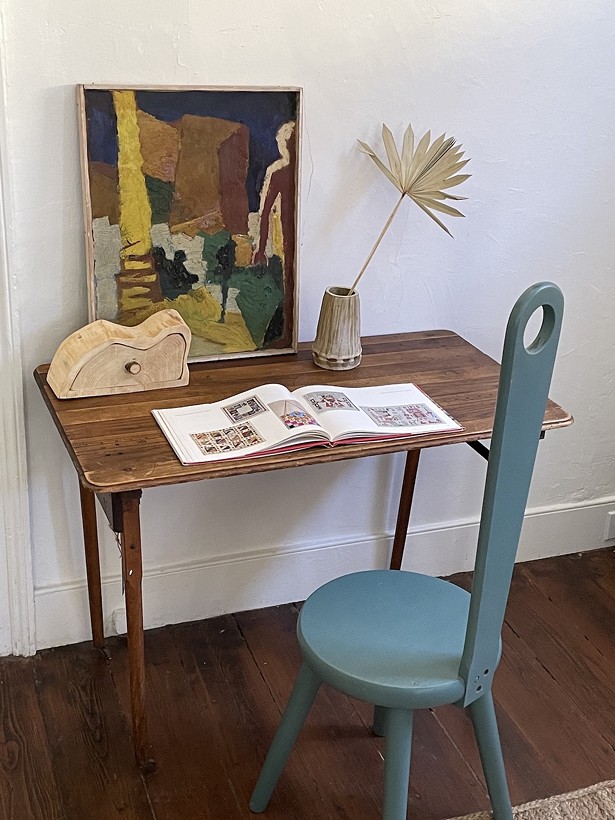 Phillips, raised on a farm outside Nashville, manages to marry an urbane aesthetic with a scrappy, rural sensibility, tempered and balanced by Coleman’s own eclectic taste. (“I had to stop him from buying all the primitive stuff in the world,” she says.)

The name Available Items is repurposed from a retail pop-up Phillips did several years ago, when he pulled together a collection from designers’ existing studio stock. When he and Coleman considered the name for the shop, they found they liked its open-ended flexibility—something that could grow with them as the concept evolved. They imagined Available Items, Available Classes, and Available Rooms, during the brief period that they considered making the space above the shop a vacation rental. “It’s a prefix,” Phillips says. “It’s very all-encompassing.” 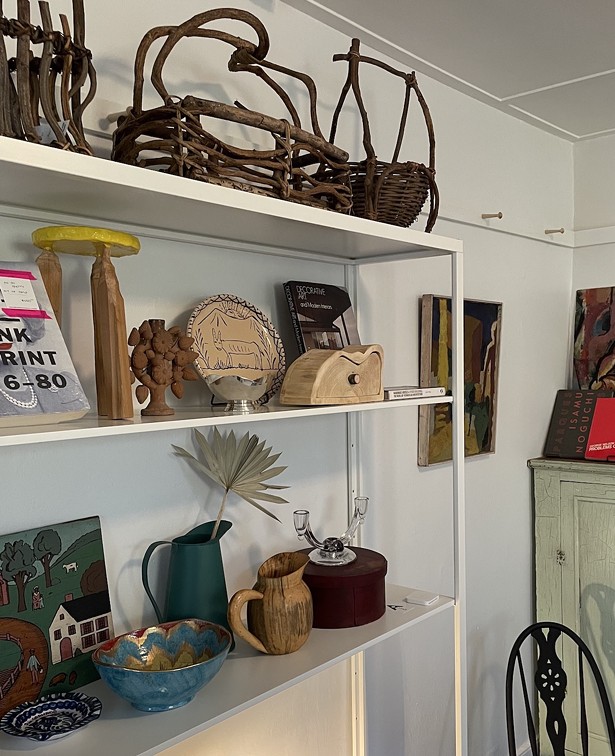 The Available Classes concept will likely launch this fall and focus on design-adjacent practical crafts and skills ranging from knot tying to lamp rewiring. “We want to activate a lot of this stuff for kids,” Phillips says, “so they can see how easy it is to make a chair or a lamp or a pillowcase. It demystifies it and makes it more accessible.” They also plan to host seasonal art exhibitions and group shows later this year.


In the meantime, they are focused on putting together their inaugural show “Going to Country” for Upstate Art Weekend, July 22-24. The show will bring together 13 New York State-based artist and designer friends in what Coleman calls, “a playful take on traditional furnishings and country tropes.” There will be Delft-inspired ceramics, Windsor-inspired furniture, quilted textile paintings, and milking stools galore. “We’re surrounded by creative people and we’re meeting more all the time,” Coleman says. “We’re excited to have a platform to share their work.”

A post shared by ✨Open in Tivoli NY✨ (@available_items)


Available Items is open Saturday 12-6pm and Sunday 12-5pm and by appointment.

Let's Get Weird: A New Artist-Run Shop in Ellenville