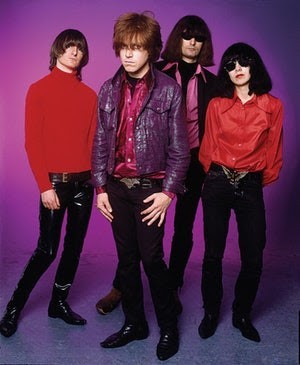 Earlier this week, I previewed the happening Pittsfield CityJAZZ festival, which kicks off next week. Well, here’s another enticing Western Mass musical event to stick on your radar, one that many local fans of underground rock will be amazed to learn is happening in our region: The influential Australian band Scientists have reunited, are touring America for the first time, and are actually playing at the Root Cellar in Greenfield, on October 11.

Formed in Perth in 1978 by singer and guitarist Kim Salmon, the Scientists initially played a credible take on the melodic punk/power pop sound of the day. But by the early 1980s, the revamped quartet had reinvented itself with a distinctly darker, swamp-noise approach that would prove a key touchstone for the punk blues genre that followed. The group has been name-checked by Sonic Youth, the White Stripes, Nick Cave, Jon Spencer, Mudhoney, and others for their inspiration.

The Scientists will perform with Easy Action (AKA Negative Approach) and at the Root Cellar in Greenfield, Massachusetts, on October 11 at 8pm. Tickets are $25. For more information, call (413) 773-3290.