At the Heart of the Universe

Inside The Family Home of a Musician and a Daoist Priest

Ian Duncan is mastering the art of translation. Not only is the founder and abbott of the Northern Dipper Temple translating ancient Daoist liturgical texts from classical Mandarin to English, he is also translating the ancient religious tenets into practices that meet the needs of modern householders. Daoism, which first originated in China at least 5,000 years ago is "an enlightenment tradition," explains Duncan. It emphasizes simplicity, humility, and compassion, as well as freedom from suffering by living in harmony with nature and the Dao, or the eternal flow of all things, and the "effortless virtuous action of non-doing —or WuWei."

Daoist spiritual traditions and philosophy inform not only Duncan's daily life, but also the architecture and building of the home he shares with his wife, the musician Heather Masse—who is both a solo artist and one-third of the Juno-winning band The Wailin' Jennys—and their two kids. Duncan designed and built the 3,200-square-foot timber frame home and adjacent temple himself, using traditional Japanese and European techniques and incorporating passive solar elements into the architecture. "Daoism is a living tradition," Duncan explains. "Now with an outpost here in the Hudson Valley." 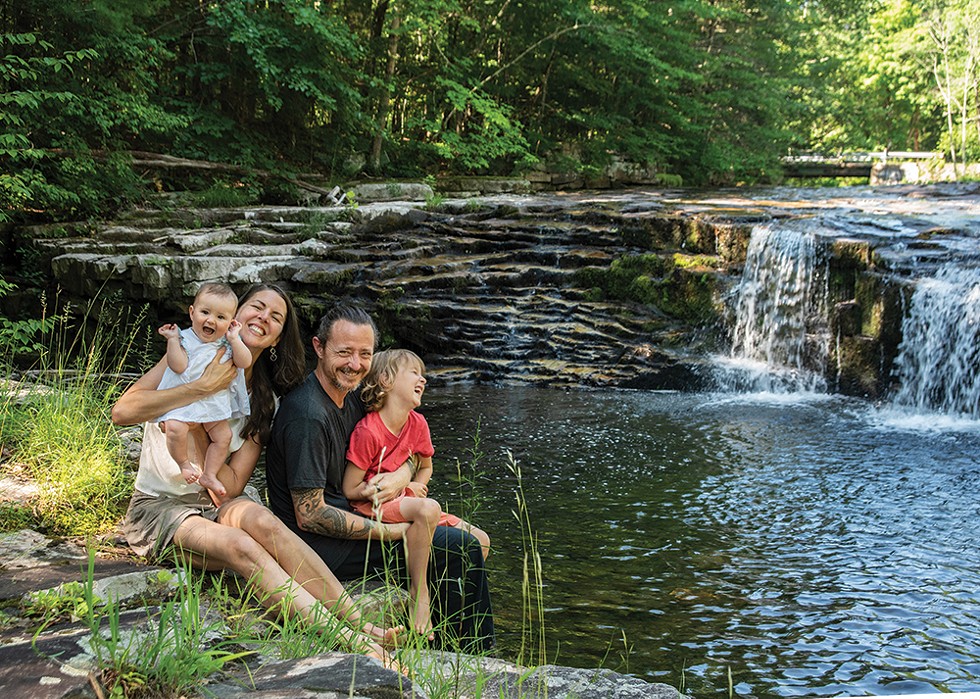 After a childhood in Kentucky and New Hampshire, Duncan attended college in Maine and then landed in New York City's Chinatown where he worked as an abstract artist. He first encountered Daoism in 2007 through the book Vital Breath of the Dao by Wu Zhongxian and was intensely drawn to its teachings. "It was the language of it," Duncan explains. "It just made intuitive sense to me and resonated on a deep level. It was separate from anything I was raised with, but at the same time, it felt like I was coming home."

He began studying with Master Wu, traveling with him to China in 2008 to visit Daoist sacred sites, including the Dragon Gate Caves Temple. "I felt a deep connection to the place and the abbot, Master Zhu Fa You. I knew that I wanted to return, to become a disciple and a priest," remembers Duncan. However, the language barrier and his desire to start a family seemed to make this dream an impossibility. "This particular lineage was especially traditional and strict," explains Duncan. They had never ordained either westerner or a "householder"—someone who takes on the responsibilities of having a family, home, and work (as compared to a renunciate). "Still, I continued to feel connected to the caves and to Master Zhu, finding myself there in dreams and meditations," Duncan recalls.

In 2009, he and Masse were married by Master Wu, using water from the Dragon Gate Caves in their ceremony, and later that year, they moved from Chinatown to the Hudson Valley. They loved the area's natural beauty and felt that both economically and psychologically it was a better place to start a family.

They bought 15 raw acres in Accord with the intention of building a house, but the inclination to do more—both with the land and Duncan's Daoist practice— persisted. Even though Duncan was a householder, he still felt a strong calling to become a priest. "The idea wasn't fully gelled in my mind when we came up here," explains Duncan. "It evolved as the house design evolved and our lives evolved." He began clearing the land in preparation for building, and he and Masse lived onsite in a yurt as they built their new home and what was to become the Northern Dipper Temple.

"The whole process was one of discovery," Duncan explains of designing and building both his home and temple. He felled some of the property's abundant red oaks, and, in the process of learning to mill them, gained an appreciation for the beauty of their woodgrain, ultimately using them for the home's exposed beams and about half of the frame.

Duncan was aided by Jim and Peter Kricker of Rondout Woodworking in Saugerties as well as neighbor Mike Herzog of Stonykill Builders. He used mortise-and-tenon joinery for the beams and then used the German method of woodchip and clay infill to create 12-inch-thick walls. At first, Duncan and Masse tried to source the clay from their own property, as they'd done with the beams. "At the beginning we were very romantic about it," remembers Masse. "We tried mixing it with our bare feet—we patched maybe one five-and-a-half-foot corner." The couple eventually sourced bagged clay to complete the structure's exterior walls. As they were completing the home's exterior, Masse became pregnant with the couple's first child, but that didn't stop her from lending a hand to raise the roof beams.

As the building progressed, the idea of building a temple became clearer. "As my Daoist practice matured and developed, I continued to feel clear about the importance of the support of a committed religious community and practice on the path to enlightenment," Duncan says. In 2010, he founded the Northern Dipper Order and Temple to support both his own practice and the community he was growing locally, naming it after the constellation that, in Daoist philosophy, is believed to be the heart of the universe. "The cycling of the Big Dipper through the night sky is believed to give birth to time and space," Duncan explains.

The slow, steady progress of the building allowed Duncan to consider the needs of his growing family in designing the home's interior. "When our son was born, the house was rough. It was really just warm and dry," Duncan remembers. Throughout the home's main living level, Duncan installed propane radiant heat coils and poured concrete floors. The home's windows were sized and placed to work with the overhanging eaves, allowing the home to receive ample warmth from the sun in winter and shade in summer. At the heart of the space, Duncan worked with a local stone mason to design a masonry stove, forming the main living room's double height north wall. The passive solar design and the fireplace, along with the radiant heat floors, provide ample heat throughout the year. (The home is totally off-grid with solar panels and a propane generator.) 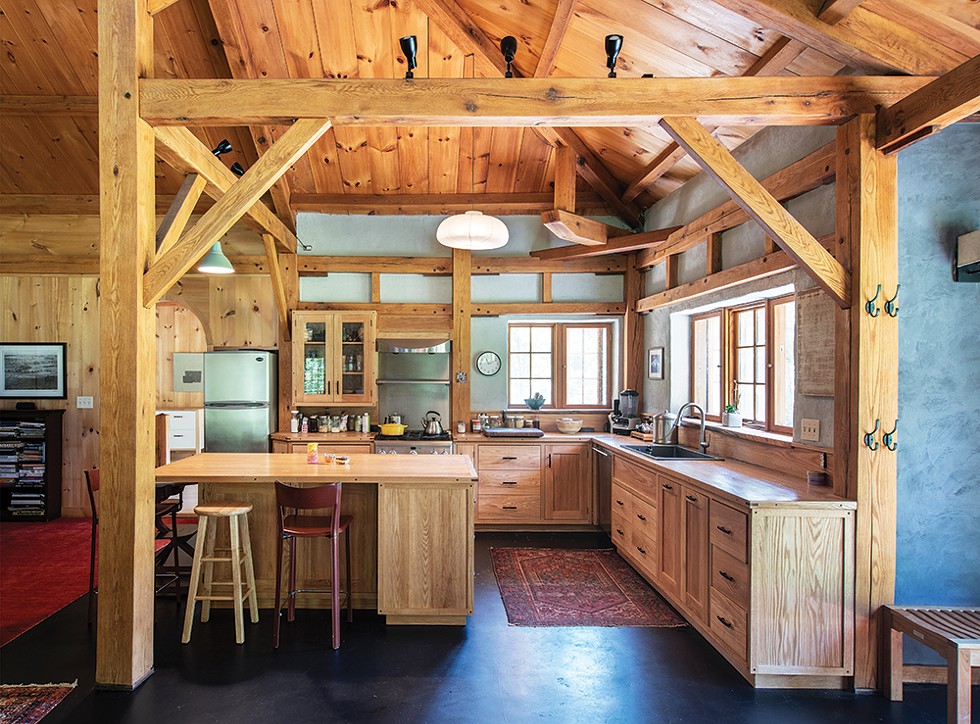 Duncan drew on his experience as a parent, as well as the Chinese practice of Feng Shui to inform the details of the home's interior layout. "We aimed for a minimal, casual, timeless space that was visually quiet with a sacred orientation," Duncan explains. The south-facing home is entered through a large mudroom, which opens into the main living area. Above, a cupola roof has windows facing all four directions. The southward orientation was intentional. "Not only does warmth come from the south," explains Duncan. "[In Feng Shui], human energy comes from the south as well." In the southeast corner of the main living area, Duncan worked with Jeff Gagnon of Rondout Valley Natural Builders to create an open layout kitchen with ample wooden cabinetry. "Both the kitchen and dining area received eastern morning light and act as the wood energy in the system," explains Duncan. "Both elements encourage nutrition, growth, and family."

The home's bedrooms are divided into two north-facing wings, and the layout of the home allows for flexibility in meeting the family's—and Northern Dipper Temple's—evolving needs. 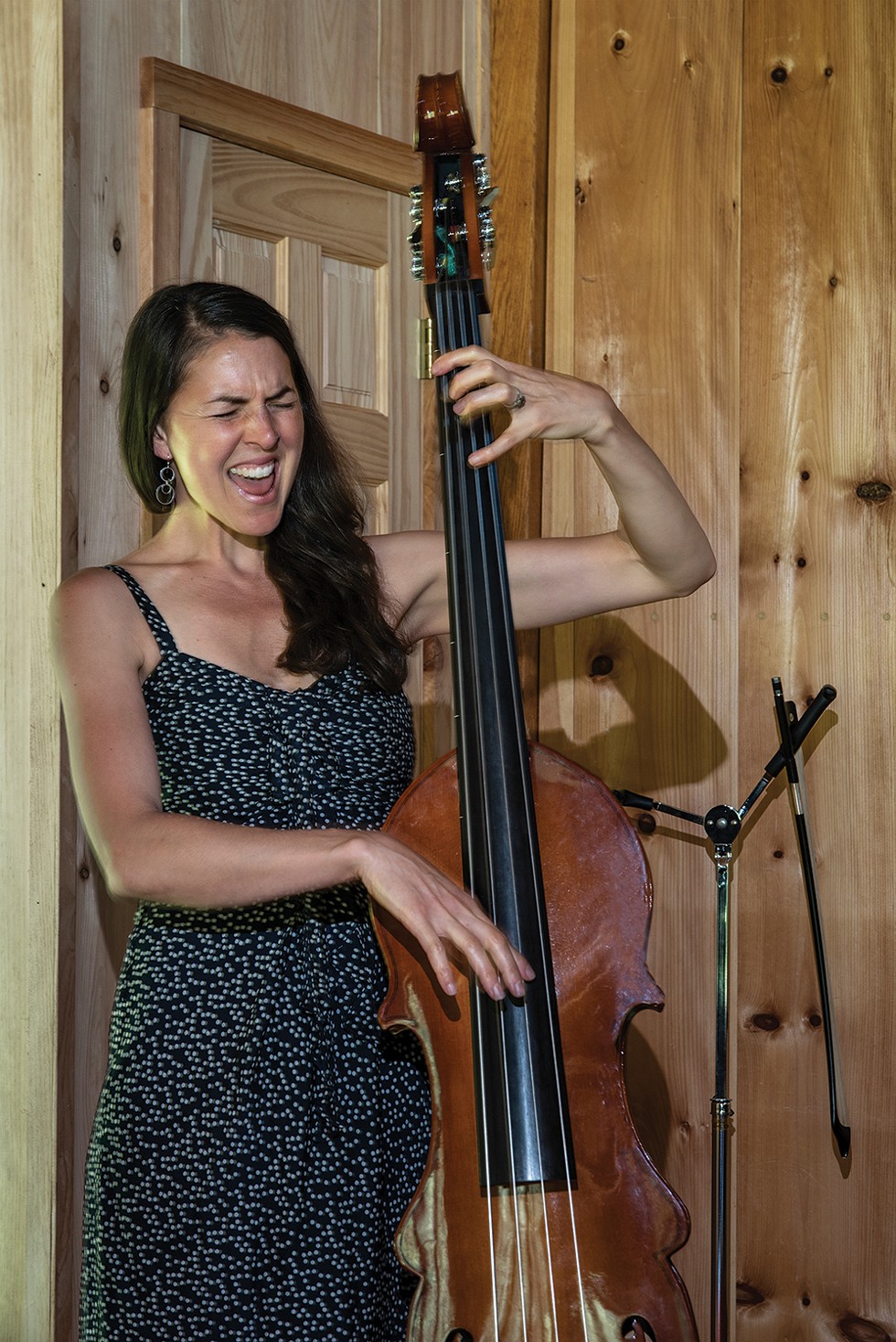 After their first child, the couple was acutely aware of the pressures around living well, sleeping enough, and raising a newborn. So with their second child, they decided to capitalize on the flexible layout of the home to improve everyone's quality of life. In the northwestern corner of the home's main level, a large suite currently serves as a bedroom for Masse and the couple's newborn daughter, Ida. Overlooking the woods and a stream through a bank of north-facing windows, the large rectangular space has an open tub along one wall, a double bed at one end, and a crib at the other.

A stairway from the main living and kitchen area leads downstairs to a wing of smaller north-facing rooms built into the side of the hill. Once filled with bunk beds and utilized for Daoist retreats, the space currently serves as a bedroom for Duncan and the couple's six-year-old son, August. Along with a laundry and utility room, an additional bathroom, and overflow storage space, there is a writing room for Duncan.

"This current configuration works very well," explains Duncan. "Heather and Ida are in their room from 6pm to 8am, and she often has to sing loudly to settle Ida in the middle of the night. But when August and I are wrestling in the other room, it doesn't wake them up. Everyone gets plenty of sleep."

The temple, built at the eastern end of the house, was the last piece of Duncan's construction odyssey, and the resulting structure shows the accumulation of his learning. "It was very satisfying how everything came together and to get to utilize the various building skills that I'd developed," he says. To build the structural manifestation of the Northern Dipper Temple, Duncan felled four new trees, milled them, cut the joinery, and erected the space in a matter of weeks. With a vaulted ceiling, the temple has windows facing in three directions overlooking the surrounding woods.

In 2018, after years of study with various Daoist lineages, Duncan returned to the Dragon Gate Caves Temple where Master Zhu accepted him as a formal disciple and he was ordained into the 30th generation of the Complete Reality Dragon Gate Secret Lineage. 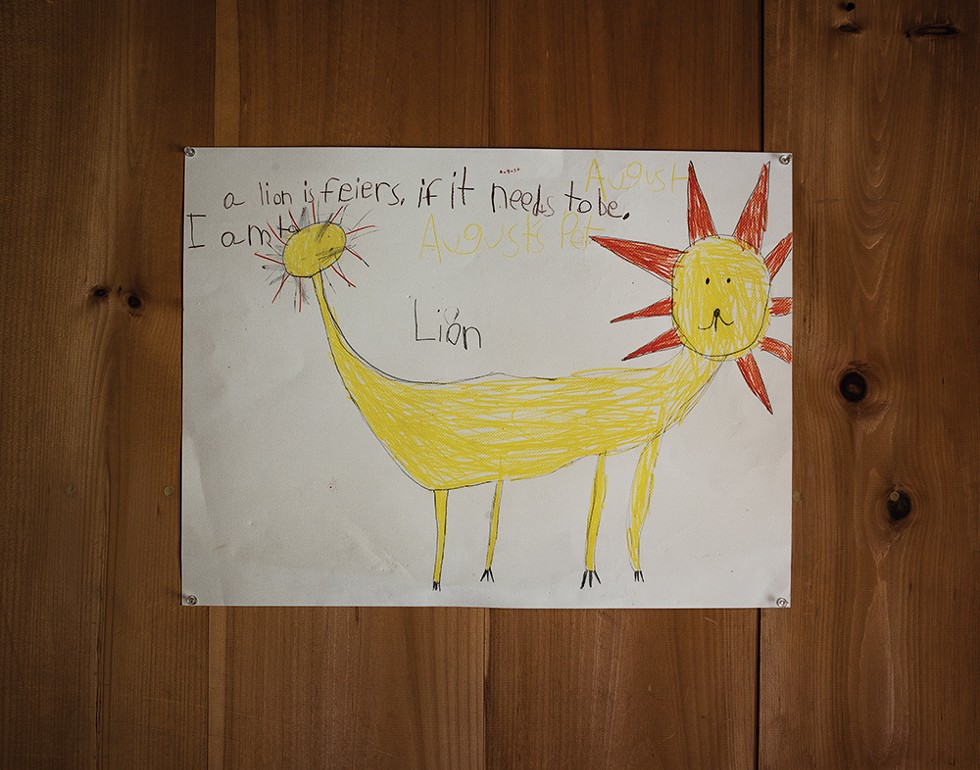 "There have always been some streams of the Dao in which priests were also householders with families and world responsibilities, but this was the first time since it was founded 800 years ago that this guarded lineage has opened to a westerner or a householder. It's a great honor to carry the tradition forward here in the West."

Currently, Duncan teaches regular classes at Northern Dipper Temple and holds retreats for a mixed community of approximately 30 laypeople and formal disciples and is focusing on carrying forth authentic Daoist traditions and serving the needs of people on its spiritual path.

The original print version of this article was titled:
"At the Heart of the Universe"

Market Watch: At Long Last, Accord Gets a Grocery Store

How to Spend A Stellar Weekend in Bucolic Accord