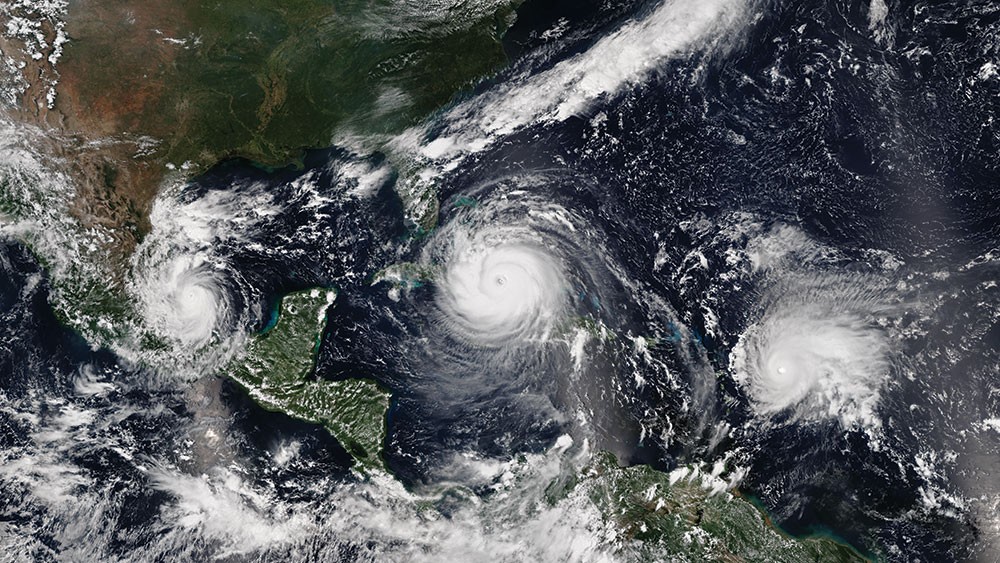 Astrology may be the most objective means of studying the world, since it’s inherently meaningless. Every experiment needs a control of some kind, and astrology, removed as it is from any known law of cause and effect, provides the perfect null value.

We bring all the meaning astrology has, through our stories, myths, observations, speculation and the ability to “read” a chart, which is a different form of reading than reading a book. It’s still a form of literacy, though it uses entirely different capacities of the mind. So, in this sense, astrology is also the most subjective means of studying the world. We see what we see and assign meaning as a willful act.

Keeping that in mind, I’m here today to evaluate what has happened in the wake of the Great American Eclipse of August 21, 2017. This was the first eclipse in US history to move from coast to coast, and where totality was over the American continent itself rather than over the ocean. In a video presentation that came out shortly before the event, astrologer Dale O’Brien gave the history of eclipses that have cast shadows over the United States, and described the timing of what happened in the months after they occurred (a Google search for “Eclipse Paths” and the author’s name will get you to the right video).

To sum up Dale’s excellent research and presentation, there are always cascades of history-changing events after eclipses touch our country. However, they usually take slightly longer to manifest, around a month to six months.

If you study old astrology textbooks, eclipses (like comets) have a terrible reputation, and are usually associated with pestilences and disasters. Leo eclipses in particular are associated with extreme weather patterns, and Leo itself is associated with flooding events. (Hurricane Floyd, the first of what I would call the global warming hurricanes to arrive in the Northeast, happened right after an unusual Leo total solar eclipse. Hurricanes Rita and Katrina happened shortly after Saturn entered Leo in 2005.)

It’s fair to say that this eclipse appears to have unleashed the furies. In just one month, the United States has experienced four overlapping record-breaking hurricanes, whether we’re talking about destruction, wind intensity, flooding or nifty tricks like making landfall three times. The infrastructure of entire islands was wiped off the map. Vast swaths of Florida and Texas were flooded, rearranged or otherwise destroyed. As of this writing, all of Puerto Rico is sitting in the dark, without electricity or sewerage service.

Then there are the earthquakes in Mexico, with some rippling into the United States. Mexico is, in effect, part of the US, as our histories and populations are so intimately intertwined.

During the post-eclipse phase, the Dreamers—young children who came to the United States as children, mostly from points south—have become a political football. As of this writing, rescuers are digging a tunnel under a collapsed school in an effort to rescue trapped students.

Then there’s North Korea. During one of the epicenters of eclipse activity, during the September 3 through 5 phase, North Korea allegedly tested a hydrogen bomb—a monumental event in global history. Any country getting the H-bomb is a monumental event, and there has not been one in a while.

This began the latest round of Trump threatening nuclear war, which culminated with his late September speech at the United Nations, threatening to totally destroy the country if it did not cooperate. We don’t really know what North Korea is offering because we are not privy to the communications.

Additionally, President Trump has repeatedly been threatening to pull out of the nuclear deal that President Obama made with Iran, risking yet another escalation and more rigging of the world with atomic bombs. Trump seems not to understand the notion of deterrence. If you recall, around this time last year, he asked American generals why we didn’t use atomic bombs more often.

Finally, the investigation into Russia’s manipulation of the election, the Trump campaign’s collusion with the Russians, and (as of late September), potential crimes committed personally by the president has ramped up over the past six weeks. The efforts of Bob Mueller, the special counsel, seem like they will inevitably precipitate a constitutional crisis of some kind. Whether this involves the impeachment of the president, or criminal charges against him and members of his administration, we will once again have our minds taken off of the important business at hand: stewarding the nation and the world in a critical time of transition.

Remember that the eclipse occurred within one degree of the ascendant of the president. That makes it distinctly personal to him. Events of mid-August through early September are a permanent feature in his life.

So, we had an unprecedented eclipse, followed my many unprecedented events. The new normal is total insanity. As I’ve mentioned in previous columns, the United States is about to have its Pluto return—an entirely new event associated with the 250-year orbit of the anti-planet formally designated minor planet (134340) Pluto. We will study this more carefully in future editions, though with the Great American Eclipse, it’s my opinion as an astrologer that the US Pluto return has officially begun.

In the US natal chart, Pluto is in Capricorn. And today, Pluto is also in Capricorn, where it’s been since 2008. The combination of the unstoppable force of Pluto with the solid, structured energy of Capricorn has been more or less constant chaos, economic upheaval, political turmoil, and social collision. It would seem to be working well for the plutocrats who run the country, though cancer has lots of fun right up until it kills its host organism.

Saturn, at the Center of the Cyclone

Before Saturn reaches Capricorn, it will make a conjunction to the Galactic Core, which is located in very late Sagittarius. The Galactic Core, not well-studied, valued or understood by mainstream astrology, is the center of our spiral island in space.

At that center is a supermassive black hole, and even astrologers studied in the reading of deep space points seem to view it as such. However, it’s the center of our cosmic home within the vast expanses of space. I consider it a spiritual homing signal, or point of orientation.

It’s the perfect and fitting symbol for Sagittarius, which is the sign of the exotic and the remote. Somewhat humorously, it was discovered in 1932 when Bell Telephone engineers were trying to sort out the source of a hissing sound they heard coming over brand new transatlantic telephone wires they were testing out. The discovery is officially credited to a scientist named Karl Jansky, who was working for Ma Bell, now AT&T. I imagine that hearing his name arrives with a little burst of love and respect in every astrophysicist.

What we think of as the occult usually runs centuries ahead of science. Long before this discovery, astrologers were onto the “long distance,” “foreign,” and “overseas” symbols of Sagittarius, and what the heck, Sagittarius delivered. This sign is also associated with many things spiritual, and figuring out that our galaxy has a central point would qualify as such, in my view.

Saturn conjunct the Galactic Center, exact on November 24, 2017, is the culmination of the three-year Saturn in Sagittarius journey, which dates back to late 2014. While inherently meaningless to scientists, speaking as an astrologer, I would propose that this event is about the practical application of spirituality.

Saturn gives concrete expression to whatever it may touch. Most spirituality is abstract, to the point of having nothing to do with actual human affairs. It’s often a collection of ideals and dogmas, featuring people undergoing all kinds of special training supposedly to become better people, which mostly happens inside their heads. Or worse, “better person” translates to better than you. Saturn’s presence in Sagittarius is reminding us that action is the fruit of knowledge. What would be the point otherwise?

The optimism of Sagittarius is indeed tempered by the real-world concerns of Saturn, though at some point, the two must engage one another, and we are approaching a peak moment for that. Once Saturn ingresses Capricorn, the emphasis will be almost entirely on the practical, and will likely be followed by continued escalation of political crisis. How we respond to that crisis must be informed by something other than desperation or greed.

Saturn’s conjunction to the Galactic Core is calling for people to focus a vision of the future. We have plenty of problems to solve; indeed, it would seem we have little other than problems, and loads of technology. It will be easier to apply our technology in a sane way if we have a vision for the future. By we, I don’t mean world oligarchs and plutocrats; I mean us.

Each of us who aspires to make the world a better place.

Each of us who does not cling to Every Man for Himself.

Everyone not obsessed by “My country, right or wrong.”

Each of us who has invested in learning about ourselves, in personal growth, in healing, and in learning healing technology.

Each of us who recognizes that dogma of any kind blocks or obscures the truth.

Each of us who seeks sincere understanding.

Each of us who does not see their own needs as apart from those of their fellow people.

Saturn demands commitment. It may be the most important agent of change in astrology, because it is regarded as the lord of time, with which any and all change is involved. Taking Saturn at its most enlightened, time must be engaged as an ally if we are to use it well. Instead, it’s more often wasted or weaponized.

Spirituality Must Be About Actual Kindness

Saturn sets limits. If most spirituality is a head-trip, much of religion is used as an excuse to foster separation or blatant cruelty. You could poke a stick into any phase of history going back a few millennia and jab some facet of history where lots of people were killing other people in the name of God.

Today, we live with seemingly opposing religious camps—the more—shall we say—pumped up versions of Islam, on the one hand, and Dominionist or Evangelical Christianity, on the other, competing for who gets to end the world. At least they have that much in common.

Can we get over this? Does everything have to come down to a question of power? To be even vaguely meaningful, anything deemed spiritual must be about kindness and helping others. The self-help and individual growth element is essential, though this can be fully integrated with serving.

As A Course in Miracles states explicitly, we are healed as we allow God (however we may think of that) to teach us how to heal. Or as that particular daily lesson goes, “When I am healed, I am not healed alone.”

Once Saturn clears the Galactic Core, it soon arrives at the first degree of Capricorn, which is one of the energy nodes of this thing called the Aries Point. That’s this spot in astrology and in consciousness where the individual meets the collective; where the personal and political are seen to influence one another directly. Not long after, on April 17, Chiron arrives in the first degree of Aries—the Aries Point itself.

The original print version of this article was titled:
"Great American Eclipse: Looking Back, Looking Forward"