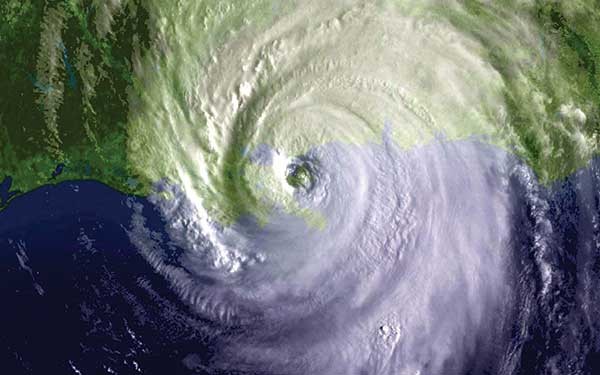 It's now hurricane season, a time of year when the conditions are correct for the formation of big, cyclonic storms. Hurricanes get their energy from the ocean's warmth, and as the oceans have increased in temperature, more energy is available. You might describe the positions of the planets this way as well: The hotter they get, the more energy is available here on Earth.

The short version of the story is that the Sun is now moving through the Uranus-Pluto square—what I call the 2012-era aspect. We are also about to experience two powerful eclipses concurrent with Mercury retrograde in Scorpio. The combined result will be a sustained phase of planetary energy that will make itself known many ways.

In one sense the whole year has led to this moment—the extended moment of autumn 2013. In reality the setup goes back a lot further; let's see if I can bring you up to date. (If you want further background, search for an article called "The Road to Xibalba" in the Chronogram archives.)

Around 2008, an aspect pattern started forming, which involved Pluto ingressing Capricorn. If you were following astrology blogs at the time, it was just about the only topic going. Pluto is a slow-mover (the slowest-moving planet used by most astrologers, who will be catching up to the Kuiper Belt and Eris in their next lifetimes). Slow means influential; slow means that Pluto events last a while. Pluto means that nothing is the same after he's come through town.

Speculation about Pluto in Capricorn goes back many years; it was perceived in advance as one of those really ominous transits, and now we are in the midst of it. Pluto in a sign helps define a whole era of time, concentrating and focusing change in the topic areas associated with the sign in question. Depending on where Pluto is in its orbit, it can take between 12 and 20 years to make it through one sign. It will be in Capricorn till about 2019.

The subject area of Capricorn is the structure of society. Corporations, governments, families, and traditions all are covered by Capricorn.

Pluto is both creative and destructive. It brings change, and in the path of those changes there can be considerable progress. Yet the door can also open up for some serious negativity. One example was the Saturn-Pluto opposition of 2001-02. A few astrologers predicted terrorism for this era; none that I am aware of predicted a world war lasting 12 years and counting.

The first year that Pluto touched the foothills of Capricorn, we experienced the financial collapse of 2008. I can still see the smirk on Henry Paulson's face as he announced that the bailouts would begin, trying so hard to suppress his glee. I remember well John McCain suspending his presidential campaign, allegedly to solve the problem with his own bare hands. Financial institutions were collapsing in house-of-cards style, and the money was flowing freely.

In 2011, another (somewhat quicker) slow mover—Uranus—ingressed Aries. On that very day (March 11, 2011), within hours of the ingress, a tsunami and earthquake took out a chunk of Japan, causing a huge mess at several nuclear power plants, the most famous of which was Fukushima.

Astrologers around the world muttered: "Oh shit, Uranus in Aries. And oh: Uranus square Pluto. Here we go." Those who follow global astrology no doubt noticed the connections of both transits to the Aries Point—the first degree of Aries, where all things political intersect with all things personal.

Everyone remembers 2011, the year the Uranus-Pluto square really began: the protests that spread through the Middle East and across North Africa; the protests in Wisconsin; and then, that autumn, the worldwide Occupy movement began in a private park in New York City. Real people were taking their bodies to the scene of the crime and demanding action.

And you may remember, if you haven't suppressed it, the agony of that first month after the meltdowns in Japan, as the truth slowly came out. People who understand nuclear power know that it's perhaps the most personal-as-political thing there is if, for instance, a little strontium-90 lodges in one's bones.

The Uranus-Pluto square has been working its way across the signs Aries and Capricorn, and will make a total of seven contacts. The next one is on November 1. It is the midpoint of the cycle—the fourth of seven events. There will be another during the next eclipse season, on April 21, 2014; and then another on December 15, 2014. The last will be on March 16, 2015. Then the energy of the aspect will slowly wane, though it can do so with considerable influence, even for another five years.