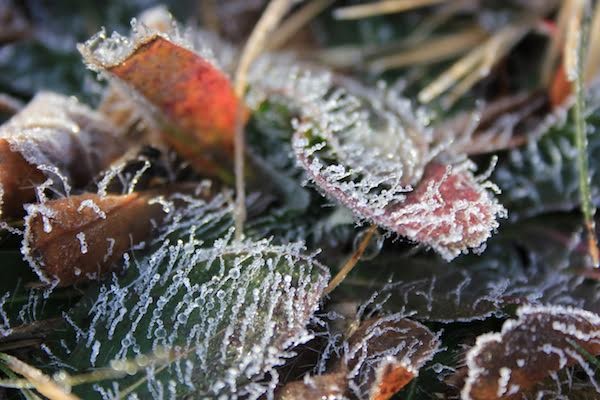 ‘Twas the day after solstice, and all through the sky, the planets were stirring—though heaven knows why…

Sorry—could not resist! Yesterday the Sun entered Capricorn for the solstice: the shortest day of the year in the Northern Hemisphere. From here on out, the days will gradually get longer, even if they also get colder for a while. More immediately, however, the weekend astrology looks conducive for holiday celebrations, should Christmas or Chanukah be one of your traditions.

Before I get there, a couple notes of astrological housekeeping and scenery:

First, as you may know, Mercury stationed retrograde in Capricorn on Monday. This suggests that with all plans, travels, purchases and communications for the next three weeks, you practice being as focused as possible: double-check all details; make sure important communications have been received (use a different method to follow up—if you emailed originally, make a phone call); and try not to go overboard with your spending.

More psychologically speaking, since Mercury retrogrades indicate a review and Capricorn is known for its love of the past, notice whether certain traditions are asking for reconsideration. You might also feel a need to understand their origins, or to parse out your feelings about them.

Second, Mars moved into Pisces on Monday. This is a very sensitive, intuitive position for Mars. If you’re not feeling the same urge to go-go-go and do-do-do that you often experience this time of year, remember that it’s 100% okay to have a quiet holiday—no matter what the TV commercials and your Facebook feed suggest.

Third, today’s Libra Moon might encourage people-pleasing and making elegant final touches on the decorations. Tomorrow, however, the Moon moves into Scorpio at 9:32 am EST. Notice if you begin to crave deeper emotional connection to loved ones, or the answer to some mystery (whether literal, mystical, occult, religious, familial or psychological). The Moon will stay in Scorpio until 10:19 pm EST on December 25—at which point it moves into easy-breezy Sagittarius.

As for the major weekend astrology: we have a beautiful aspect pattern shaping up, involving harmonious aspects between Saturn in Sagittarius, Uranus in Aries, Venus in Aquarius and Jupiter in Libra. There are a couple other bodies within a couple degrees; but these four planets are either trine or sextile each other exactly (or within less than one degree). Short version: this looks like a lot of flow, ease and opportunity during what can sometimes be a stressful time for people.

If we put basic keywords for planets and their signs together, it might look something like: taking responsibility for religious beliefs + taking initiative for self-change + receptivity and valuing the welfare of the group + generosity and balance in all relationships.

Sounds rather utopian and lofty, doesn’t it? It also sounds rather abstract, though you might be thinking of specific situations in response. On the level of daily life—particularly in the context of any holiday gatherings—Saturn trine Uranus (exact at 7:21 pm EST December 24) looks like an ability to respect traditions yet remain inwardly free.

How often have you felt like if you go along with a tradition you don’t believe in, you’re a hypocrite? Or if you don’t participate, you feel guilty? Perhaps there’s a gentler balance to be found; one that lets you incorporate elements of ‘what’s always been done’ while still seeking the new or creative experiences you crave.

Venus trines Jupiter, then sextiles Saturn and Uranus during Christmas Day. This bodes well for grace, ease, pleasant social interactions and taking a little time off. If you’re in a politically mixed crowd, this could be trickier. See if setting the intention for grace helps it to manifest. Whether you have a party in the plans, or you’re intending to break from routine with some solo adventuring, what new energy can you bring to your interactions?

Venus in these aspects also encourages feeling good about what must be done to maintain the relationships that are important to you. Emotional realness matters here more than just going through the motions or extravagant gestures.

Whether you celebrate a major holiday this time of year or celebrate your lack of religious/commercial/familial obligations, emotional realness might be the best gift to give—to yourself, and to everyone you care about. May it be a gift that fosters healing and growth for all.

An Invitation to Something New

Nice Mask: But What Are You So Afraid Of?