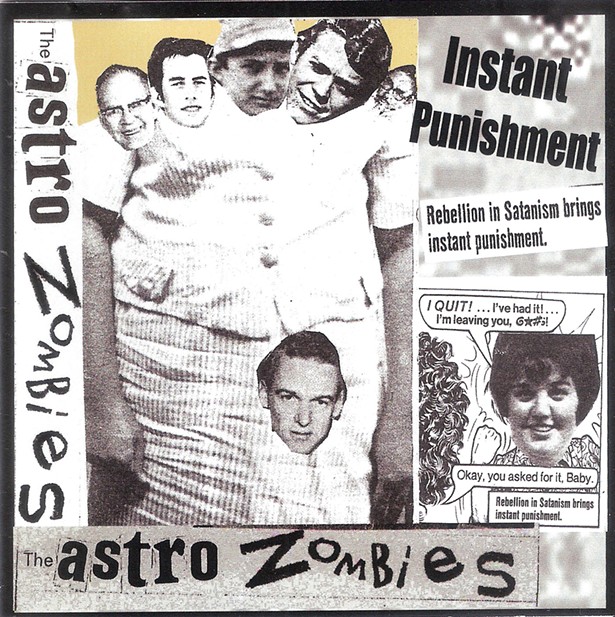 The Robot Brain vs. Hitler's Corpse

ASTRO_ZOMBIES_Planet_Of_The_Apes.mp3
Update Required To play the media you will need to either update your browser to a recent version or update your Flash plugin.

Hudson Valley music fans familiar with the traditional Celtic stylings of the Wild Irish Roses might be shocked at the sonic extremes of the now-married Michael and Kristina Rose's early 1990s Brooklyn-based outfit, the Astro Zombies. Going by the nom de rock of Jim Bean (vocals, bass) and Kitty Lovely (rhythm guitar, vocals), the duo was abetted by Cleve Lund (lead guitar), Mugsy (drums), and a rotating gaggle of DJs. The group's MO was to take the skeleton of a pop song and put it through "our meat grinder of filth, corruption, and despair." An unsuspecting listener gets lulled in by a stray melody or lyric before a vicious mugging of feedback and dissonance occurs. These remasters include the band's cassette-only debut and material for a never released third alum. Connoisseurs of punk/psych/noise/mayhem should dig in, forthwith.