Majesty in the mountains! The Phoenicia International Festival of the Voice arises again after last year’s COVID closure to bring top-notch opera outdoors in the magnificent Catskills. The 2021 incarnation is scaled down, but no less attractive, adding live productions of Verdi’s masterpiece “Rigoletto” by the New York City Opera (August 29 at 8:30pm) and Mascagni’s “L’amico Fritz” by New York’s Teatro Grattacielo company (August 27 at 8:30pm) to the festival troupe’s own staging of Leoncovallo’s “Pagliacci” directed by festival organizer Maria Todaro (August 28 at 8:30pm). $40-$95 each show, with $5 youth (16 and under) tickets and three-night passes also available. 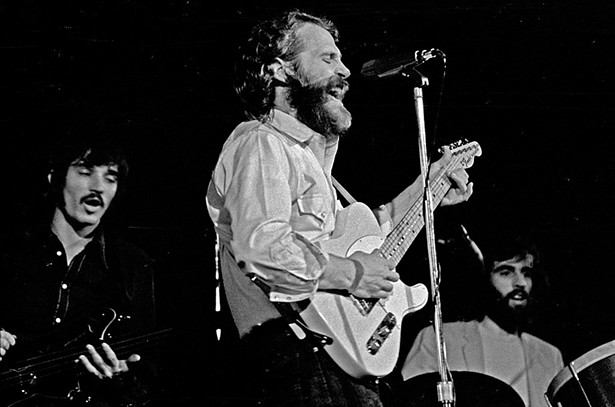 Released 51 years ago, Stage Fright, The Band’s third album, was recorded at the Woodstock Playhouse. On August 27 and 28 at 8pm, the site of the sessions will host a pair of special anniversary concerts by nationally touring tribute act The The Band Band, who will perform the album in its entirety along with others by the legendary and influential local group (the tour was originally planned for 2020 to tie in with the 50th anniversary, but of course was delayed due to the pandemic). Tickets are $25, $35, or $45. 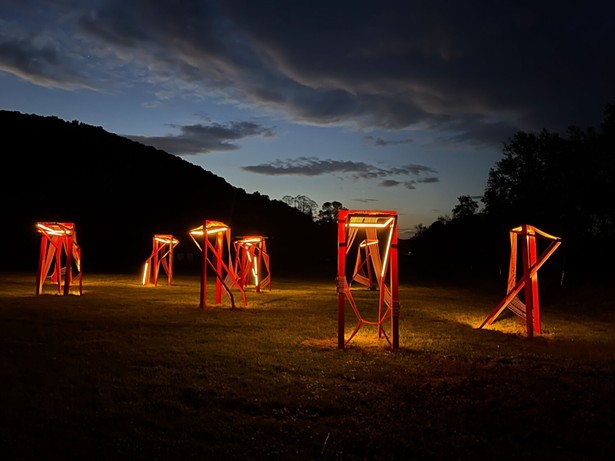 The Hudson Valley abounds with inspiring places to view art of all kinds. From historic institutions and museums to larger-than-life contemporary sculpture gardens to the independent galleries that seemingly dot every town and hamlet, there’s a venue to fit every mood. And this August 27-29, you can set out to visit a cool 61 of them as part of Upstate Art Weekend, a three-day, self-guided visual arts festival that explores the diversity of visual arts around the region. A complete list of participating venues and artists and other information is viewable at the organizers’ website. 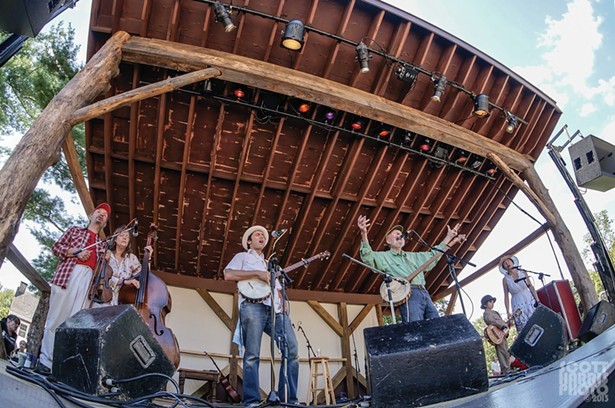 After a year hiatus due to COVID, the Summer Hoot returns to the Ashokan Center in Olivebridge on August 27, 28, and 29. This year's lineup features over two dozen bands on a single stage. These acts will perform unplugged—completely acoustic, bluegrass-style shows amplified by a single stereo mic. Performers include local legends the Big Takeover, Radio Jarocho, Le Vent du Nord, the Shaker featuring Simi Stone, the Restless Age, and resident band the Mammals. The camping festival will also feature entertainment from the Arm of the Sea puppet troupe and skills workshops like blacksmithing, plus food vendors and kids’ activities. See website for ticket prices and other information. 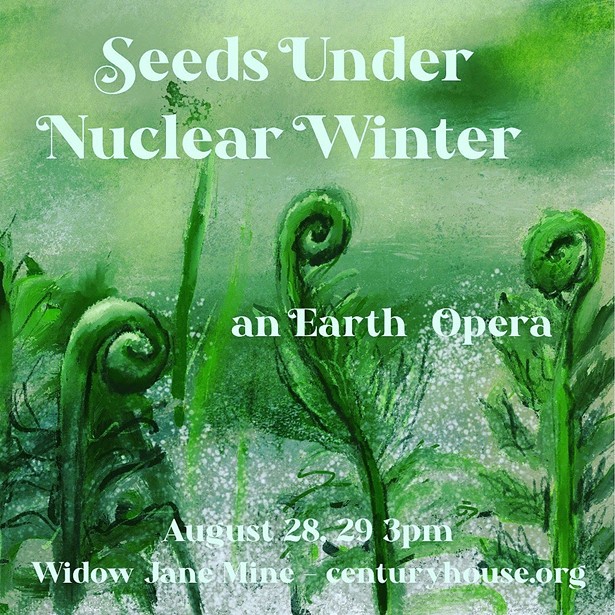 Composed by local musician Elizabeth Clark (Mamalama), “Seeds Under Nuclear Winter: An Earth Opera” was devised and developed during her three years as an artist-in-residence at the historic Byrdcliffe arts colony. “The story takes place,” says Clark, “in a post-apocalyptic atmosphere and centers around rebirth, finding light and beauty in the darkest times, and our deep connection with all living things, our planet, and with each other” and is “orchestrated for harps, ethereal choral voices, South American/Andean instruments, Indonesian gamelan, chamber strings, droning harmoniums, dulcimer, bells, piano, and an occasional tuba.” The opera debuts here in a setting befitting its earthly themes: the Snyder Estate’s storied Widow Jane Mine in Rosendale. 3pm both days. $26 ($16 students; children 12 and under free). 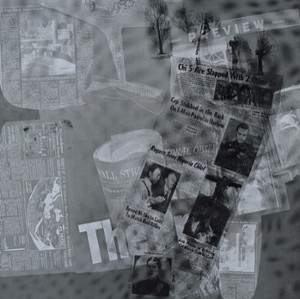 Created in 1970, Robert Rauschenberg’s “Surface Series from Currents” is a series of 18 large-scale screen prints that capture the strident social and political change of the period by superimposing stories, headlines, advertisements, and images clipped from newspapers and tabloids. On view through September 19 at Vassar College’s Frances Lehman Loeb Center in Poughkeepsie, the series is complemented by two original collages on loan from the Rauschenberg Foundation as well as sixteen related works from the Loeb’s collection by artists such as Kurt Schwitters, Lee Friedlander, Walker Evans, Ray Johnson, James Rosenquist, and Andy Warhol in an exhibition title “Time Capsule, 1970: Rauschenberg’s Currents.” See website for museum hours.