While living in Manhattan, Bickman took sojourns upstate to visit the Karma Triyana Dharmachakra Buddhist monastery in Woodstock. "I would bus up and stay here, volunteering in the kitchen," she remembers. "I was always studying as much as I could." After 14 years in the West Village, she moved to Florida, first to Jacksonville then St. Augustine, where she delved deeper into both Buddhism and Hinduism by joining a meditation group. "These deities just started coming to me in waves," she explains. "I started painting them and then studying the meaning behind them." She went on to study Christian iconography as well as Native American traditions, including images and themes from both philosophies into her later works.

A move to Peekskill in 2009 inspired her to begin full scale murals and outdoor installations. "I was so sick of being bombarded by billboards selling me crap, so I made exterior pirate billboards and put them up on the street in Peekskill," she says. (The pieces, Art Can Set You Free and We Are Here to Be Happy, were later hung on the outside of the Varga Gallery in Woodstock.) Bickman's mural arts program came next. "Everywhere I looked I saw a blank canvas for art," she recalls. She began a program teaching local young people how to paint large-scale installations. Over the course of a year, Bickman worked with a group of students under the age of 21 to create an 8' by 36' acrylic on wood mural. Now installed on the exterior of the Peekskill Youth Bureau, facing city hall, the mural and the experience creating it inspired Bickman to continue the program. Her clothing and shoe line of "wearable art," 11:11, was created, in part, to help fund the mural arts program. (Gaiman has also invested in Bickman's clothing line.) The mural arts program has continued regularly and Bickman has jointly created several other murals throughout the Hudson Valley with groups of young people. 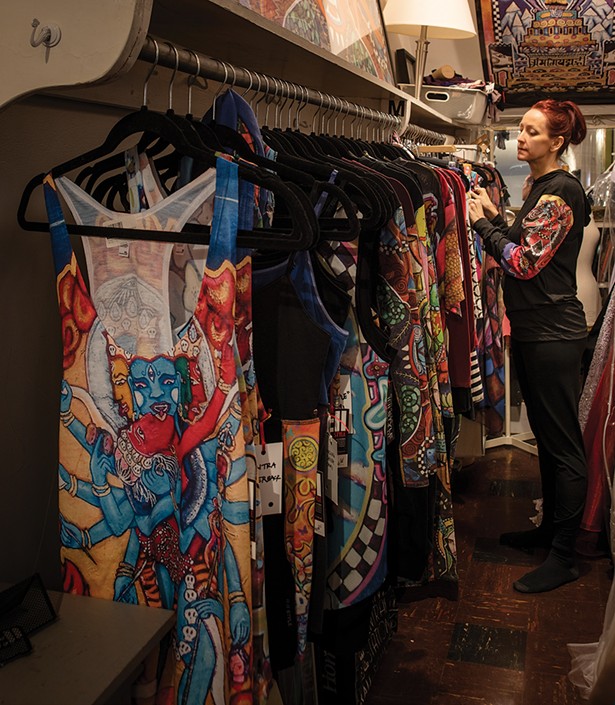 A move further north—toward mountains and fresh air—was Bickman's next step. "It seemed like the natural progression," she says. Her long-term rental loft in Saugerties came five years ago. When she stumbled on it, she loved it immediately. "I loved this space, it was like a Tribeca loft, and I loved the light," she remembers. The gothic brick building features an exterior facade of ornate scrollwork, trim, and a detailed cornice along the roof. Above the street-level front door, the letters "FLT" are printed. "They stand for friendship, love, and truth," Bickman explains. "It was the Odd Fellows' motto. They wanted to feed the orphans and help the poor, but they wanted to do it with revelry." 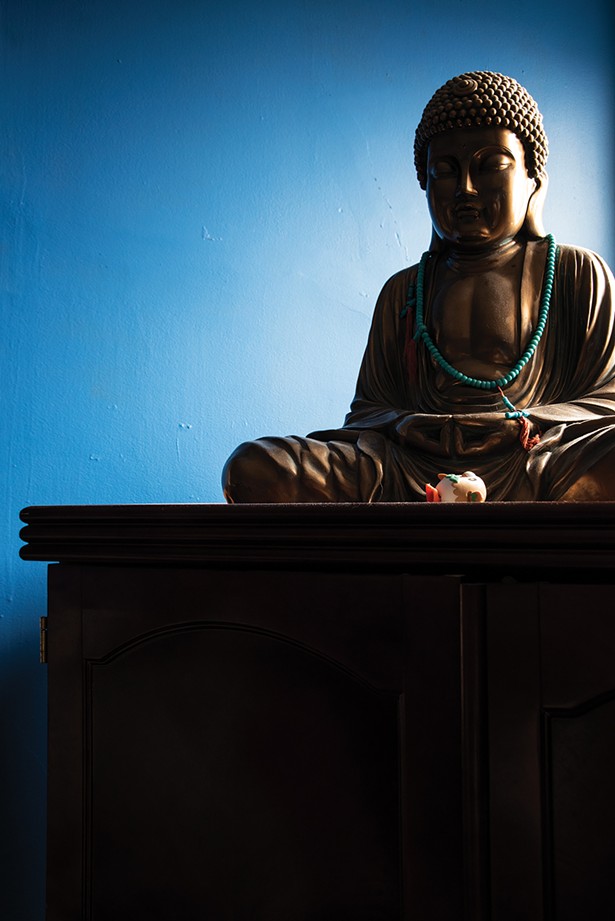 The second-floor landing features a large alcove where the charitable organization's members hung their robes; Bickman now utilizes the space to showcase her "wearable art" clothing line. The spacious, sunny kitchen with 12-foot ceilings, has room enough for an eight-seat dining table at its center as well as a generously sized corner office nook. Decorated with a mix of art and festooned with a collection of hanging lanterns and mementos, the peaceful space overlooks the backs of the surrounding brick buildings. Bickman painted the walls orange and trimmed the window frames with blue. The original yellow and gray built-in sideboard features original sliding doors of beveled glass. Her painting Mind/No Mind serves as a large backsplash behind the sink. During a film shoot, the full downstairs bathroom was painted with graffiti. Bickman left the bathroom untouched after the film crew left. A double door parlor and back bedroom painted purple and blue complete the second floor. 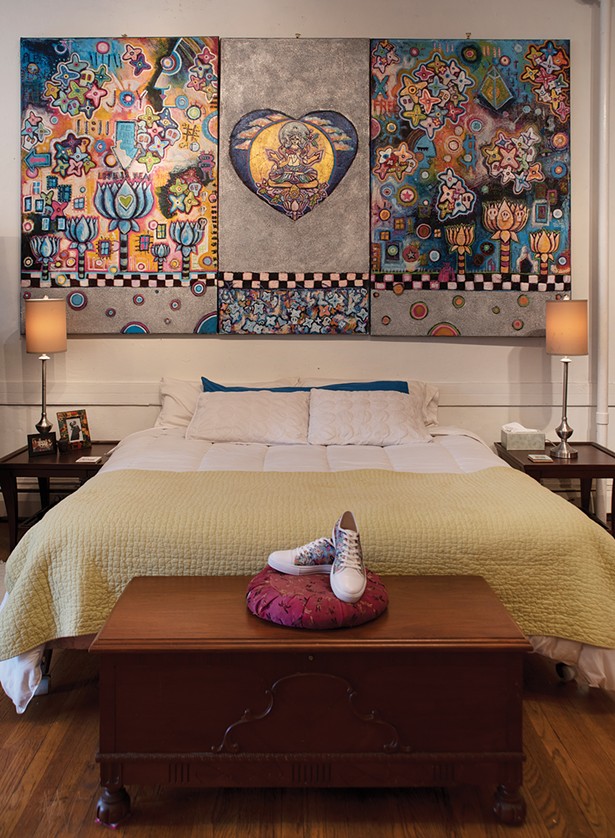 Bickman painted the staircase leading to the third floor with a floor-to-ceiling white dove, and added a wall-size decal of Ganesh along the third-floor landing. Once the center of the Odd Fellows' revelry, the building's third floor is a large ballroom painted bright pink, complete with Art Deco bar, and a second kitchen. Decorated with her first large-scale spiritually themed work, Bickman has tried to remain true to the spirt of the Odd Fellows' original intent for the space, holding community events whenever possible as well as aerial yoga, German longsword classes, and musical performances. (The third floor has two more garret-style bedrooms with mountain views. Bickman rents them to fellow artists.). Like the Odd Fellows, Bickman sees how readily revelry and generosity coexist. "Everything can be spiritual," Bickman explains. "It's art as self as art."

Kelli Bickman will be exhibiting her paintings in a two-person show with Christina Varga at the Burnette Gallery in Woodstock through the end of May.