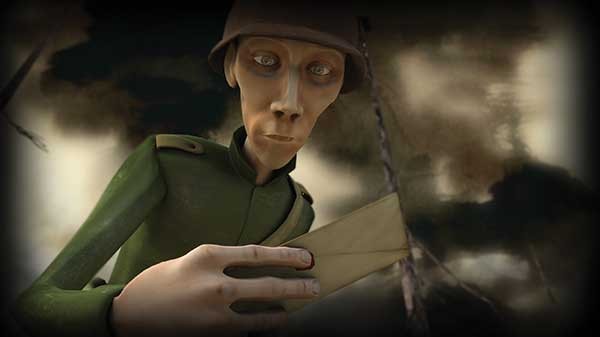 It’s an inescapable truism in the eternal battle between art and commerce: When real estate falters, the art world prospers. Consider Manhattan’s East Village in the 1980s, when shooting galleries thrived next door to storefront galleries along the war zone known as Alphabet City. As rents skyrocketed, however, those crucibles of new creativity were transformed into trendy cafés and boutiques.

Main Street in Catskill, while not an al fresco drug den, has fallen in its fortunes as of late. The result is many empty storefronts. But thanks to a group of visionaries from the Greene County Arts Council, a fiscal downside has been transformed into an artistic renaissance. The Masters on Main Street project filled those empty windows with the artwork of college artists still hungry enough to create art for free and still brash enough to make statements calculated to unnerve. That project spawned a film festival last year, showcasing 20 works.

“We’re trying to make lemonade here,” explains Arts Council officer Fawn Potash in an e-mail interview. “Our mission is to showcase fresh art forms and ideas from studio programs across the country, inspiring new interest in Main Street by engaging local audiences and visitors from outside the area.”

The Arts Council will hold the second annual Catskill Film and Video Festival (CFVF) on January 29, featuring 32 works by 34 artists.

This year’s festival was curated by Jacqueline Weaver, a video artist from the College of Saint Rose’s MA program. Weaver has mounted several exhibitions in the Capital Region and her short video Gaza, January 3, 2009 was featured on the PBS series “TV Film.” In her festival selections, Weaver strives to elevate the reputation of video. “For the video work, I wanted to choose pieces that would show the versatility of video art,” Weaver says. “I think video art often has a bad reputation for being sloppy, and I wanted to chooses pieces that might help change this opinion.”

CFVF will represent the work of several local artists. Greene County’s Zach Hyer will screen Correspondence, an animated short that focuses on issues of power and during wartime. Hyer, a 2010 MFA graduate from Pratt Institute in digital art, received the Gold Medal in 2011 for the 38th Annual Student Academy Awards. Brunswick by Capital District resident Nate Simms is a documentary about a veteran farmer, Sanford Bonesteel, facing the news that a residential development is planned for his former land. Orphaned, by SUNY Albany MFA graduate John Yost, is a feature about a man who returns home after a yearlong absence to find his family in turmoil. Two Boats, One River, by Bard undergraduate Carolina Gonzalez-Hutton, is an experimental documentary depicting a journey on the Hudson River as seen by a New York City fire boat and tugboat. Running Still by Columbia County resident Dawn Breeze is a video piece that playfully illustrates how our past selves may often collide with our president identities.

A panel of judges, including Woodstock Film Festival co-founder Meira Blaustein, has screened the CFVF films and will present awards.

Perhaps the battle between art and commerce can end in a truce here in Catskill?

The second annual Catskill Film and Video Festival will be held on January 29, from 10am to 6pm at the Community Theater in Catskill. Free admission. Festival snow date February 5. (518) 943-3400; www.greenearts.org