A Stepping-Stone to Broadway 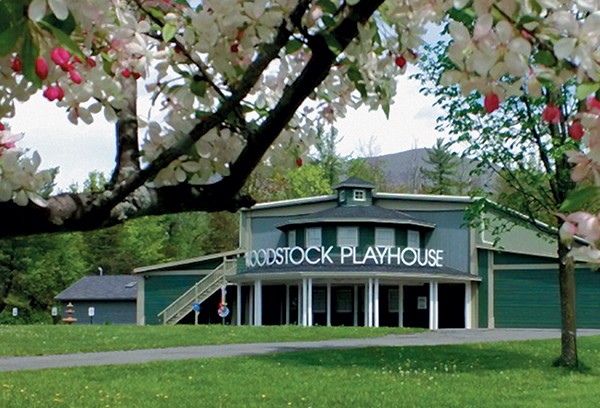 This June, the Woodstock Playhouse presents "The Wizard of Oz" and "Guys and Dolls." Chronogram talked to company manager Doug Farrell about the theater's history, mission, and future.

Tell me about the offstage drama.

Doug Farrell: People coming to shows these days don't realize how many ups and downs there have been. It was built by a fifth-generation Woodstocker back in '38 as a rural extension of Broadway, and it was just coming into its own when WWII hit and the stage went dark. It reopened in 1950, and by the 1960s it was incredible—Diane Keaton made her professional debut here, we had Lee Marvin, Chevy Chase, Judd Hirsch. The last of the SoundOut concerts that gave birth to the Woodstock festival was here in 1968.

But the '70s were tough times, and then in '88, it burned to the ground. The Woodstock Arts Board started rebuilding around the turn of the century, but by 2010, it was going under. Banks were calling in loans; it was about to go on the auction block.

DF: Thanks to the Contis, the Pan American Dance Foundation, and the New York Council for the Arts. The Conti family really stepped up and played David in the face of Goliath. They took $300,000 they'd saved up to build a theater in Hurley and paid off the debt and took out a $750,000 loan to finish the building. And we kept pushing until it was accepted into the Hudson Valley National Heritage Area. They had never accepted a theater before—we were the first.

So the Contis feel like they made a good decision?

DF: It was like a dirty coin that just needed polishing. It's gleaming. Every seat is the best seat, and it's the same earth, same energy. In the short five seasons we've had it back, performers have gone on to Broadway, regional and national theaters, Disney cruise ships—during the first season, somebody went on to a part in "The Book of Mormon." It's a stepping-stone to Broadway once again, and the ghosts are leading the way.