Art of Business: Of Tea and Terroir 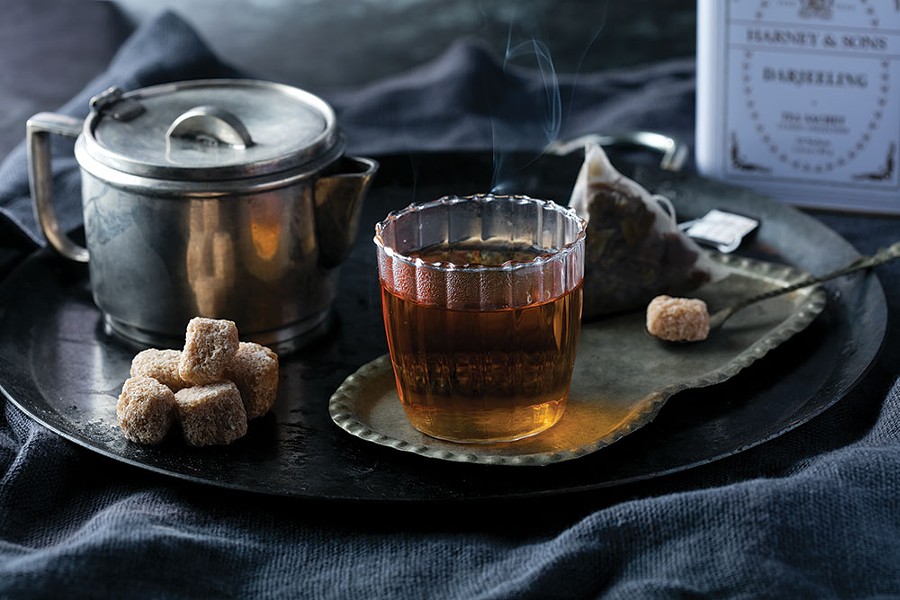 Of Tea and Terroir

"At the beginning, it was just me and a few teas," Harney and Sons founder John Harney told a reporter for the Tea House Times on the occasion of the company's 30th anniversary in 2013. He'd started blending in his basement, testing the results on guests at his White Hart Inn in Salisbury, Connecticut. Today, Harney teas can be sipped at tasting lounge shops in Millerton and Soho as well as at the British government's historical palace properties. John Harney passed in 2014. His sons Paul and Michael are preserving their father's legacy while expanding the business in new directions with their own children.

"Michael had a wine background," says Brigitte Harney of her husband, "so he brought that understanding of the relationship between soil, climate, topography, and flavor to bear on tea. The first time Michael went to China, he knew nothing. Now, our sons Emeric and Alexander have been to Africa, Japan, Korea. We source carefully and globally."

And give back. The company has donated well over half a million dollars to environmental causes via 1% For The Planet, and has been celebrated as a "Force of Nature" by the Columbia Land Conservancy. Harney.com

Art of Business Tea Soil Harney and Sons For the Planet