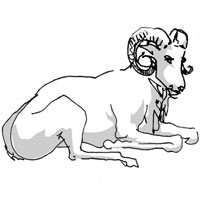 One challenge of the coming weeks involves discerning self-interest from your calling or desire to support others. Ideally, there would be no separation of those concepts. That we can and so often do play games that have one winner and many losers is a problem. That we tend to lack the idea of "the greatest good for all concerned," or what are called win-win scenarios, is the deeper issue. It's essential that you bear this in mind now. Your interests are not separate from the people you care about, and in truth, they're not separate from those of anyone else. Understanding this requires reaching a new level of consciousness—which you're reaching for, capable of, and where you may already be. In this scenario, it will help to know what you want, and at the same time you must also know about (and care about) the wants and needs of the people with whom you share space and time. To do that, you'll need to ask, listen carefully, and listen to what people say when they're speaking freely. Simply put, you're being called upon to be fair, to the point where you set aside competition in exchange for creating a mutually beneficial situation. This calls for a heightened level of honesty, first with yourself and then with others.