In the last three years, the village of Tannersville has seen a profusion of new businesses from inns like Hotel Lilien to restaurants like Tanner’s Boathouse, Bear & Fox Provisions, Shandaken Bake, and Tabla, catering to the town’s refreshed identity as a year-round destination. The new Asian street food concept The Notch, on the grounds of the Colonial Country Club, is the latest addition to the local scene.

Driving much of this renewal is the Hunter Foundation, which since 1997 has been purchasing vacant commercial and residential real estate in the town of Hunter to rent at below-market prices with the goal of attracting new residents and entrepreneurs. The plan is working, drawing in, among others, seasoned restaurateurs Patty Wu and David Schneider, who previously owned New York City-based Mexican street food chain Oaxaca Taqueria. The pair bought a house in Tannersville five years ago and, at the invitation of the Hunter Foundation, opened Tabla, a Mediterranean-inspired tapas restaurant, on Main Street at the end of 2021.

They weren’t far into their new venture before opportunity knocked at the door again. “The Foundation came to us last April and asked us if we wanted to run the clubhouse at the golf course for the summer,” says David Schneider. With minimal lead time, the pair put together a menu for the season—sandwiches, salads, and burgers—what Schneider calls “typical golf course food, but a bit more upscale.”

After the season ended in October and the couple had a bit of time to assess, they went back to the Foundation with a proposal to transition from merely operating the clubhouse to taking full ownership over the concept, vibe, and look. “We approached them and said, ‘Hey, this was fun, but if we want to do this going forward, we need to give the space an upgrade and figure out what we want to do more permanently,” Schneider says. “To my mind, why not activate this space in winter? It’s a bar in a ski town. It already has a kitchen and a liquor license.”

Getting together with friend and chef Anthony Gargano, who has worked with the Momofuku restaurant group, Roberta’s in New York City, and Hungry Pigeon in Philadelphia, an Asian street food menu concept emerged. “It’s a bit like Tabla, but it’s Asian tapas,” Schneider says. “We leaned into it. We have a lot of sakes and Japanese whiskeys.”

Working collaboratively with bartender Chris Simpson, who has a background in izakaya-style Japanese pub food and drinks, Gargano and the owners created a menu of complementary plates and cocktails. The food menu offers a short list of drool-worthy dishes like pork belly bao buns ($15), dan dan noodles ($17), and fried chicken with spicy gochujang or soy ginger sauce ($16). For a refreshing vegetarian option, there is a smashed cucumber salad served with watercress, tofu, chili crisp ($9). “The menu will grow from there,” Schneider says. “There is nothing above $16 on the menu. It’s all set up for tasting and sharing.”

The sake fizz made with fresh egg whites and the Kundalini, with rye, yuzu, ginger, and basil offer a sampling of what the bar can do. Classic cocktails like the Aviation, Mai Tai, and Negroni quench familiar cravings. All the cocktails are $12, and if those aren’t hitting the spot there are a dozen sakes plus a full bar and beer.

The interior has been reimagined in what the couple calls a “Catskills-chic living room vibe.” There are leather couches and armchairs, plaid wallpaper. Wu and Schneider added a digital jukebox, an air hockey table, foosball, some video games like Golden Tee, and a handful of board games. TVs show sports games like the NFL playoffs, and soon a large-screen projector will lend itself to movie nights. “We made it a very casual place to come hang and chill and drink and eat,” Schneider says. In one corner, a red retro electric fireplace roars.

Outside, a large deck offers stunning views of the golf course and the mountains beyond. The couple has built a temporary ice skating rink that will be free and open to the public “if the weather ever cooperates,” Schneider says, adding, “We’re going to activate outside as much as we can with firepits and s’mores kits, lawn games, hand-rolled cigar nights.”

With games aplenty, hot chocolate, and the coming ice rink, The Notch has already proven itself a family-friendly destination. Current days of operation are Friday through Sunday, plus a recently added Tuesday industry night. “We’ll probably open on Mondays—staffing is always an issue when you’re starting up,” Schneider says. They also plan on renting the space for private events of up to 60 people.

“The food has been really well-received by locals, skiers, industry people,” Schneider says. “They love the food, the vibe, the look of the place. It’s going to change and grow as we move forward, but the Asian street food concept will stay the same.”

Shandaken Bake in Tannersville: Pastries and Desserts That Tickle Your Most Delicious Memories 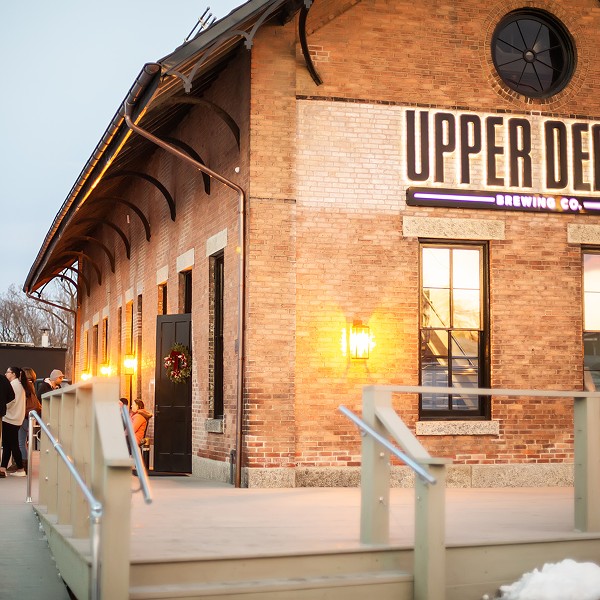