Dubbed a "big-city rapper" by his Republican opponent, Delgado tapped into progressive fury and energy to pull off a hard-fought victory in a red-leaning district. 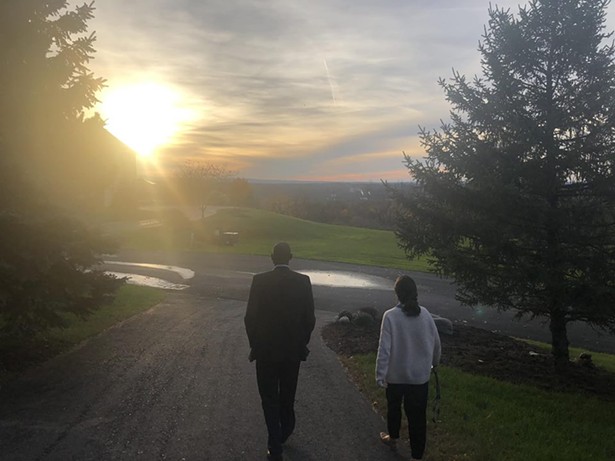 After narrowly emerging victorious from a crowded primary field in June, Delgado once again secured victory by a slim margin tonight. He was leading Faso by about 5 points with 99% of precincts reporting, when CNN projected his victory. In a district that voted for Donald Trump by 7 points and John Faso by 10 points in 2016, Delgado has prompted an impressive swing.

Going into the final stretch, the race appeared to be a dead heat, with Delgado ever-so-slightly favored. The last polls of NY19 showed the two candidates neck-and-neck; a Siena College/New York Times poll earlier this month showed Delgado leading by just 1 point and a Survey USA poll in late October showed the race tied, while Monmouth showed Delgado leading by 5 points. All three pollsters get A ratings from FiveThirtyEight.

The national implications of this race cannot be understated. NY19 was a pivotal seat for Democrats in their hopes to recapture the majority in the House of Representatives for the first time in nearly a decade. This favorable result follows a trend of Democrats picking up crucial tossups throughout the night, and may presage further good news for them as votes from the West Coast start to come in For now, however, what we can say for sure is that Democrats are one step closer to a majority.

Who is Antonio Delgado?

Delgado was born to working-class parents in Schenectady, a city just north of the district. He described his parents as having “secure predictable incomes,” who “overtime worked [their] way up from working class to middle class.” He credits them with his rise through academia, law and, now, politics.

He studied politics and philosophy at Colgate University– also just north of the district–where he played college basketball with future Golden State Warrior Adonal Foyle. He went on to play in the 1996 NCAA championships and was inducted into the Upstate New York Basketball hall of fame earlier this year.

After graduating with honors from Colgate, he secured a prestigious Rhodes Scholarships and studied PPE at Oxford University. Returning stateside, he attended Harvard Law School where he met his wife Lacey Schwartz Delgado, a filmmaker whose production “Little White Lie” explores the complicated racial nature of her parentage.

From Law School, Delgado pivoted to something wildly different: rap music. After moving to Los Angeles, Delgado adopted the moniker AD The Voice. In an interview, he said his music–which was condemned by Faso and his Republican allies as profane and offensive–was meant to “broaden people's minds about the genre and the scope of hip-hop by infusing elements of orchestral and classical music.”

Following that venture, Delgado made use of his law degree by becoming an associate at LA law firm Brian D. Witzer. In 2011 he moved back to the East Coast, settling in the cozy NYC suburb of Montclair, New Jersey and practicing law at Akin Gump, a high powered law firm that has produced several prominent politicians–including several members of congress.

The path to Congress

Delgado says that his decision to run was prompted by Donald Trump's victory in 2016: “When Trump won, he certainly made my wife and I sit down and think about our own individual lives.” He moved from New Jersey back to the Hudson Valley in February 2017, and soon after began preparing for a congressional run.

In June 5, Delgado joined an already-crowded field of Democrats running to unseat Faso, declaring “It’s time to bring a new set of priorities to Washington and put the American Dream back in reach for families in the Hudson Valley and Catskills.” The primary was a relatively sedentary one, with candidates mostly focusing their attentions on policy, Trump, and Faso, while avoiding attacks on each other.

Delgado was typically seen as one of the more centrist candidates in the field, namely for his stance on healthcare. Whereas most of his opponents supported a progressive Medicare-for-all plan–a proposal touted by Democratic Socialist Bernie Sanders–Delgado and Pat Ryan backed a slightly more mainstream proposal of achieving universal coverage through fixes to the affordable care act. Nevertheless, Delgado is still firmly progressive and was aligned with his opponents on most other areas policy.