An Interview with Andrew Solomon

The Heartbreaking Realization of Parental Love 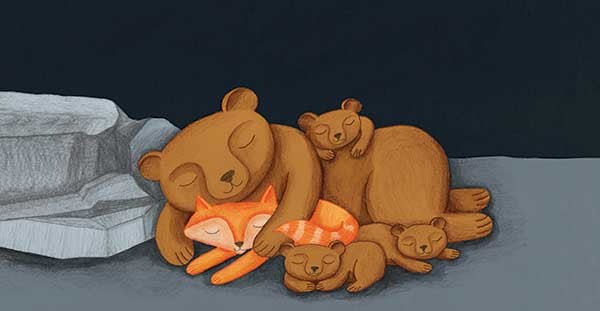 Andrew Solomon is a writer and lecturer, researcher, activist, and winner of the National Book Award for his memoir of depression The Noonday Demon­. In other words, he is a public intellectual—that rare person who truly lives with ideas. His most recent book, Far from the Tree: Parents, Children, and the Search for Identity (Scribner, 2012) is a stunner. In it, Solomon shows us the lives of extraordinary families where children are born with any variety of radical differences from their parents. As grim as some of the stories are, this is a truly hopeful book.

Solomon's opening chapter of this encyclopedic text is called "Son." In it, he describes his own coming of age as a gay youth in a family that was loving, even doting, but had trouble accepting his sexuality. After receiving a writing assignment to study and report on deaf culture, and discovering that many of these folks had come to actually appreciate and identify with their deafness, he made a connection: "The reasonable corollary to the queer experience is that everyone has a [real or perceived] defect, and everyone has an identity, and they are often one and the same."

From this realization, Solomon develops his overarching premise. First he describes how we understand our offspring through "vertical" identity—the traits and traditions that are passed down the generational ladder: eye color, race, certain propensities, culture, etc. And then there are those aspects—physical, emotional, and circumstantial—that create what he calls a "horizontal identity," in relation to parents, a set of attributes that may stem from diseases, gifts, misfortunes, or a mysterious source, such as with transgenderism. These parents are left asking that perennial question—Where did this kid come from?—in the extreme.

How do parents relate to such a child, and the child to the parent? This is the searching question of Far from the Tree. In order to study this question Solomon spent 10 years with families who are living with horizontal identities like deafness, dwarfism, autism, prodigies, criminality, and children conceived in rape. While these are clearly people dealing with profound challenges and anguish, as well as transcendent joy and acceptance, this is ultimately a book that strikes to the heart of parenthood itself—that no-holds-barred, real, live, messy human connection, and the ways it is forged, broken, healed, and held.

Bethany Saltman: Why do you think we're so obsessed with parenting these days?
Andrew Solomon: I think that the way we bring up our children determines the future of the world, so the question of what constitutes good parenting is as urgent as there is. There was the Freudian period of the 1950s and '60s, in which we came to the conclusion that parents cause everything and are responsible for all aspects of who their children become. Then we switched over to the everything-is-genetic-and-it's-all-in-your-DNA-which-you-can't-really-do-anything-about model. Now we've shifted to a more appropriate balance where we say the DNA determines a lot but how that DNA is activated or functions owes a great deal to parenthood.

BS: What about the idea that the middle class is overparenting and overthinking something that is supposed to be natural?
AS: Well, there are aspects of parenting that are natural, and aspects that can be helped by thinking. The critique of "helicopter parenting" is one of being too over-engaged or involved in your child's life. And I think there are a lot of disasters associated with so-called attachment parenting, in which parents don't set any boundaries or limits, but that doesn't seem to be because we're thinking too much about parenting; we're thinking some things about parenting which are not accurate or helpful.

BS: I read your book because a friend of mine who lives at a Zen monastery was making a decision about whether or not she wants to have children or be a full-time monastic, and she came to me and said, "This book is blowing my mind and making me think maybe I want to have a kid after all."
AS: Wow.

BS: I know. When I first started the book I didn't know what she meant, but then I realized this is a deep and compassionate look at the way love happens, and I could see why she was tempted into this life.
AS: Yes. The book is ultimately about the resilience of parental love, and how powerful it can be and how much, ultimately, it can accommodate. Now, of course there are often situations when parental love can't accommodate things that have gone wrong. And I don't want to deny that and say that all parents love their children wonderfully, and get sentimental about it. But I think there is a kind of complexity of the experience of parents, which, for me, has a lot of meaning in it.