If any type of building embodies the American ethos of independence and provides a practical blueprint for throwing off the chains of energy dependency, it's passive solar design. Popular in Europe and gaining traction in the United States, passive solar construction incorporates specific siting, the innovative use of materials, and deceptively simple building techniques to create habitats that, when it comes to energy consumption, sip rather than guzzle. With the addition of solar panels, a passive solar building can effectively reduce its need for additional fuel sources and its carbon emissions to zero.

The challenge of not only building a home that meets this high bar of energy independence, but does it specifically within the Hudson Valley's particular micro-environment, and in a way that is affordable, is one that Peter Reynolds and Stephanie Bassler of North River Architecture and Planning in Stone Ridge have taken on with passion. In fact, they've thrown down the gauntlet. With the planning and recent construction of Reynolds's modernist, barn-inspired home, they've created a dwelling that's not only rigorously sustainable, but also beautiful, adaptable, and warm, both in temperature and invitation. Inspired by a range of design philosophies—from ecologist Stewart Brand's How Buildings Learn: What Happens After They're Built to the utilitarian, simplicity of the Shakers—Reynolds and Bassler have constructed a model for the present moment.

The partners are thinking globally but pioneering some bold, local strategies. Part of a movement of architects and engineers who share their findings in an open-source format, Reynolds and Bassler executed the actual construction with a local workforce, utilizing mostly American made or recycled materials, and kept the cost of Reynolds' home within 10 percent of standard construction. "We think this is passive solar's time," declares Reynolds. "We really see it as a 21st-century way to build and design and we are really pulling along with everybody else to do it."

The partners' first experience with passive solar construction was in 2010, when they were hired by the Omega Institute in Rhinebeck. With a wide-ranging practice that spans both residential and public buildings, they had already executed several projects to the high LEED standard for energy efficiency. Passive solar design seemed like a natural next step. "Omega had a concurrent interest to ours in passive design and were interested in a certified project. They came to us already committed," explains Bassler. She was interested in learning more about the building technique and underwent the intensive training required to oversee the project, becoming certified as a passive house consultant.


The architects and Omega were very pleased with the resulting building, the Women's Leadership Center, and the partners began to realize that passive construction was the next step in energy-efficient home design. "Passive house design, compared with other efficiency protocols, has the most impact," explains Reynolds. "It goes far beyond LEED. It's truly effective for the individual homeowner, and has a quantifiable impact on global emissions. It allows individuals to reduce their footprint in a simple way."

Still, there were a few issues keeping passive construction a novelty, rather than a pervasive, building trend. Passive construction utilizes a few basic strategies to achieve its high standard of energy efficiency. By relying on a tightly sealed, insulated exterior "envelop," the home's interior temperature can remain constant with minimal energy loss. Specially glazed triple-paned windows not only illuminate the interior but also trap the sun's heat—however, until recently, windows of this type weren't manufactured in the US and their import and utilization added to the cost of construction exponentially. Reynolds believes the previous designs of most passive houses further added to their lack of popularity. "Up to now passive house design has been either very expensive or kind of engineer-y and optimized and not so beautiful," says Reynolds.

Professionals as well as consumers just weren't aware of the techniques and the possibilities of the construction method. It didn't help that passive solar had had a false start in the US during its early days. "In the `70s, they didn't quite get it right," Reynolds explains. "The mistakes that were made really set the movement back." The first passive houses were too tightly sealed, allowing condensation to form inside the walls and causing irreparable structural damage. "The passive solar movement went through an in-between period, when we didn't really understand humidity control and we would trap a lot of moisture in the walls. It made the houses sick," Reynolds says. 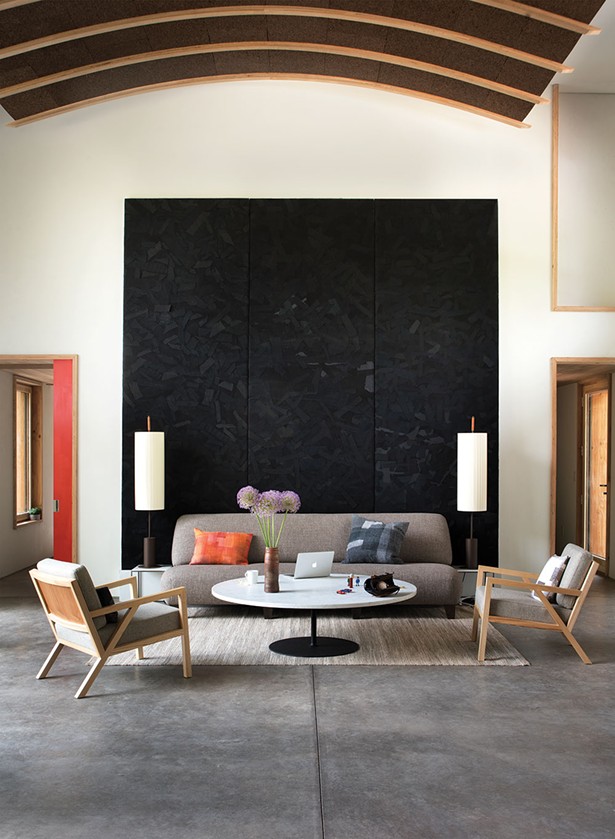