All You Need Is Love | Health | Hudson Valley | Chronogram Magazine

All You Need Is Love 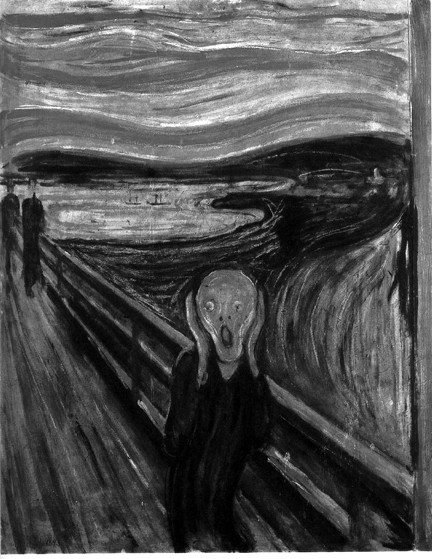 It was John Lennon’s album Plastic Ono Band that helped Jeffrey Cohen, the founder and director of the Institute for Integrated Feeling Therapy in New Paltz, find his life’s course. The record was written as Lennon was undergoing primal therapy and embracing the idea that pain from early life, even during the preverbal or birth stages, can affect us physically and psychologically in our adult lives. The music prompted Cohen, then in his twenties, to delve deeper into the subject and he began reading The Primal Scream by the therapy’s originator, psychologist Arthur Janov.

“That book, emotionally, really affected me,” Cohen says. “I majored in psychology in college and studied various modalities, but this was such a radical departure from traditional therapy and it just appealed to me; it made sense to me on many levels, that we carry around inside of us all these traumas and they affect us really deeply. This therapy seemed to have an effective way of getting to those traumas, and hopefully what I’ve done with integrated feeling therapy has addressed not only getting to them, but healing them in the present.”

A licensed mental health counselor and CUNY psychology graduate, Cohen has been providing primal therapy work since 1981, and his practice has developed into what he now labels integrated feeling therapy. According to him, just feeling the pain (as traditional primal therapy suggests) is often not enough to create lasting change in the present. His practice today incorporates elements of life coaching and helps clients learn how to assimilate what they’ve learned from their past experiences into their current daily lives.

Clients seek out sessions with Cohen for a variety of reasons, including depression, anxiety, sleeplessness, and to figure out why relationships may not be working. “We do some very deep exploration and we call it ‘following the line of pain,’ down from the person’s present-day life into their past,” Cohen says. “We often see that the root causes of marital distress, relationship distress, anxiety, and depression really emanate from pain in our early childhood.”

Sessions will vary highly depending on the client, but the goal is to uncover those traumas and allow them to be experienced, releasing them from unconsciously driving actions or fears. These experiences can be extremely intense, and Cohen notes that all the therapists he’s trained over the years must have undergone the therapy themselves to be able to understand what clients are going through.

“You have to know what it’s like to go back and relive this stuff, because it helps people do it themselves,” he says. “So that gives everybody who does this work a special sensitivity to what it’s like to really be open and vulnerable in the way we encourage in the work.”

As a client traces back the line of pain, the root causes can surface as hurts that were physical, psychological, or both. When Cohen began attending primal therapy sessions in his twenties, he frequently complained of chronic headaches and stress-related confusion. During one session of his “intensive,” a 30-hour block of therapy in a three-week period, he kept placing his hand on his head and telling the therapist it felt like he was struggling to be born. When Cohen spoke with his mother and asked her to describe his birth, she told him that the doctor was late to the delivery and the nurse was physically holding him back from being born. “That set up two major traumas for me,” he says. “On the physical level, when I would get stressed I’d get headaches. As a result of feeling this stuff all these years later, I rarely get a headache now. Confusion was also a huge symptom at that point. I’m not a confused person at this point, I’m pretty direct and clear on decisions that I want to make. It had major impacts, and it does for many people who go back and live that stuff.”

Cohen also works with clients whose root pain is psychological. He used an example of a doctor who became a client after he began suffering from clinical depression when his wife left him. During the doctor’s intensive, he began to relive the experience of his mother’s death when he was three years old. Integrating the experience into his current life, he was able to see how his wife’s abandonment was triggering memories of his mother’s death. “The thing to understand is that when somebody goes back and lives something that’s been buried for that long, it’s so healing for the person to uncover it that they immediately feel better,” Cohen says. “It’s like a wound that is finally being cleansed and seen. Then, we always spend time in the session integrating and talking. We help integrate how the early trauma may be affecting their present-day life.”

According to Cohen, repression of pain and painful memories is the basis of many maladies, and exploring where love went wrong in early life can help put the pieces together in current circumstances. “To me, it’s all about love—that’s what it comes down to,” he says. “I don’t think we ultimately heal in life until we’re able to love and be loved as adults.”

Healing the Trauma Body with EMDR

Therapy Goes Virtual in the Time of COVID-19 Sponsored