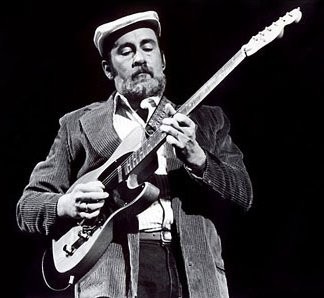 December 6. The circumstances of legendary blues rock guitarist Roy Buchanan's death in 1988 remain mysterious: Why would the married father of six hang himself in jail after being booked on drunk-driving charges, when he was experiencing a long-awaited career comeback? Nothing's ever been proven, but to many it smacks of an overzealous arrest and cover-up by Florida police. Whatever the story, Buchanan's Telecaster mastery has burnt its stinging style into the hearts, ears, and minds of battalions of six-string disciples. This hot night at the Falcon brings together three of the greatest, Jim Weider, Arlen Roth, and Danny Kortchmar, who are backed by Levon Helm Band keyboardist Brian Mitchell and others. (Racines avec Steve Riley do-si-dos December 7; Mala Waldron waxes December 22.) 7pm. Donation. Marlboro. (845) 236-7970.