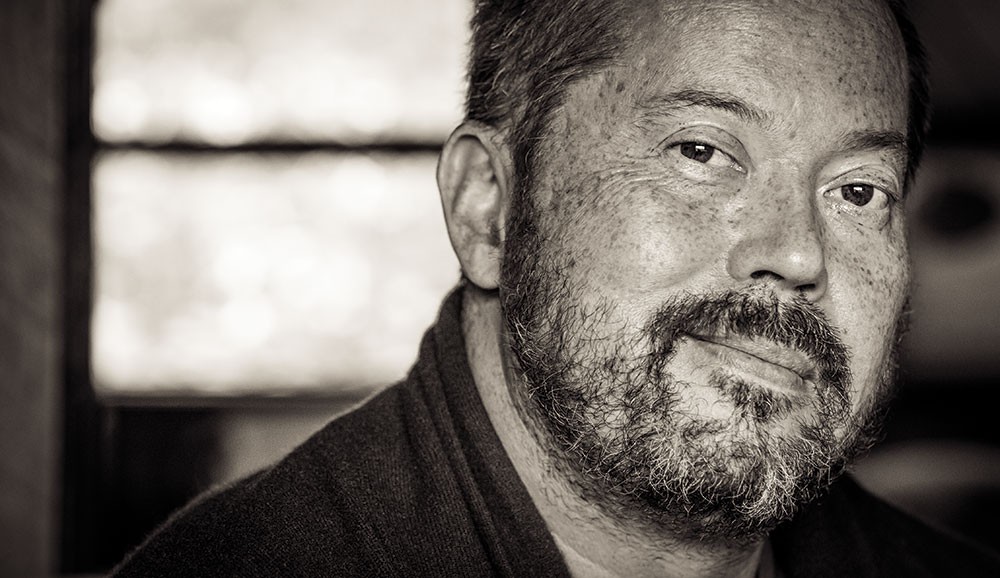 The location of Alexander Chee's rural Ulster home couldn't be more remote from the Second Empire Paris he evokes in his second novel, The Queen of the Night (Houghton Mifflin Harcourt, February 2016). Leaves are on the ground, lightly sprinkled with snow. The embracing woods and distant mountains are brushed with pale orange and yellow. All is beautifully quiet; only a whisper of wind disturbs the stillness. If the scene resembles anything from The Queen of the Night, it's the stark, Minnesota wilderness of the heroine's childhood—a wilderness from which she's driven by an unnamed fever that claims her family, leaving her orphaned, fending for herself at the age of 12.

Inside the cozy, cathedral-ceilinged lodge, Chee is welcoming in casual pants, shirt, and a sweater. He's arrived just moments before, having been delayed in traffic on the drive from SUNY Purchase, where he was a guest reader. When asked as to how he found this remarkably isolated spot, Chee explains that he and his partner—director and screenwriter Dustin Schell (a distant relation of actors Maximillian and Maria Schell)—were considering an alternative to the often blaring sights and sounds of their Hell's Kitchen neighborhood. They had friends in the Big Indian region, so the area became the focus of their search. "The original listing didn't look promising," Chee says. Built in the early 1930s, as one of the first dwellings of a proposed private hunting association—an idea nixed by the Great Depression—the lodge pictured in the listing maintained its architectural integrity, but its walls were mounted with animal heads and a large, stuffed bear stood in a corner. Nevertheless, on his first visit Chee put aside his misgivings and found the lodge to his liking.

Since then, with the standing bear and trophy heads removed, earth-toned paint applied, gray wainscoting, contemporary lighting, and a hot tub in the woodshed, Chee, jokingly, describes the lodge as "Palm Beach meets the Catskills." "Being here, being able to have this house," he says, "makes me feel lucky." And well he should. With the publication of The Queen of the Night, he's been riding a wave of success that began to build 15 years ago.

Chee's debut novel, Edinburgh (Picador, 2001) is a coming-of-age tale set in Maine about a boy soprano, of Korean-American descent, who suffers the shame and humiliation of sexual abuse at the hands of his choir master. The novel is semi- autobiographical: Chee was born in Rhode Island of a Korean father and American mother and spent most of his childhood in Maine where he performed as a professional boy soprano until his voice changed and "became a mockery of what it had been."

Edinburgh earned its author a Whiting Award, the Michener/Copernicus Fellowship Prize, an NEA fellowship, the Asian American Writers Literary Award, a MacDowell residency, and a Lambda Editor's Choice prize. Teaching posts and visiting writer offers were soon to follow at the New School, UMass-Amherst, Leipzig University, and the University of Texas. At present, he's teaching fiction writing and the essay at Dartmouth. He has also written for the New York Times, Slate, The New Republic, Bookforum and the San Francisco Review of Books, and Amtrak awarded him a grant to ride and write cross-country by rail. That journey proved to be one of his best writing experiences ever. He says he likes to write "in unexpected places," especially trains. Edinburgh was written almost entirely on the New York City subway, and he enjoys writing on Metro-North's Hudson River Line

Now, engaged in the promotion for The Queen of the Night, it may be a while before Alexander Chee has the leisure again to ride a train from sea to sea. The novel, in its ninth printing, has been a national bestseller, and its just been released in paperback. It's even put Chee in front of TV cameras on "Late Night with Seth Myers," not a routine occurrence for a serious author of literary fiction.

What Chee has created in The Queen of the Night is an inventive telling of a life lived as opera, an outsize, mythical, fairytale. The orphaned heroine arrives in Paris as a singing bareback rider with a New York circus. She shortly leaves the circus and steps into the theater of Paris during the reign of Napoleon III. With the adopted name of Lilliet Berne, the waif-like orphan conceals her true origins and past involvement with the circus, and, in turn, becomes a prostitute, a mute attendant to the Empress Eugenie, a spy, and the most celebrated falcon soprano (a soprano with a range placed between a dramatic and mezzo soprano) in France. Her voice is so delicate she could lose it at any moment. To preserve her voice, she never speaks in public, adding to her mystery. She's courted; she's imprisoned; she's lavished with jewels and gowns. (Chee attended an exhibit in Paris of the Empress Eugénie's costumes to get the dresses and the jewels right.) She flees Paris during it's burning in the Franco-Prussian war in a hot air balloon from the roof of the Paris Opera. 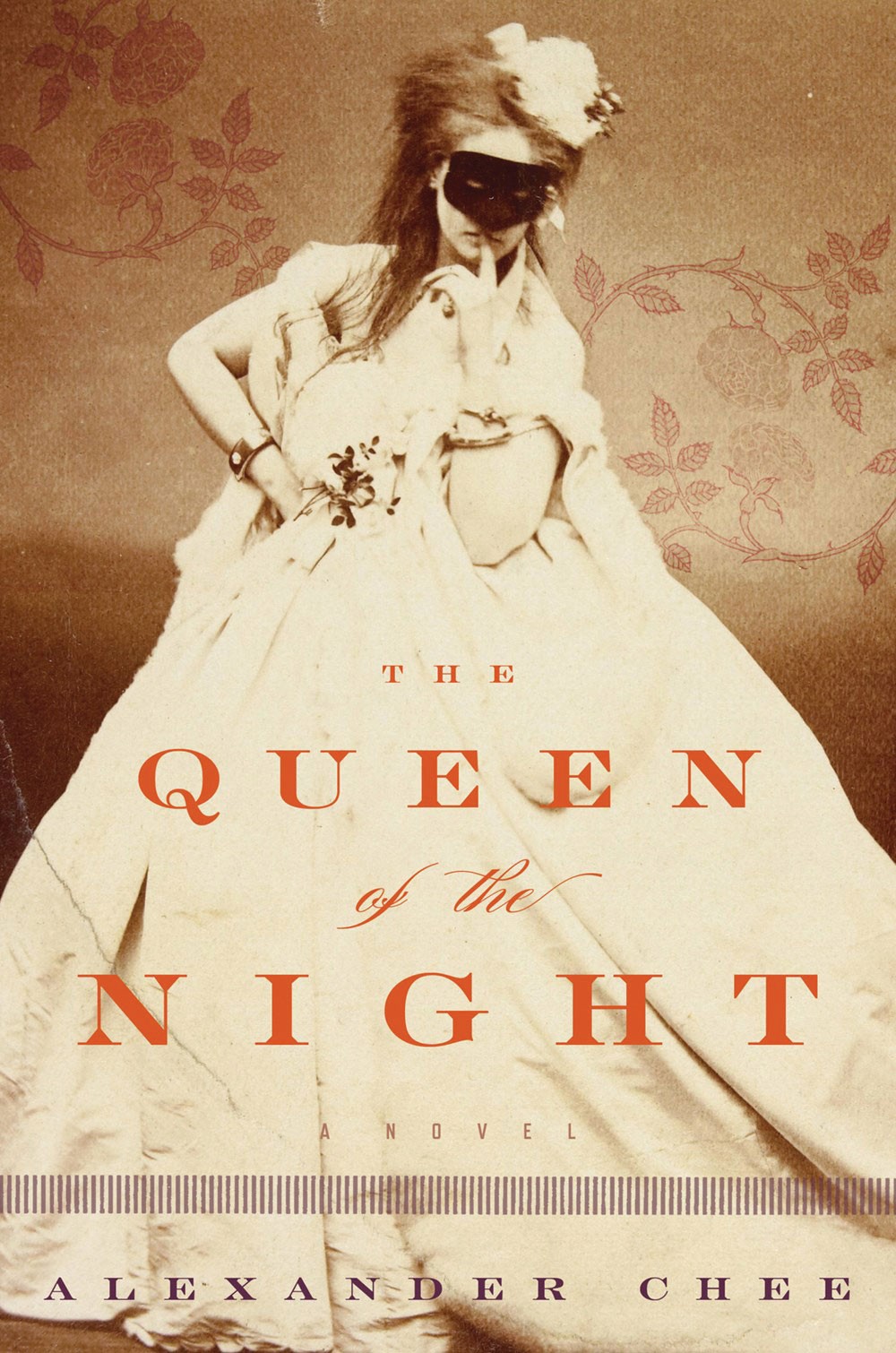 At the height of her fame as a soprano, Lilliet is approached by an author who's written a novel, The Universal Circus of Decay, which seems to be based on her real life, not the life of the Lilliet Berne she has invented. The truth of her life prior to becoming a celebrated soprano is known only to four people. The writer wants to convert the novel into a libretto and have Lilliet portray the lead, thereby, portraying herself. A role originated just for her unique vocal abilities is a dream that has eluded Lilliet. But if the dream is made real, it may expose the deceit of the exterior she has created and destroy her. The author is also in possession of personal objects Lilliet considered lost. Finding out how he came into possession of the objects and which of the four possible suspects divulged Lilliet's secrets provides the narrative engine of the story.

It's speculative fiction that's also populated with historical figures. Verdi, Turgenev, and George Sand make appearances. And the Comtesse de Castiglione, graces the front of the hardcover edition of The Queen of the Night in one of 700 photographs, in the collection of the Metropolitan Museum, she had commissioned by Pierre-Louis Pierson. It uses history as theatrical backdrop and is loosely based on Mozart's opera The Magic Flute." It's trial by fire and water. It's fabulism, à la Italo Calvino, as written by an American author with a grand, sensual imagination, who enjoys research as much as he enjoys writing.

Chee says the underlying themes of the novel deal with fate, masks, and fixed roles, the way society—in the case of "Queen," the restrictive society of Second Empire France—forces his characters to wear masks and assume roles. Though fate plays a big part in the novel, Chee says he doesn't believe in fate. "We aren't the playthings of the gods," he says. Lilliet's "argument with fate is her argument with her life."

In his own life, Chee doesn't assume masks or adhere to the prescribed roles of social class, gender, ethnicity, and history. Raised partially in South Korea and Main, Chee abhorred the prejudices people had about him based on his appearance. "People would actually ask me, 'What are you?' If they were polite, they'd ask how my parents met." Chee acknowledges that while we may not be living in the rigid hierarchy of Second Empire France, contemporary society still demands that we play fixed roles. Chee most admires mold breakers, exemplified in The Queen of the Night by Lilliet and the Comtesse de Castiglione—"women who use their celebrity and sexual power not as vanity, but as a calculated part of their personal and political power."

So what's next for Alexander Chee, after the 15 years it took him to write The Queen of the Night and the subsequent demands of its marketing campaign? It's more work! He has three novels in various stages of gestation, and a new book, How to Write an Autobiographical Novel , is forthcoming. Plus he and Dustin are collaborating on a screenplay, "The Scarlet Professor," about the life of the closeted Smith professor, Newton Arvin, whose life was destroyed when his apartment was raided in 1960 and his collection of male erotica was confiscated.

In the midst of so much productivity, Chee does find time for play. He's developed an enthusiasm for karaoke, and he's started signing again, performing on NPR's "Cabinet of Wonders," recorded live at City Winery in Manhattan. And as often as he can, he travels to his Big Indian getaway, the place where he feels "like the luckiest person alive." 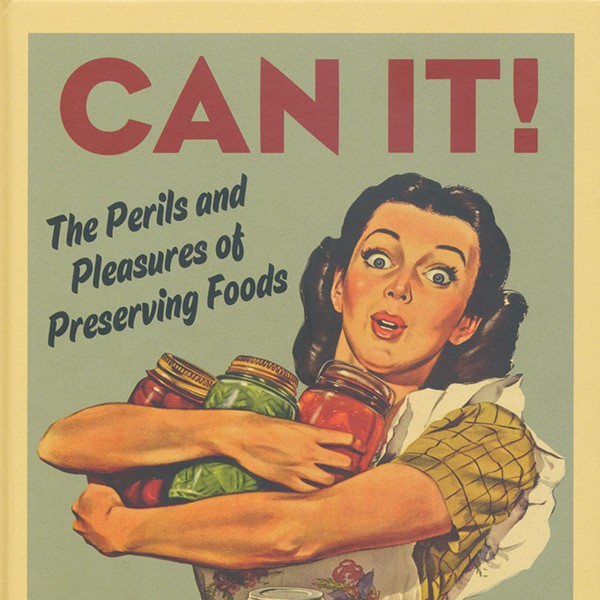