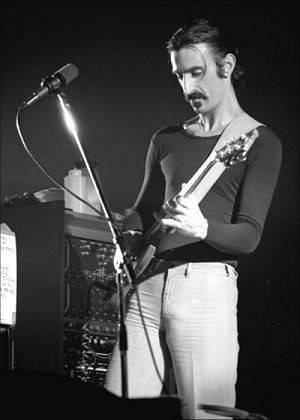 Zappa, director and actor Alex Winter’s acclaimed 2020 documentary about the iconic American musician Frank Zappa, will get a special screening at Tinker Street Cinema on November 19 with Winter himself in attendance.

For the making of the film Winter was granted unrestricted access to the Zappa family trust, drawing on rare and unseen archival footage of the late Mothers of Invention leader and solo artist known for his adventurous music and outspoken revolutionary stance. Included in the film are appearances by Frank’s widow, Gail Zappa, and such collaborators and cohorts as Steve Vai, Pamela Des Barres, Mike Keneally, Ian Underwood, Bunk Gardner, David Harrington, Scott Thunes, Ruth Underwood, Ray White, and many others.


Winter is famed for his roles in the hilarious Bill & Ted movie series, as well as The Lost Boys (as Marko), Freaked (as Ricky Coogan), Death Wish 3 (as Hermosa), and other films.

Alex Winter will present Zappa at Tinker Street Cinema in Woodstock on November 19 at 8pm. Tickets are $15 and can be purchased through the theater’s website or at the door.