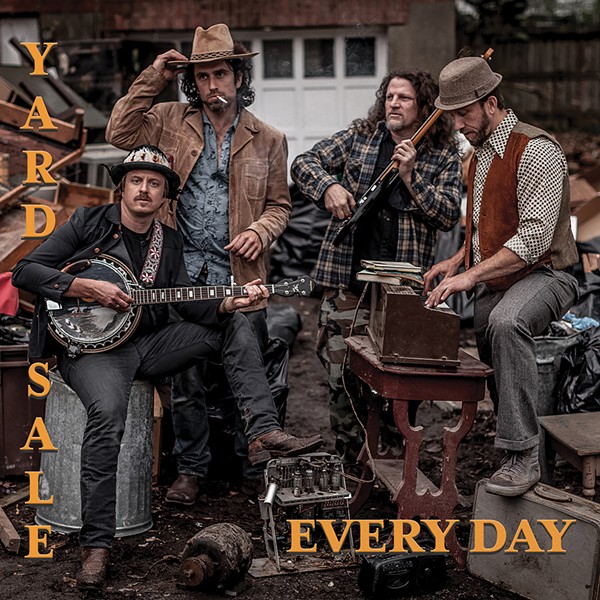 New Paltz band Yard Sale's newest release, Every Day, is a collection of nine whiskey-soaked roots and Americana tunes that inspire foot stompin' and washboard scrapin', and are tailor-made for either fightin', cryin', or drinkin'. Maybe even some combination of all three. The record kicks off with the ribald-but-timeless "It's a Doggone Shame." Sweetly sung harmonies sit behind lead vocal deliveries that at times feel like a spit in eye. The band plays a style of music that has been augmented, modified, co-opted, and in varying degrees, either perfected or butchered by several in the post-Dylan-and-the-Band-move-to-Woodstock era. But Yard Sale do the well-traversed genre much justice, and their live show does not disappoint (catch them at the Falcon in Marlboro on June 21). They're the kind of band that barely needs electricity or amplification to translate to an audience. This writer highly encourages your attendance.