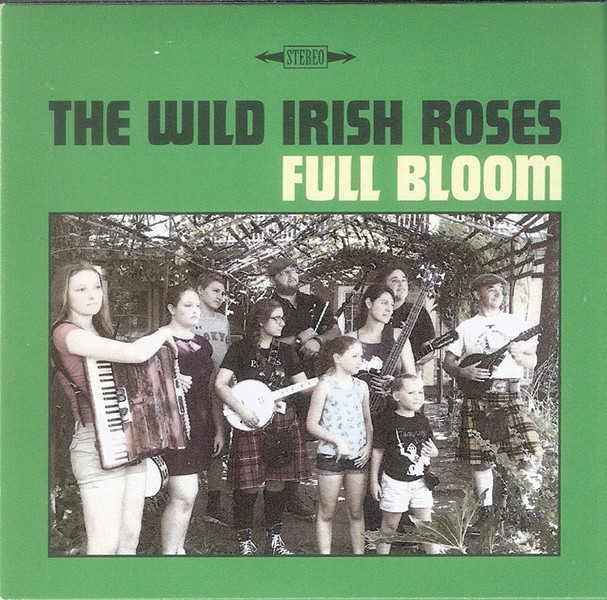 The family that plays together stays together, to paraphrase an old religious slogan. The Rose family of Wallkill is living proof of that motto, with the release of their fourth long player, featuring Kristina (bass, vocals), Michael (guitar, vocals), and the five oldest of their eight children. Recorded in their home studio and featuring 17 tracks of original and traditional Celtic songs, the Roses add more than a dash of rock 'n' roll attitude to the equation. Standout Celtic-infused covers include the Sweet's "Fox on the Run" and a bagpipe-infused take on the Velvet Underground classic "All Tomorrow's Parties." The later received substantial airplay earlier in the year on free-form radio behemoth WFMU. Sisters Josie, Evelyn-Marie, and Penelope-Anne take featured tracks on lead vocals, while son Aenghus ably fills the drum seat and oldest sister Hannah contributes vocals, and plays bodhran, a traditional frame drum.

WILD_IRISH_ROSES_All_Tomorrow_s_Parties.mp3
Update Required To play the media you will need to either update your browser to a recent version or update your Flash plugin.