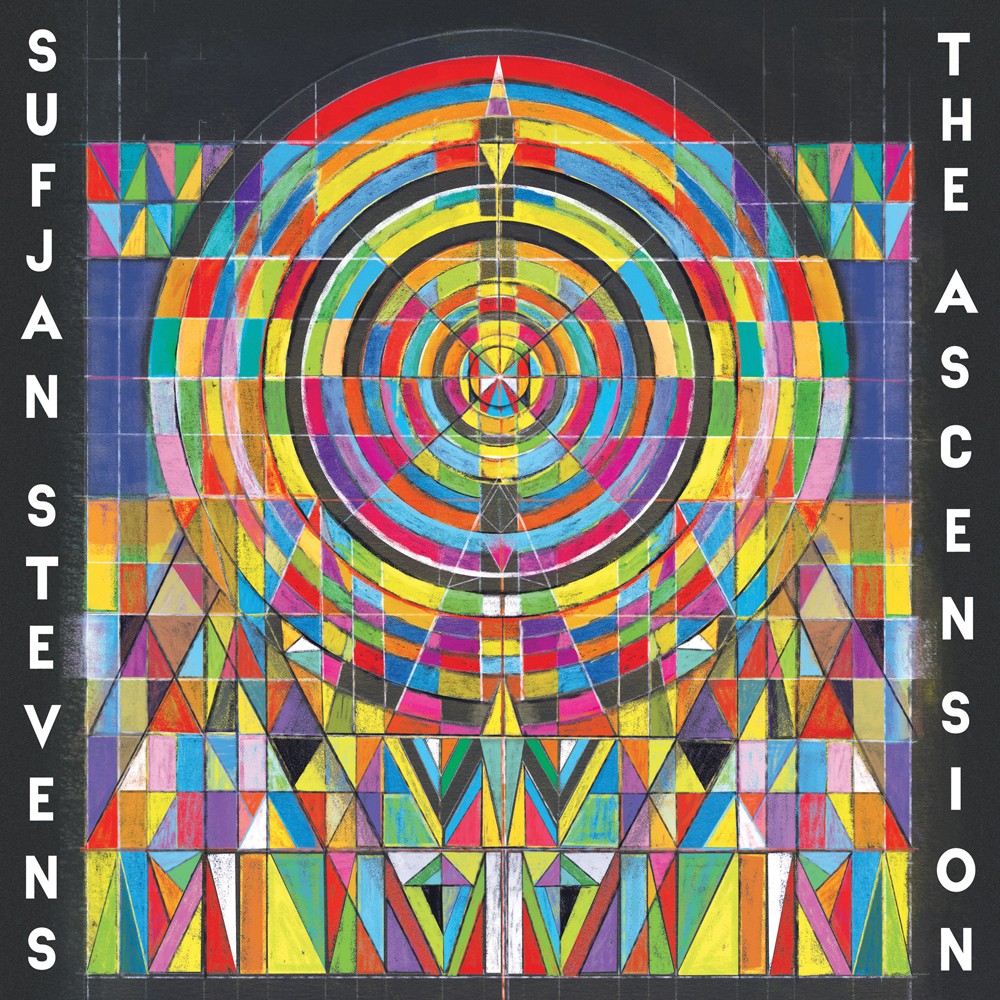 In the tumult of our times, Sujan Stevens's eighth solo outing invites us on a mind-bending, head-bobbing, ethereal expedition. Whether or not the hypnotic tome was written before the pandemic and civil unrest, The Ascension floats above to question and comment on the chaos below and within. All the more fitting to have emanated from the previously angel-winged performer who recently descended upon Catskill country, another soul fleeing the pollution of light and noise, to sparkle in the quiet of Van Winkle's cove of slumber. Apt placement in light of dreamy cadences, pitter-patter beats and fog-kissed emotions misting through deciduously naked valleys and evergreen mountaintops. As percussive elements dart left to right, back and forth, synth beds and stark lyrics render contemplative and addictive, reverb-drenched meditations.

The lofty 15-song album was performed, recorded and produced by Stevens, who is also responsible for the symbiotic kaleidoscopic cover art. The songwriter sings, plays drums and percussion, synthesizers, drum machines, guitar, piano, and recorder. The result is dense. Scandinavian blue-ice electronica fused with the humid ecstasy of a Balinese moonlit rave. An alluring collision as Stevens's melancholic thoughts and voices swirl and trapeze with acrobatic intensity. Perhaps most cherished for his chamber folk forays, Stevens's accolades are many, including Grammy and Academy award nominations and multiple collaborations, including one with the National. The Ascension is a departure from some of Stevens's more precious explorations; an expansive and probing effort that feels more inclusive and more at peace—still searching, but not desperate.