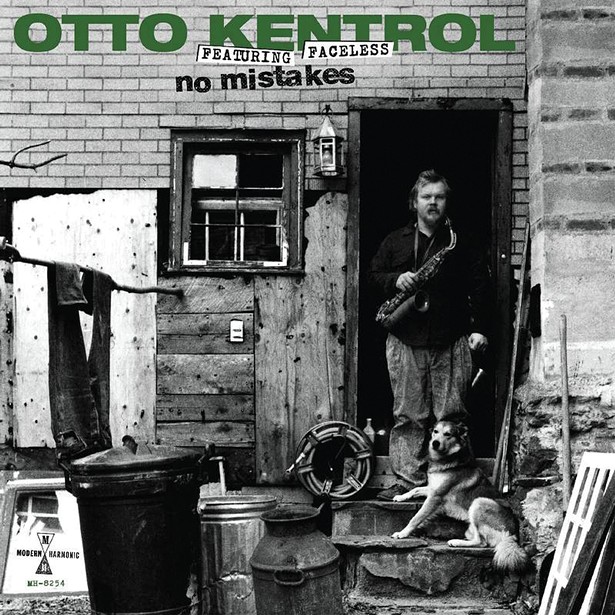 If you've been going to see live music in the Woodstock area for long enough, the odds are good that you've seen saxophonist and multi-instrumentalist Otto Kentrol AKA Bill Ylitalo. Maybe you've caught him performing with such bands as Blue Food, Big Sky Ensemble, Swollen Monkeys, the Bard College Symphony Orchestra, Baird Hersey and Prana, or various Karl Berger-led projects or perhaps even teaching gamelan music at Bard. Ylitalo is one of those musicians who holds the whole scene together and embodies the best and truest spirit of Hudson Valley music; a genre-straddling, music-for-music's-sake player who earnestly connects with, burrows into, and inhabits any style, whether it be straight-ahead bar funk or defiantly experimental no wave sounds like the ones that fill the luxe two-LP career album No Mistakes.

The program begins in Kentrol/Ylitalo's native Wisconsin, where he played with noisy punks Appliances SFB before going on to study with free jazz legend Roscoe Mitchell and at Woodstock's Creative Music Studios and debut with the EP Learn Greek in Greece, whose 1980 sessions make up the set's first side. Balancing out the exhaustive anthology are a brace of bent-and-spiky 1982 cassette demos and 1983-1984 tracks by the sometime CBGB plumber's (brave man!) trio Faceless. With in-depth liner notes by WFMU's "Spin Age Blasters" host Erick Bradshaw, it all adds up to a compendium of overdue appreciation and a mandatory purchase for fans of prime early '80s underground skronk 'n' squeal.