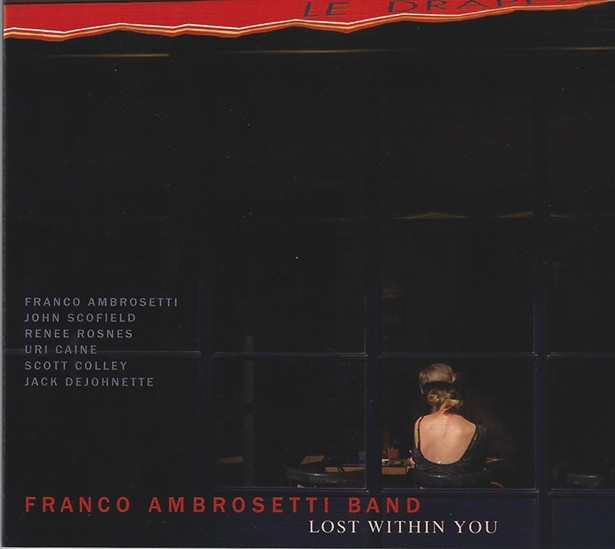 Franco Ambrosetti Band | Lost Within You


For Lost Within You Swiss-born trumpeter and flugelhornist Franco Ambrosetti is joined by a to-die-for band that includes several Hudson Valley jazz greats among its members: guitarist John Scofield, pianists Rene Rosnes and Uri Caine, bassist Scott Colley, and drummer Jack DeJohnette, who here makes a rare appearance on piano for the Horace Silver composition “Peace.” That hard bop gem is one of the cache of standards inhabited by the all-star musical grouping during this sumptuous, slow-simmering set. But amid reliably gorgeous interpretations of “Body and Soul,” “Flamenco Sketches,” and the like lie worthy Ambrosetti originals; in “Dreams of a Butterfly,” Caine’s keys unfold like the namesake creature’s wings before the tune takes flight via DeJohnette and Colley’s softly bubbling grooves and the leader’s graceful, gliding lines. True to its title, thisis an album to get lost within, repeatedly.

FRANCO_AMBROSETTI_BAND_Dreams_Of_A_Butterfly.mp3
Update Required To play the media you will need to either update your browser to a recent version or update your Flash plugin.