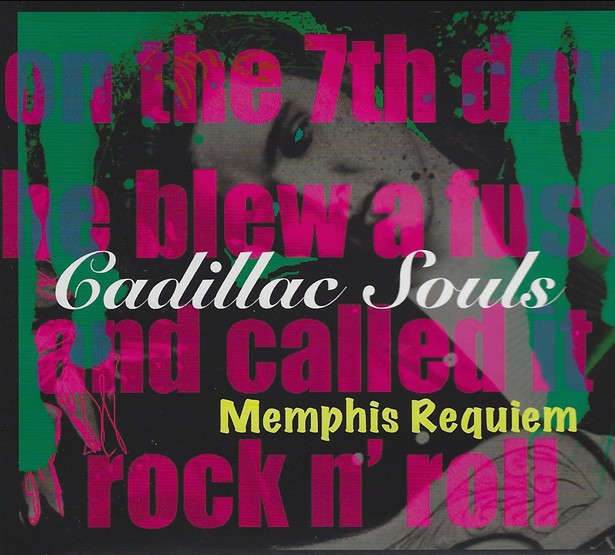 
At the dawn of the Albany punk scene, singer and songwriter Brad Whiting was one of its leading figures. With his early ’80s outfits the Leopard Society and Borrowed Flesh, he waxed two of the Capitol Region’s most essential underground 45s; the former’s 1981 “Screaming” is a garage rock classic that actually gives the Cramps a run for their money and has even been covered by Swedish greats the Nomads. Still in the game and sounding just as great, the wailing Whiting comes crawling back out of the cave with the Cadillac Souls, whose superb Memphis Requiem adds 12 recent originals to a rerecorded version of Borrowed Flesh’s rough rocker “All Night.” Dark, desperate, and as tough as the limestone that built the Empire State Plaza, the disc digs into deeper, firmer foundations by staking straight into the unshakeable blues that lie beneath all of the best and most enduring rock ’n’ roll. In song, Lux Interior once asked, “Do you want the real thing or are you just talkin’?” If your answer’s the former, Cadillac Souls is what you want.

BRAD_WHITING_Memphis_Requiem.mp3
Update Required To play the media you will need to either update your browser to a recent version or update your Flash plugin.