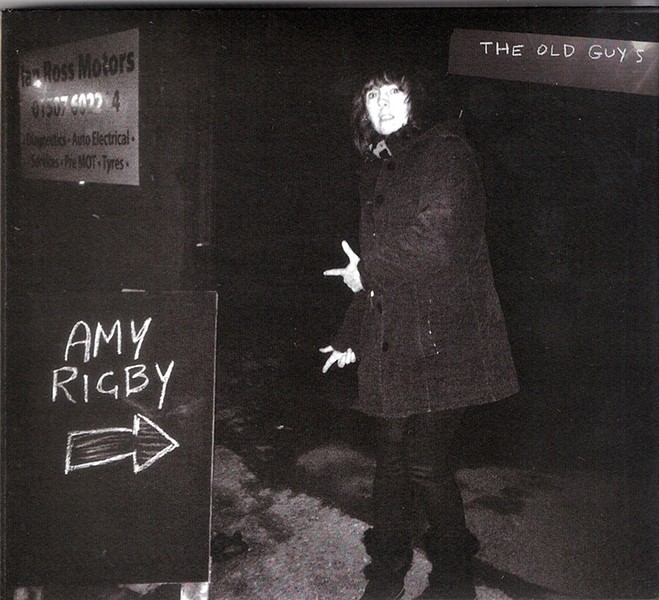 It's been almost a quarter of a century since Amy Rigby released her debut solo album, Diary of a Mod Housewife. How does that happen? As John Lennon said, "Life is what happens when you're busy making other plans." Rigby's latest long player, The Old Guys, echoes Housewife in basic ways. She still draws hard on hooky melodies, '60s jangle, and Kinksian power chords. And she's still smart as the day is long. The disc actually starts out with a letter, from Philip Roth to Bob Dylan, on the event of the latter's Nobel win. And, in the album's best song, simply titled "Robert Altman," Rigby asks the director—famous for splitting his stories into fragments, like the cracked pieces of a mirror—if it was "worth the hurt and hassles." The thrumming genteel "Altman" contains the word "nabob." Only Amy Rigby does that.

"Are We Still There Yet" displays the singer's crafty wordplay, often reserved for sexual innuendo on previous discs. And "Playing Pittsburgh" is a look back at roots that seems far more bitter than sweet. "I left at 16," she sneers, "'cause I couldn't take more / Nobody tried to hold me back / They helped me pack and held the door." Ouch! Recorded with her husband, Wreckless Eric, Rigby's voice—a little wiser, a little richer—is set off amidst the guitars. At her best, she recalls Albany legend Lonesome Val, another unsung underdog who cut her teeth in New York but found her true calling upstate. Great stuff. Amyrigby.com.