After the Eclipse: How Will You Fill the Square? | Weekly | Hudson Valley | Chronogram Magazine

After the Eclipse: How Will You Fill the Square? 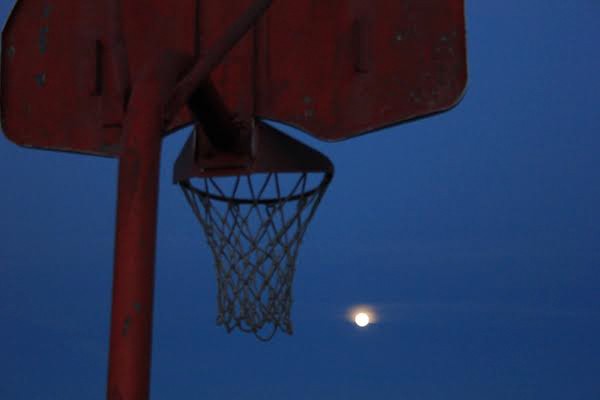 As I write this on Wednesday, the Libra Full Moon and penumbral lunar eclipse was exact only a few hours ago, with the early Libra Moon opposing the early Aries Sun. So it’s a little early for me to be able to assess the full effect of this eclipse. What I can do is comment on some of the energy that led up to and underscored the eclipse, and look ahead to a related aspect pattern that’s exact tomorrow.
You’re likely aware of the attacks on the Brussels airport and metro station Wednesday, claimed by ISIL (as well as the bombing in Istanbul, Turkey, on March 19). I offer my condolences and empathy to all those affected; as my colleague at Planet Waves Len Wallick noted, we are not living in easy times. Violence of this sort can make one feel powerless—but we do have the power of choice in how we respond to what is going on around us.
Yesterday’s eclipse occurred very early along the Aries-Libra axis, making it an Aries Point event. As you might know, the Aries Point is known for intersecting global or political events with your personal experience. Yet, you don’t have to know anybody personally affected by terrorist attacks to have had a noticeable encounter with the eclipse’s energy.
On a more personal scale, some of the things I noticed going on around me in the days and hours leading up to 8:01 am EDT on Wednesday (the Full Moon and eclipse) include: the need to take leadership or authority in interpersonal interactions; various forms of personal crisis and loss; collaborative creative opportunity appearing out of the blue; complete dismantling and restructuring of a workplace; technical glitches involving communication devices (Mercury is not retrograde—it’s direct—but it did conjoin the Sun Wednesday); rearrangement of priorities; questions about Self in relationship, vulnerability/intimacy and commitment/devotion; and taking individual-level action in the face of global injustice or group difficulty.
If none of those themes speak to you, think back over the last 48 hours (or even the last week) and see what catches your attention. You might simply need to shift perspective or get a little distance from yesterday to recognize a theme.
So what’s next? In part, that depends on you, the choices you make in response to whatever you have recently experienced, and whether you apply your insights to your next encounters.
Astrologically, the Jupiter-Saturn square I mentioned with the eclipse continues to feature prominently as we approach the weekend. That’s because Venus in Pisces is moving into alignment with Jupiter and Saturn, creating a T-square.
In other words, Venus in mid-Pisces will oppose retrograde Jupiter in Virgo at 7:58 am EDT on Friday. Then Venus will square Saturn in Sagittarius at 12:48 pm EDT. In astrology, that counts as one event, and one aspect pattern. Just before Venus makes those contacts, Saturn stations retrograde at 6:01 am EDT Friday.
With this trio of planets, we have an image of intuitive feelings, receptiveness and idealism (Venus) on one side of a teeter-totter, trying to balance with what may be an overreliance on past facts and old plans or self-criticism (Jupiter is retrograde, therefore oriented inwardly or on the past). And the point upon which they are trying to balance is retrograde Saturn—an image of looking to past beliefs (religious, moral or spiritual) for some kind of structure or foundation to rely on, rather than looking squarely at the present situation or context.
Since Venus is the only planet of the three in direct motion, one way through any interpersonal conflict or inner tension you encounter is to remember your empathy. Sometimes, “all you need is love.”
At other times—such as when the sky is so dominated by planets in dreamy, sensitive Pisces—it helps to engage the multi-faceted talents of your brain in full, conscious awareness of the present moment’s many layers. A little-known asteroid called Itokawa is in Gemini in the exact same degree as Venus, Saturn and Jupiter. Itokawa therefore turns the T-square into a grand square in the mutable signs (Gemini, Virgo, Sagittarius and Pisces), which is more stable than a T-square.
Named after a Japanese rocket scientist with Renaissance-man interests, Itokawa seems to indicate one of the qualities you might find useful right now: the ability to hold more than one truth in mind at once.
How you integrate those truths is up to you. None of us is alone in our experience of the current astrology; yet sometimes we act that way, forgetting to consider another person’s reality alongside our own. If you can broaden your mind’s scope in a way that is not destructive, and can side-step both rigidity and sentimentality to find your way to empathy and mindfulness, you’ll be well on your way to parlaying yesterday’s eclipse into a useful new pattern.