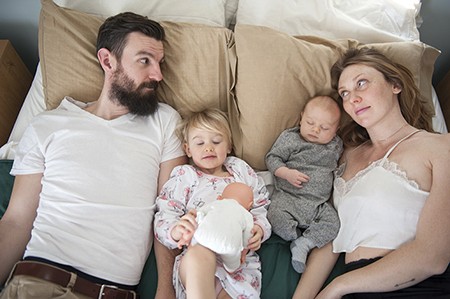 "Sexuality is more than a metaphor for the relationship— it stands on its own as a parallel narrative." —Esther Perel

Cyndi Darnell likes to ask people straight out: "Why do you want to have sex?" They might be sitting on her couch during individual therapy, or peering at her on screen via Skype, or in a workshop like the one she's offering at Omega Institute in Rhinebeck this May ("Sacred Sexuality: Discover Deeper Connections & Enjoy True Intimacy," May 27 to 30). People might squirm and look at her funny, but Darnell won't look away. A sex educator and relationship counselor, she feels it's an important question—despite the fact that we're all taught about sex through the lens of reproduction, that's not why most people do it. In reality, Darnell knows that the two most common reasons that people have sex are for pleasure and connection. And most of the time, that doesn't involve swinging from a chandelier as we orgasm (preferably multiple times and preferably with a hot 25-year-old). But Darnell says, "If you keep pleasure and connection in the front of your mind, you are going to be much more open to a variety of experiences."

Sex in long-term monogamous relationships is rife with challenges. In a lifetime together, there are heated arguments and make-up sex, caustic tongues and apologies, wandering eyes, physical changes, and tangled private jokes.

Desire requires mystery, but there's not much of that in a long-term union, especially one that's seen pregnancy and childbirth. "It is ironic that sex makes babies and then children spell erotic disaster for couples," Perel quips during her TED Talks. Parenting changes people. And so does time. A sex life that's been put on the back burner might not come alive again in the same way. Where parents once spent hours exploring each other's bodies, they are often pressed for a quickie before the kids interrupt. Traumatized by childbirth, overwhelmed by transitions in parenthood, inhibited by the presence of others, some couples don't have sex for months or years. In some long-term monogamous relationships, a baby isn't even needed for a sexual dry spell. But for most experts, like Perel and Darnell, the fact that sex and intimacy waxes and wanes is not the problem. The problem lies in our imaginations.

For Kyle Needham, an oyster caterer who lives in Kingston, it's about challenging yourself and your partner to find new ways to be intimate and redefine what it means to feel sexy. Not just with the birth of a baby, but as a regular practice within the partnership. When he met acupuncturist Alexis Arvidson, he was a regular at the bar she was tending during grad school. He consciously decided not to be the guy who asked the sexy bartender out. Instead, they built a flirtatious friendship until Arvidson Needham made a move. Eight years later, they're married with two kids. And Needham tries not to take anything for granted. That yearning courtship still sparkles between them as they pass their new baby, Needham complimenting Arvidson Needham's outfit changes, during our photo shoot. He points out, "You always have to try. You always have to be kind of active in the relationship." Complacency, to Needham, just propagates a slow separation from each other. He says, "To make a relationship last, you need to be honest about what your wants are and what your fears are and lay it all on the line for your partner."

"Talking about sex is fundamentally important to creating the kind of sex life that you want," Darnell says. She promotes conversations about what people would like to receive, even if it doesn't look like conventional sex. One of the most common complaints from women who have just had a baby is that they feel "touched out." A mother's body is the family body. She births, feeds, and lulls the children, and her body provides comfort and companionship to everyone in her nuclear family. The touch often comes with a sense of urgency (diaper changes, hunger, quickies), and sex can feel like just another thing she has to give. "That doesn't mean that she doesn't love her partner anymore," says Darnell. "That doesn't mean that she's not interested in sex anymore." To Darnell it means that the intercourse they've been having may be off the menu for a little while, but that just opens the door of possibility for other types of pleasure.

Our Bodies, Ourselves: A Feminist, Millennial Artist On Bodies, Hair & Gender

Girls Are Doing It for Themselves