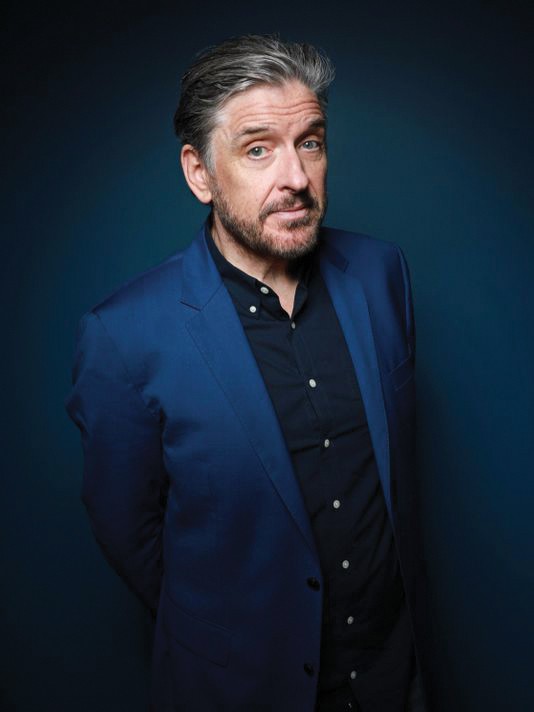 Craig Ferguson is famous. But when you read his stories, it feels like he is your witty Scottish friend sitting next to you in a bar, shooting the breeze. Ferguson's third book, Riding the Elephant: A Memoir of Altercations, Humiliations, Hallucinations, and Observations (Blue Rider Press), is a collection of stories told with transparency, guttural honesty, and fluidity. There are no barriers separating reader and writer, just the gap between two bar stools.

American audiences were introduced to Ferguson via "The Drew Carey Show," where his role as Mr. Wick lasted from 1996 to 2003. He then moved on to host "The Late Late Show" for over 10 years. Those two opportunities (and many others) allowed Ferguson to build a global audience, but the confines of network television never fully suited Ferguson. His writings enable him to open up in a way TV execs would never let him.

Although Ferguson is best known as a stand-up comedian and actor, Riding the Elephant proves that the written word is another one of his strong suits. For this Renaissance man, his mode of expression is a question of matching medium to subject matter. "These stories, events, or thoughts, wouldn't fit into stand-up, or any other medium of expression," says Ferguson. "More nuances are available when I write, more moods. You can be more experimental, take your time, and craft different layers. These stories are best told through writing. And there are more. These are just the buns that are out of the oven."

Ferguson didn't write the stories in Riding the Elephant independently from each other. He wrote the book from beginning to end, as a whole. "That way, I was able to echo from one story to the next," explains Ferguson. In the book, he doesn't pull punches nor try to save face in any way. "These stories are honest and to the best of my recollection," shared Ferguson. "And if you frame them correctly, your past humiliations can be entertaining for someone else. That's good recycling. If you have trash in your mind and soul and you recycle it for the entertainment of someone else, then I think that's a good use of it".

Bad decisions make good stories. And Ferguson has got some good stories—stories that could only come from a man who played drums in multiple bands in the early '80s, before launching a career in stand-up comedy, theater, and television in the UK. These stories could only come from someone who was stifled by the bottle and a bad attitude, but then sobered up and made a life-changing move to the States that quickly launched him into the global spotlight.

Ferguson, now is in his late 50s, is ready for a new chapter. "I don't know how much longer I am going to be doing stand-up," he divulges. "I am losing the appetite for performance. I have been doing it since I was a teenager. I don't really want to anymore. I much prefer writing now." Lucky for fans, Ferguson's writing is just as enjoyable as the performances he has given on stage and screen.

Craig Ferguson will be at Bard College's Olin Hall reading from his new book Riding the Elephant: A Memoir of Altercations, Humiliations, Hallucinations, and Observations on May 8 at 7:30pm. $33 admission includes a copy of the book.

Riding the Elephant: A Memoir of Altercations, Humiliations, Hallucinations, and Observations