A Trio of Japanese Films at PS21 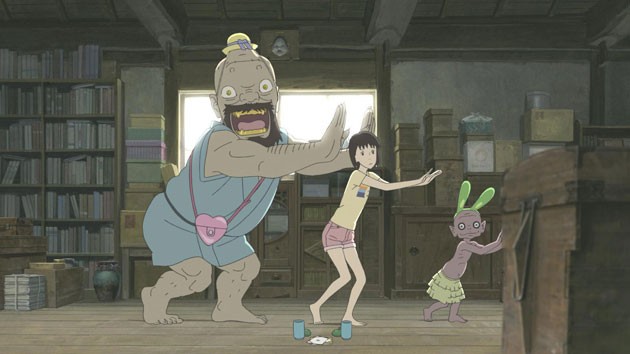 As a warm-up to FilmColumbia Festival happening later this month, PS21 will host a mini Japanese film series over Columbus Day Weekend. This trio of screenings is curated by theater director and filmmaker Regge Life. "Regge has created films all over the world, but from a young age has loved Japan," says marketing director Sam Reilly. "In college, he had such a love of Japanese film he would cut classes to go to Japanese film festivals." Life has produced a trilogy of award-winning documentaries about Japan as well as a feature film on Okinawa entitled The Cocktail Party.

Programming at PS21 kicks off on October 5 at 7:30pm with a screening of Kon Ichikawa's sweeping epic An Actor's Revenge. Set in the 19th-century kabuki theater world, the film follows a female impersonator as he attempts to avenge the deaths of his parents in a kaleidoscopic blur of identity, convention, and color.


On Saturday, PS21 will screen Our Little Sister, Hirozaku Kore-eda's live action take on the graphic novel Umimachi Diary: Our Little Sister, a moving treatise on family politics, guilt, forgiveness, and love. A Letter to Momo will close out the mini festival. This beautifully hand-drawn animation follows a young girl as she explores her new island home, uncovers a trio of mischievous spirits, and grapples with her father's death. "The black box theater is a wonderful setting for film screenings—It's intimate," says Susan Davies, Administrative Director for PS21. "We have a brand new projection system and huge screen so we can offer a high-quality, immersive screening experience."