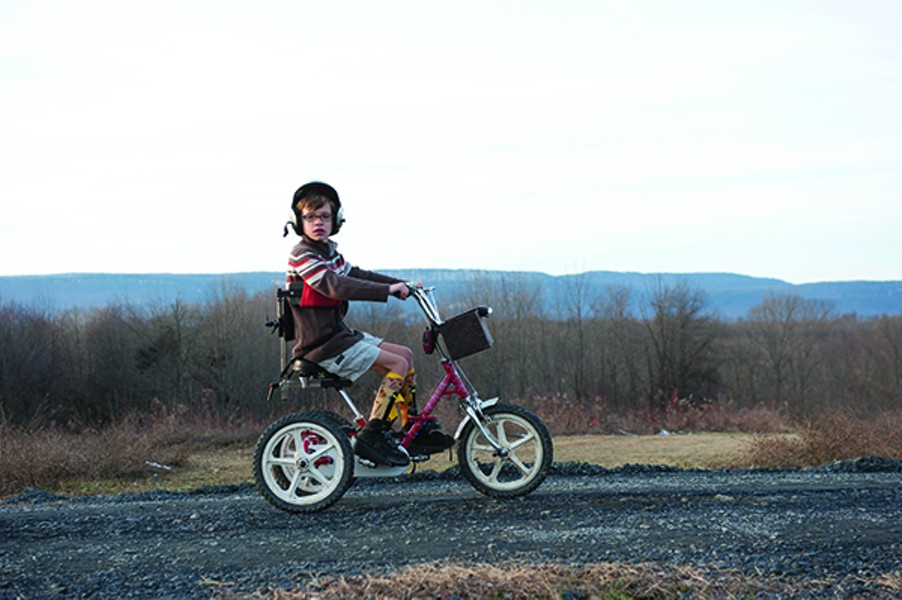 This year, the Kortans turned to homeschooling. Curriculum must be scanned for Timmy to read independently. That adaptation didn't always happen at school. And with a half day spent in special services, Timmy would get the academics in bits and pieces. Now the Kortans can do a block of learning after his school services, and Timmy says his day isn't so tiring anymore.

Debbie Major, the founder of Zylofone, a mobile music program in Orange County for people with special needs, feels a one-size-fits-all approach is the biggest problem. "School districts don't give typical children the opportunity to be what they can be," Major says. "Every person has their own style of learning. Special-needs kids are given that opportunity. They look at the child to make personal assessments. Why don't they do that for typical kids, too?" Major brings personalized weekly music opportunities to habilitation facilities like Graystone Programs in Poughquag. For children's workshops, Major might do music and movement with an educational theme, or drum therapy, where kids who can't speak learn to talk through the drum. Zylofone just finished a musical theater program with three typical and seven special-needs kids. Experts find that integrating children with and without disabilities encourages diversity and compassion. Typical kids model positive social behavior, like eye contact and taking turns. And concurrently, kids with disabilities seem less foreign.

Major finds society's recent acknowledgment of the special needs community's value heartening. "In the last 50 years, we've come such a long way in giving them an honorable place in our world: not shunning them, finding them work, and making them feel like they don't just matter, but that they're important." It's especially poignant to Major, whose 20-year-old twin sons are both autistic.

Kortan says the biggest challenge for her family is making friends. Kids can be compassionate and make attempts to understand Timmy, but it feels to Kortan like there's an element of doing the right thing rather than balanced friendship. Other times, the obstacle can be other parents. "Sometimes when I call the family, I get no call back. They think it's easier not to call so they don't say the wrong thing." Richards says that people also need to get over the stigma of "those kids."

But even self-acceptance can be challenging without a diagnosis. Kortan wrote a personal essay describing how she told Timmy about his genetic disease. He was just about to go to a sleepaway camp for kids with certain life-threatening diseases, and Kortan realized she needed to explain Timmy's condition to him. There's a scene where Timmy, in the back of the car, tells Evie about it. "I glimpsed his face in the rearview mirror. He was flashing Evie a mouthful of large teeth, grinning widely. Not sad, but proud." Like everyone else, Timmy wants to belong.

The Moving Wheels and Heels dance program at the Steffi Nossen School of Dance in White Plains started as a one-day workshop in 2003 and blossomed into an annual weeklong intensive of technique and choreography classes for dancers of all abilities. Nossen, a German refugee, started the school in the 1930s because she believed that dance is a unique form of education for the body, mind, and spirit. Judy Ross, the community relations director, says, "She felt that everybody can and should dance. That 'everybody' became the basis for the special-needs program." The school also offers weekly ongoing classes, and encourages siblings to attend together. One student was so excited to finally share something with her little sister.

In another essay,Kortan writes that Evie, momentarily upset about the family's situation, only reluctantly helped when Timmy's bike chain broke during a ride. "Even then, on the trail as her face scrunched up and reddened with tears and sadness," Kortan writes, "I couldn't totally give myself to her, with one eye on Timmy at all times." Back in the day, children with disabilities were institutionalized for exactly that reason: to save their siblings from suffering a lack of attention or the jealousy, guilt, anger, and overwhelm associated with caretaking. It also might keep them from a deeper level of compassion. Life with a disabled child isn't necessarily miserable, any more than life with a terrible two-year-old is. As one of the families in Far From the Tree describes, children with disabilities are a gift when the family chooses to see them that way.

Presented with Arc of Mid-Hudson

Germany's the Mix Shakes Up Albany