A Digital Approach to Mental Health

Fighting Depression with Avatars and Apps 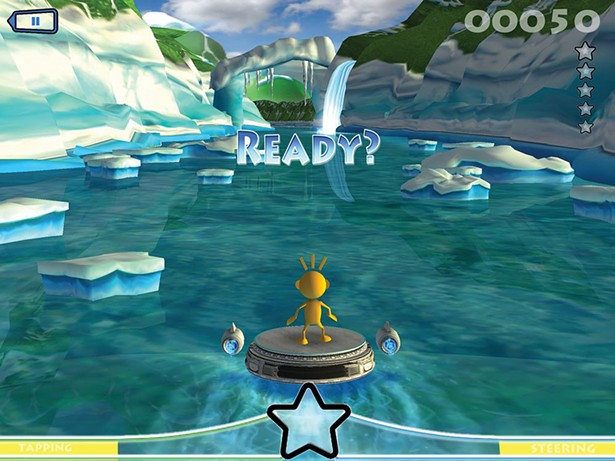 In the Bay Area, men and women in their golden years are logging onto iPads to fight invading aliens and explore new worlds via rocket ship. These senior citizens are not your usual gamers; they're booting up and taking on avatars in the name of science. As participants in the clinical study "Games to Overcome Late-Life Depression (GOLD)," they're prescribed a 20-minute daily dose of a video game called Project: EVO to measure how the game might boost their mood and mental health. A small pilot study completed last year had positive results, with nearly 100-percent adherence among participants. That's better than drugs: Adherence rates for antidepressant medications hover around 50 percent. Whether it's the nagging blues or a life-altering condition, depression affects about 2 million of the 34 million Americans aged 65 and older, according to the National Institute of Mental Health.

Project: EVO is part of a growing cadre of brain games designed to improve cognitive function in older adults. "By improving their cognitive abilities, might we also improve their depressive symptoms?" asks researcher Joaquin Anguera, assistant professor of Neurology and Psychiatry at UC San Francisco, who is coleading the GOLD studies along with Patricia Areán, a psychologist at the University of Washington. "We thought that by improving one area, we might be able to help the other. We found [in the pilot study] that their mood got better." The researchers are motivated to seek out alternative treatments to depression besides pharmaceuticals. "We're looking at video game treatment through a behavioral mechanism that doesn't involve medications," says Anguera. It's also not a far-off assumption to say that some people would rather play a video game than parse through their feelings in talk therapy.

Video game "treatment" sounds odd to most ears, and it certainly raises some eyebrows. Gaming gets a bad rap, labeled a waste of time, or worse, as a means of propagating violence. Project: EVO, developed by biotech company Akili Interactive Labs and based on neuroscience research by Anguera, doesn't intend to fall into the either category. The game teaches you to respond to certain stimuli and to ignore distracting information; the hope is that this can translate into helping people ignore or turn off negative emotional cues in real life. (In psychology speak, this is called "far transfer": the idea that a game can help the brain improve at an unrelated task for a therapeutic benefit.) If it's a leap of faith to believe this, the science will speak for itself; if the current, larger study into Project: EVO demonstrates positive results and no objectionable side effects, Akili will receive FDA approval to market the brain game as a treatment for depression, and it will become available for doctors to prescribe, just like a drug.

"No matter how well it works, we don't think this is the solution," says Anguera. "It's another solution—for example, for people who live in remote areas or who may not have access to cutting-edge care. Until it's fully evaluated, no one should assume it's the right solution for them." Meanwhile, he and Areán have been surprised by some feedback from gamers, many of whom reported that they engaged in less negative self-talk during the pilot study. The senior citizens also just plain liked the game, as if it were a pill encased in a more palatable candy coating. Says Anguera, "They didn't want to give back the iPads because they were enjoying it so much."

Novel methodologies like video game therapy and smartphone apps are bringing mental health interventions and treatments into the Digital Age, propelled by the hope that they can reach more people across the age spectrum. Of course, not everyone is convinced that such unusual modalities can work, and some psychologists have questioned the evidence behind brain games. Other voices say that some form of play is essential for the wellbeing of humans of all ages—including Stuart Brown, founder of the National Institute for Play and author of Play: How It Shapes the Brain, Opens the Imagination, and Invigorates the Soul (Avery, 2006).


Game developers like Jane McGonigal share Brown's conviction. McGonigal created the app SuperBetter to help herself recover from a deep depression and suicidal thoughts after sustaining a serious concussion. Limited in what she could do as she waited for her brain to heal, she conceived a game out of the daily self-care and baby-step progress required to surmount her medical and emotional challenges. SuperBetter unfolded into a series of Quests (daily missions) and Power Ups (small, feel-good activities) to help people overcome obstacles, all with the aim of scoring Epic Wins (larger, end-in-sight goals and achievements). Players are asked to create a secret identity (your Avatar) to help you feel strong, and there is an emphasis on social bonds (your Allies) to cheer you along on your mission and keep you accountable. The app is free, and the idea is to become the superhero of your own life as you quest toward super-betterness.