A Little Touch of Stardust: Where to Celebrate 50 Years of Woodstock in the Hudson Valley

August 16, 2019
comment
If you are somehow unaware that this weekend is the 50th anniversary of the Woodstock Music and Art Festival, congratulations on avoiding the media overkill: that seminal event was either a flowering of human potential or a pointless muddy mess, either created or destroyed “festival culture,” et cetera, ad nauseum. The slow-motion demise of plans to attempt to recreate the thing felt unsurprising: love it or loathe it, the conditions that combined to form Woodstock ‘69 were never going to be recreated in 2019.

Meanwhile, though, here in the Hudson Valley and Catskills there’s a coziness about it. It’s one of the world-renowned and historic events in our world-renowned and historic neighborhood, where tie dye and tolerance have never really gone out of style. For those who’d like to mark the anniversary in some way, there are a number of local goings-on that should slake the thirst for nostalgia, peace, love and music—because, hey now, we still know how to brew that stuff from scratch. 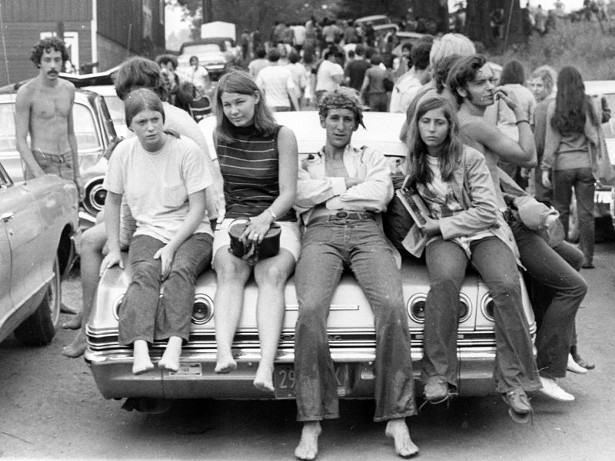 At this writing, there are still some lawn tickets available for this weekend’s shows at the Bethel Woods Center for the Arts, on the original hallowed ground. Friday features Ringo Star and his All-Stars; Saturday, Santana with the Doobie Brothers, and Sunday, John Fogerty on a tour entitled “My 50 Year Trip.”

Related On The Cover: Woodstock, Moonwalks, and Norman Rockwell's America

On The Cover: Woodstock, Moonwalks, and Norman Rockwell's America
The exhibition "Woodstock to the Moon: 1969 Illustrated" at the Norman Rockwell Museum in Stockbridge, Massachusetts, dives into the zeitgeist of this momentous year.
By Carl Van Brunt
Visual Art
Be warned, they’re restricting getting anywhere near the site to concert ticket-holders with TravelPasses, and traffic is expected to be knotty. Once you’re in, though, you’ll get access to special treats: extra live music, adult art-making, craft vendors along the Bindi Path, and games.

The Center offers a lively menu of music and arts programming all year long; anytime except this hectic weekend, you’re invited to come view the “We Are Golden” exhibit at the museum and experience the site in peace. 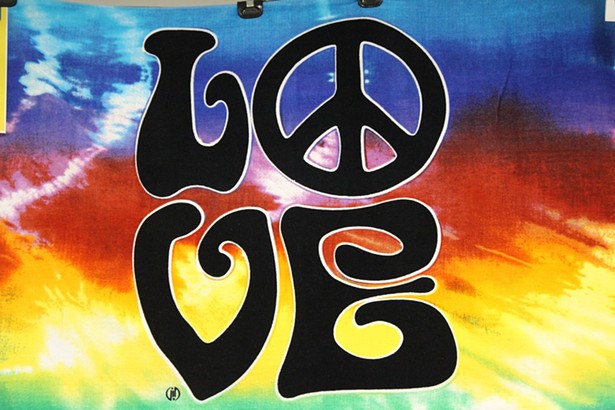 Meanwhile, in the actual Woodstock where the festival wasn’t, there’s more than a little going on. The 15th Annual Volunteers’ Day bash at Andy Lee Field will be a sweet and homey community bash featuring good eats and live bands from 2 pm on, with Rennie Cantine’s Woodstock Guitar Festival happening at 7pm and a grand fireworks display, nine-ish. Your donation at the door supports Woodstock’s wonderful people-helpers.

Also in Woodstock, you can catch a whiff of the quintessential spirit with The Fugs at the Byrdcliffe Barn. Formed in 1965 by poets Ed Sanders and Tuli Kupferberg, the Fugs are a wild mix of intellectual and raunchy counter-culturalism whose anthems include “Kill for Peace” and “CIA Man.” They’ll take the stage at 8 pm on Saturday.

Woodstock: A Legacy of Art and Community
A Story That Runs So Much Deeper than the ‘Festival That Didn’t Happen'
Since the turn of the 20th century, Woodstock has hummed as a thriving center of art, culture, commerce, and community.
By Peter Aaron
Community Pages
And at the Utopia Soundstage, they’ll be exhibiting “Elliott Landy’s Woodstock Vision,” a half-hour musical film and photography experience; multiple showtimes are offered throughout the weekend.

The spirit will be alive and well at The Falcon in Marlboro. Friday at 8, it’s The Woodstock Concert, with a powerhouse line-up of Orange County musicians paying homage. Saturday, it’s a different but tasty twist: the Ed Palermo Big Band presenting "Tune In, Turn On, Drop Out: The: Summer of Love," in which “the world’s zaniest big band” will perform Frank Zappa’s Hot Rats (also celebrating its 50th this weekend.) 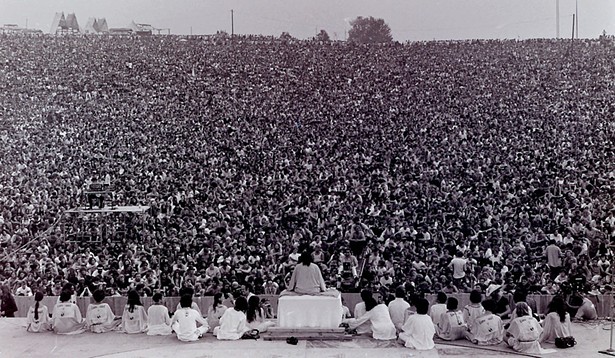 Finally, if you’re in the mood to just chill, you needn’t miss out entirely. Radio Woodstock (100.1 on your FM dial) will be diving deep all weekend long, playng the entire Rhino Records 38-disc, 432-tracked box set that reconstructs the musical timeline in chronological order and including 267 unreleased audio tracks, close to 20 more hours of music.

And you don’t even have to get muddy—unless, of course, that’s your thing.