Boo! Along with some other fun picks, here’s a couple of spooky happenings with which to haunt your week here in the Hudson Valley. Happy Halloween!

Since Woodstock has long been one of the area’s most colorful and creative towns, it makes perfect sense that it would be home to one of its most colorful and creative Halloween parades. Although ostensibly for the kids, this vibrant and joyous annual happening also sees many a grownup donning a costume to join in the fun. The quirky pageant takes place in the heart of Woodstock on October 31 from 4 to 6pm.

Inspired by the unsettling, real-life story of local murderer/cannibal Albert Fentress, area author Jode Millman’s debut thriller, The Midnight Call, takes readers on a terrifying trek through Dutchess County, referencing such familiar sites as the Vanderbilt Mansion National Historic Site in Hyde Park, Mount Beacon, the Bardavon 1869 Opera House in Poughkeepsie, and other landmarks that provide settings for the book’s twisting plot. On October 30 at 6:30pm, the Pleasant Valley Library will welcome Millman to discuss her book and the story within and behind it. The event is free, but seating is limited. Reservations are recommended.


Nashville-born, New York-based singer-songwriter Laura Cantrell re-energized country in the early 2000s, bringing a pure authenticity to the music and reminding it of its true roots in the face of the dominating pop country of the day. Her debut album, 2000’s Not the Tremblin' Kind, made fast fans of figures like Elvis Costello and influential DJ John Peel, and led to appearances on radio’s “A Prairie Home Companion,” “Mountain Stage,” and “The Grand Ole Opry.” On November 29 at 7:30pm, Cantrell and her band will perform as part of the Flying Cat Music series at the United Methodist Church in Phoenicia. Advance tickets for $15 are available online until 3pm day of show or for $18 (cash only) at the door. 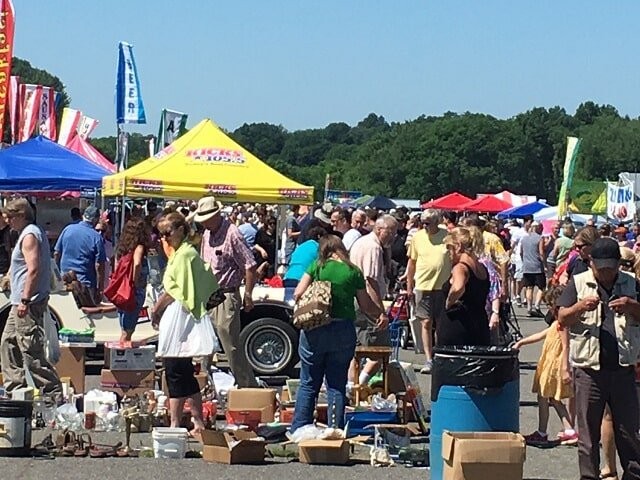 One of New York State’s largest outdoor flea markets, the Stormville Antique and Flea Market began in 1970 with just a few tables on a front lawn. Today, the biannual event, which takes place at the Stormville Airport in East Fishkill on November 2 and 3 from 8am to 4pm, boasts over 600 vendors offering antiques, apparel, jewelry, furniture, tools, collectibles, food and drinks, and myriad other goods. Admission and parking are free. Pets are not allowed.


Composer and percussionist Adam Rudolph’s Go: Organic Orchestra is known for blazing new paths in the sphere of jazz-based, world-fusion music. Recently the mammoth outfit collaborated with the likewise-large Southeast Asian-revisionist ensemble Brooklyn Raga Massive to record the newly released culture-spanning album Ragmala—A Garland of Ragas. To celebrate the record, the two orchestras will converge on November 2 at 7pm at Hudson Hall in Hudson for a concert featuring over 30 musicians. Tickets are $35 ($30 in advance).