A Guide to Towns: Poughkeepsie and Central Dutchess County

Discover food, entertainment, leisure, and community in Poughkeepsie and other Dutchess county towns.

Ten years ago, I sat in on a public planning meeting in the city of Beacon. Dia:Beacon had been bringing in a steady stream of tourists for a few years at that point, and the once-faded city was beginning to shine again. Politicians, business owners, artists, and citizens argued about what needed to be done next to make sure the momentum didn't stall. How could we get more people who come to Dia to visit the rest of the city? How could we make sure that the fruits of the city's newfound progress were accessible to all? How could we make sure that new development projects being proposed, while badly needed, were done in a way that benefited the long-term interests of the city and those that lived here instead of the short-term benefits of the developers? The conversation was heated and lasted for several hours. Finally, at the end, an elderly gentleman in the back who had been silent the whole night stood up.

"I'm from the City of Poughkeepsie," he announced. "And quite frankly, we would love to have your problems."

Fast forward to today, and the city of Poughkeepsie is finally in a position to enjoy having those exact problems themselves.

It wasn't an easy road to get there, and it was made harder by the giant one that the city laid down in the 1970s: the Arterial, the combination of Routes 44 and 55 that still run on either side of Main Street. Years of construction made it difficult to get to the heart of the city, and once it was completed, the new highways made it too easy to zip through Poughkeepsie without having to stop there, or even get a good look at what was going on downtown. Even the Main Mall, a project that turned the middle of Main Street into a pedestrian-only thoroughfare, failed to attract a steady flow of customers. In 2001, the city conceded defeat and opened the Main Mall back up to traffic. 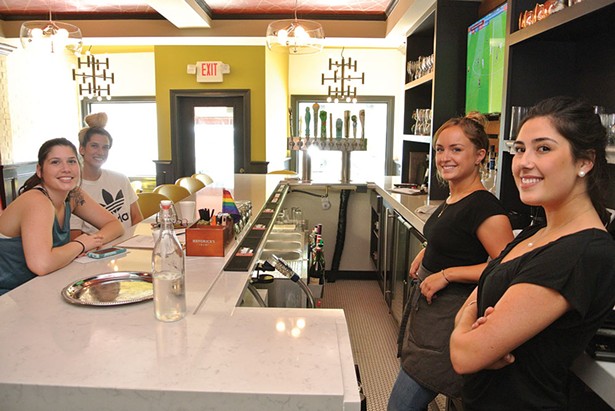 Just as with Dia:Beacon, it took an epic and unlikely project on the outskirts of the city to draw attention to noteworthy things happening in the city as well as its potential. In 2009 an out-of-service railroad trestle became the Walkway Over the Hudson, the longest pedestrian bridge in the world. Even almost 10 years later, the bridge still attracts upwards of 500,000 visitors a year, the majority of whom are not from the region. For the locals, the Walkway has become a favorite for weekly long runs and bike rides, while regular events such as Movies Under the Walkway, throughout the summer, and monthly stargazing nights have made the bridge a cultural treasure as well as a recreational one.


How did a free outdoor walkway succeed where so many other projects failed? For one, the Walkway isn't accessible from the Arterial. You have to actually drive into the city to get to it, through quaint and appealing neighborhoods that are a far cry from the negative stereotypes the city has endured. Once you're up on the Walkway, Poughkeepsie's long under-recognized physical charm becomes apparent. Little Italy lays in the shadow of the Walkway, and not accidentally: The bridge was originally built in the late 1800s by Italian immigrants, who decided to live in, and set up shop in, the blocks surrounding it. Even today, you can't throw a black-and-white cookie there without hitting a traditional Italian bakery (La Deliziosa has been open since 1974) making fresh cannolis and elephant ears that rival their Bronx counterparts. 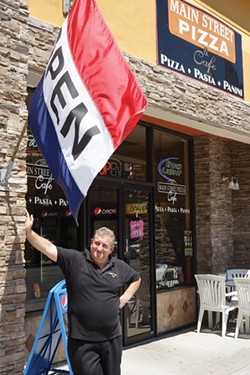 Poughkeepsie's new tourists and residents have a lot more to discover once the Walkway has drawn them there. The monthly First Friday celebrations that began two years ago have swelled into raucous parties that highlight the city's culinary and cultural offerings. The series began at the Bardavon 1869 Opera House, itself a longtime cultural fixture that, like the founded-in-1785 Poughkeepsie Journal, has seen the city through numerous ups and downs. And the tireless work that Hudson River Housing has done for decades to provide affordable housing and spur community development recently resulted in what is arguably Poughkeepsie's most innovative project yet: A 22,000-square-foot former underwear factory a block off of Main Street that was transformed into a mixed-use development with affordable housing, offices, and a commercial kitchen.


But the Underwear Factory project also highlights one of the city's challenges. It's hard to find fault with anything going on inside: The Art Effect, a new cultural organization created in the merger of the Spark Project and the Mill Street Lofts, provides innovative arts educational projects for children and adults alike. North River Roasters, on the bottom floor, serves as a coffee roaster, coffee shop, and shared-use commercial kitchen and hosts Earth, Wind & Fuego: a healthy, locally sourced, food-justice-minded eatery. You could happily spend an entire day there, drinking damn good coffee and eating fantastic food, as I have done in the past and will continue to do in the future. And yet at a recent community event in Poughkeepsie, a table of lifelong residents, all of whom were women of color, told me that they felt that the Underwear Factory project was "not for them." 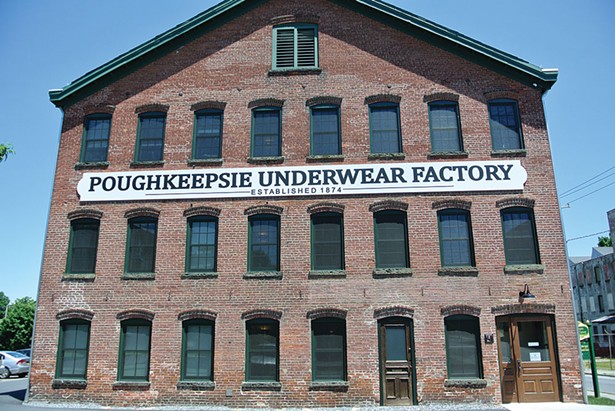