A Guide to Peekskill

Peekskill’s predominately Hispanic population has driven the city’s ongoing revival, managing to keep it one step ahead of other river towns angling for a comeback.

Recently I was on the Hudson with a group of folks from the UK who were paddling from Albany to the Gowanus Canal to drop off some canoes (it's a long story.) A tidal change and a ferociously approaching thunderstorm forced us to make an unplanned pit stop in Peekskill. While we waited for the storm to pass and the moon to do its thing, we passed the time downing beers at the Taco Dive Bar, reloaded on calories at the Hudson Creamery, found ourselves in the middle of a graduation party down by the river, walked through a sculpture garden, and got some local do-gooders to pull some civic strings for us to arrange a dry—and free—place to sleep. The next morning, as we paddled away with the sun rising resplendently over the city, the leader of the group—a man who has hiked into the Amazon, ridden horses across New Mexico, and sailed to Antarctica, looked behind him and wistfully said, "I can't wait to come back to Peekskill someday."


You either laughed incredulously at that last sentence or nodded your head in agreement. If it was the former, you probably haven't spent a significant amount of time in Peekskill since the mid 1980s, and are thinking of the city's less-than-sterling reputation. If you're in the latter camp, you know that reputation is outdated, inaccurate, and possibly a little bit offensive, as many of the locals think that it has something to do with the fact that Peekskill has always been one of the most ethnically diverse cities in the Hudson Valley. But the city's diversity has always been its strength, even if its racial makeup has changed throughout the years. Jim Taylor, a retired principal in the Peekskill school system, remembers when the city was half African-American, like himself, and half white. Today Peekskill's largest demographic is Hispanic, a population that Taylor says is responsible for Peekskill's current revival. "They came here, fixed up houses, put their kids in the schools here, and made this community safer and stronger."

Ahead of the Curve 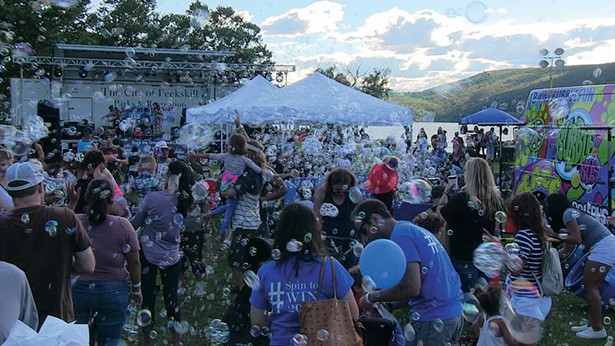 Things surged from there, as Peekskill has managed to be one step ahead of other river towns in figuring out how to turn a city around. Decades before it became practically legally mandated for every young Brooklyn couple to move north in order to start a family, Peekskill was developing affordable lofts for working artists and other creative professionals. Before every town in the Hudson Valley had its own craft brewery, Peekskill Brewery was showing people a world beyond Budweiser. The Hudson Valley Center for Contemporary Art proved you could successfully mix internationally renowned artists with local up-and comers. The young families came, and started getting involved in local schools and making sure that there were things for their kids to do. Peekskill Coffee House, which celebrated its 15th anniversary in June with a block party, figured out what all those artists and exhausted parents needed was coffee, and the Bean Runner Cafe figured out that they might want some live jazz to go with their coffee. The tide rolled in.

Today Peekskill is awash in treasures both culinary (there are few better places in the Hudson Valley to be on the first warm night of spring than under the garden lights at the Birdsall House) and culturally (think of the mid-level acts and oldies that cycle through the Paramount theater, the annual film festival, and the yearly Hudson Valley Exposition on the waterfront coming up on on August 4.) But the city's greatest treasures may be the ones that have been there all along: The natural ones. Few Hudson Valley river towns can boast Peekskill's wide harbor and view of the southern Hudson Highlands. And thanks to the fact that Route 9 goes over the town as opposed to through it, Peekskill residents don't have to walk across a highway to get to the river, a rarity for towns on the eastern side of the Hudson. 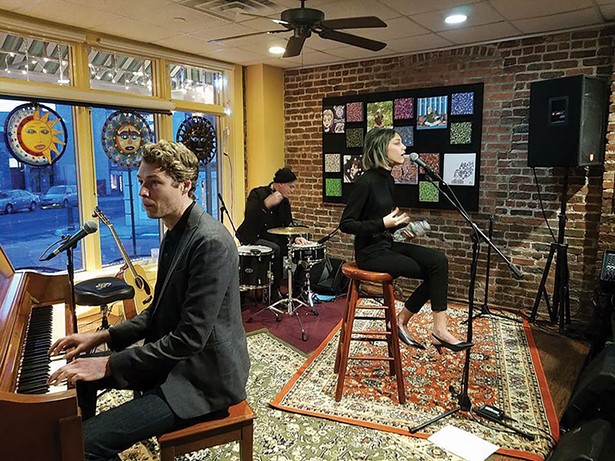 But the river still remains inaccessible for too many, which is where Jim Taylor comes into the picture once again. Taylor may be retired, but he's hardly resting. Head to Depew Park on the southeast edge of the city (the original practice field of the New York Jets,) and deep in the woods, behind an overgrown amphitheater and next to the basketball courts, you'll find a warehouse that now contains the city's Rising Tide boat building program.


Sponsored by the city's Youth Bureau, kids receive a stipend throughout the summer to learn from Taylor how to build wooden canoes and skiffs. The students start out building small models to scale, then simply replicate the process to build full-scale boats. Some of them have never been on the water before, but by the end of the summer they're paddling down the river in boats they've made themselves. 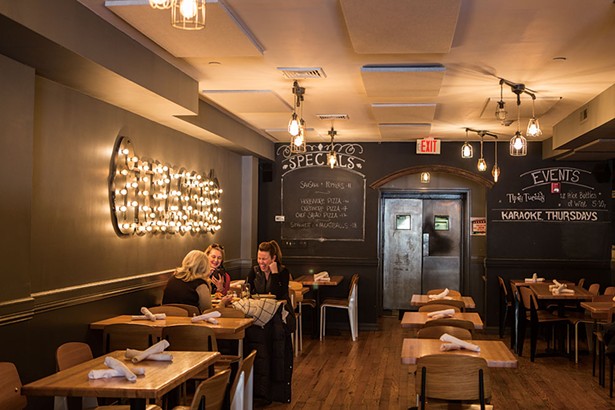 Taylor would like to modernize the program with 3D printers, to help the kids prepare for the technological changes coming to the job market, but not all the schools have access to 3D printers, much less a program like his. For every advance the city has made, with its new crop of civically minded volunteers and a city government that is finally becoming as diverse as its population, there's still a need for more people to roll up their sleeves and pitch in.

But maybe that next group of Peekskill citizens to pitch in will be the kids themselves, who for the first time in memory, tend to be sticking around after high school and college because they like it here, even after getting a taste of the world outside. Some of them can't wait to get back.

I asked the kids in Taylor's program what it was like the first time they got out on the water, turned around, and saw their city from a whole new perspective. There was silence as the kids tried to figure out what to say, but Taylor, who taught himself to sail on the Hudson in the 1970s because there was no one else around to teach him, spoke up.

"It looks a whole lot smaller, doesn't it?" he said, and the kids nodded their heads in agreement.