A Guide to Columbia and Greene Counties: Hudson and Catskill 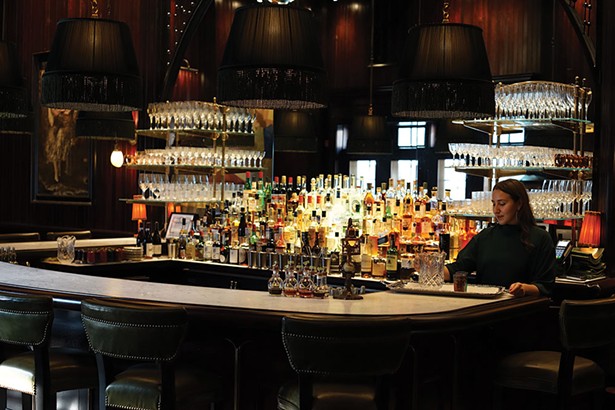 Given Hudson's runaway success in the past decade as a tourist destination and hub of retail activity (and the related negatives that come along with it, which can be loosely grouped under the nebulous term "gentrification"), Slonecker believes radio can play a vital role in the city. "With the way things are evolving, a local community station takes on more and more importance, both creatively and in terms of info gathering and distribution. There's a lot of discussion and in-depth work on issues like gentrification. The community is at a point where public dialog is very important. Radio is a great meeting place. It's intimate. It's a media that allows people to hear the voices of other people. And in order to have a civil dialog, you need to have mutual respect, and that comes from people being able to hear each other."

The challenge of unifying a diverse community was a common theme among the people I spoke to for this article. Chuck Rosenthal, who owns lifestyle and home furnishing store Valley Variety and is chair of the Hudson Business Coalition, expresses it this way: "The biggest challenge is vision and consensus building," he says. "When I did my research on Hudson before moving here five years ago, I read the comprehensive plan reports from 2002. In a way, we're still discussing the same ideas. We struggle to home in on a single vision and come to consensus." Rosenthal is quick to point out that despite some growing pains, the city is distinctive in its mile-long main street offering a cosmopolitan mix of antiques, design, fashion, arts, and food. "We have a lot of built-in attributes that make a really great livable city that's also attractive to visitors," he says. "We have a great town. It's just a matter of pulling it all together."

No one feels that more optimistic than Rick Rector, who was elected mayor last fall, running on a campaign platform of "One Hudson." Rector, a relative political newcomer, ran unopposed, and is seen by many as ushering in a new era of transparent city leadership after decades of Hudson's politics being dominated by a small group of entrenched interests. (Melissa auf der Mar, cofounder of Basilica Hudson, opines: "Hudson has developed despite its elected leadership," she says. "It wasn't until the antiques dealers, the gays, freaks, and artists showed up that things started to shift. The level of momentum has been remarkable but unconnected with any municipal help.")

Job one for Rector is moving beyond outdated political divisions and fostering conversation. "In a small town, it's more about the person than the political party," he says. "It's about finding out what's best for the community. My goal is to reach out to everybody and make decisions collectively with input from everyone."

Rector will also be spending much of his time implementing the $10 million Downtown Revitalization Initiative (DRI) grant the city received from the state last year. The bulk of the funding will go to projects in Lower Hudson. "It's a little like the Wild Wild West down there. The DRI funds will go to much-needed infrastructure in an area that's been neglected by the city."

Two projects funded by the DRI are overseen by auf der Mar and her husband, filmmaker Tony Stone. Basilica Hudson, which has become a regional arts destination since opening in a former glue factory in 2010, will be winterized, offering the opportunity for year-round programming and training opportunities for Hudson's youth. Auf der Mar is bullish on the possibility of workforce development programs in the arts connecting kids to the booming local creative economy. "We have potential jobs," she says, "we just need to train and connect youth to those jobs. There's potential, it just needs organizing—and the organizing is starting now."

Auf der Mar and Stone's latest endeavor is the River House Project, a film and media hub housed in the vacant Allen Street School that will contain studios and post-production facilities for film and TV, and like Lumberyard, will leverage the state film tax credit. Phase one of the project will be complete this fall, and will also connect Hudson's youth to jobs in film and TV.

Auf der Mar says there's much work to be done in the city—to create opportunities for those most in need, to connect a fragmented community, to overcome decades of political inertia—but she's optimistic. "Everyone in Hudson wants to make it work, it's just a matter of connecting the dots," auf der Mar says. "Our small city has the opportunity to be a beacon for the future of this country."