A Fire in Aries; Be Cool, Don't Just Act Cool 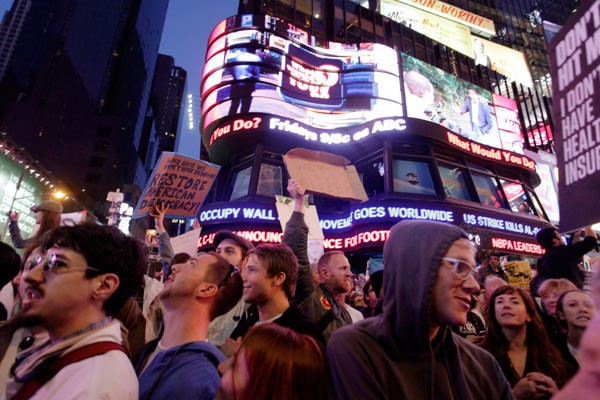 With the recent equinox, the sky continues tipping from water sign Pisces into fire sign Aries. The spring season began in the Northern Hemisphere at sunrise Wednesday, with the Sun joining Mars and Uranus in Aries.

Back in Pisces, Mercury stationed direct last Sunday afternoon, ending a three-week retrograde phase. Some people are more sensitive to these events than others, whether psychologically, emotionally or with those odd events like computer crashes, lost keys and missing envelopes. There were a lot of planets in Pisces during this retrograde; that gives some people the feeling of emotional resonance and others the feeling that they're drowning.

Mercury will remain in Pisces until April 13, when it joins the Aries grouping.

Now, as for why the planets in Aries are big news. As you may know, there is currently a generational event happening—Uranus in Aries square Pluto in Capricorn. These are two slow-moving points that are meeting in a major aspect for the first time since 1965/1966. What we think of as the Sixties was the combination of three major factors: a a conjunction of Uranus and Pluto; Chiron in Pisces; and Neptune in Scorpio.

We now have the first Uranus-Pluto (major) aspect happening since the Sixties. Chiron is back in Pisces. And Neptune is in a water sign. Let's stick to Uranus and Pluto. They are early in cardinal signs—Aries and Capricorn. Their square aspect is a five-year project, of which we're now in the middle. These longterm aspects heat up when other planets get involved, and now a lot of other planets are about to jump into the mix.

Friday, Mars makes a conjunction to Uranus. Soon after on March 26, it'll make a square to Pluto. That's going to add a lot of energy to what is already a high-potency alignment, which is lurking just below the surface, waiting for something to come along and do just that.

This is a series of events that can change the world, and can also wake us up to how much the world has changed before our eyes in just a few years. The thing is, we may see what seems like a few years of changes in a matter of weeks. It's impossible to predict what this will bring, though there is likely to be some "personal is political" effect in the world.

As for the personal being personal: do your best to stay cool and keep your head. This is the time to be cool, not just act cool or "play it cool". Cool means reflective, aware and clear. There will be moments when passion is called for—you will know them when you're in them. Even then, make sure you're aware of your emotional temperature at all times.

Mars and Uranus talk about a clash between personal and community interests—therefore, orient yourself on cooperation and don't try too hard to stand out. Do your best to be part of what you say you belong to. Offer yourself a little more generously than you think you need to, or are being asked to.

Everyone will feel better.

I've covered the equinox in the latest edition of Planet Waves FM. You can also pre-order your 2013 Spring Reading at a special Chronogram discount ($19.95 for all 12 signs) at this link.