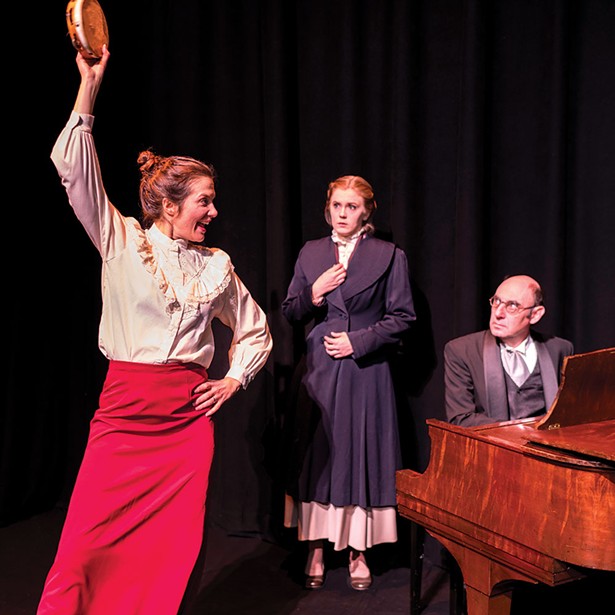 In 2006, 100 years after the death of renowned Norwegian playwright Henrik Ibsen, "A Doll's House" was the most performed play in the world. Set in the Victorian era, the work follows Nora, a young wife and mother, who ultimately leaves her husband in order to "know [herself] and [her] surroundings," as she says in the final act. Recognized as one of the first feminist plays, this story of awakening caused great controversy when it debuted in Copenhagen in 1879.

The story is especially poignant now, on the heels of #metoo movement and the second annual Women's March, as the fight for women's empowerment takes on greater urgency. This is the last weekend to see Rhinebeck Theatre Society's 21st-century adaptation of Ibsen's play at the Center for Performing Arts at Rhinebeck, kicking off their Season of Women, a yearlong series of productions written by or about women. "A Doll's House" runs through February 18. (845) 876-3080.