A Conversation with Journalist Amy Wu 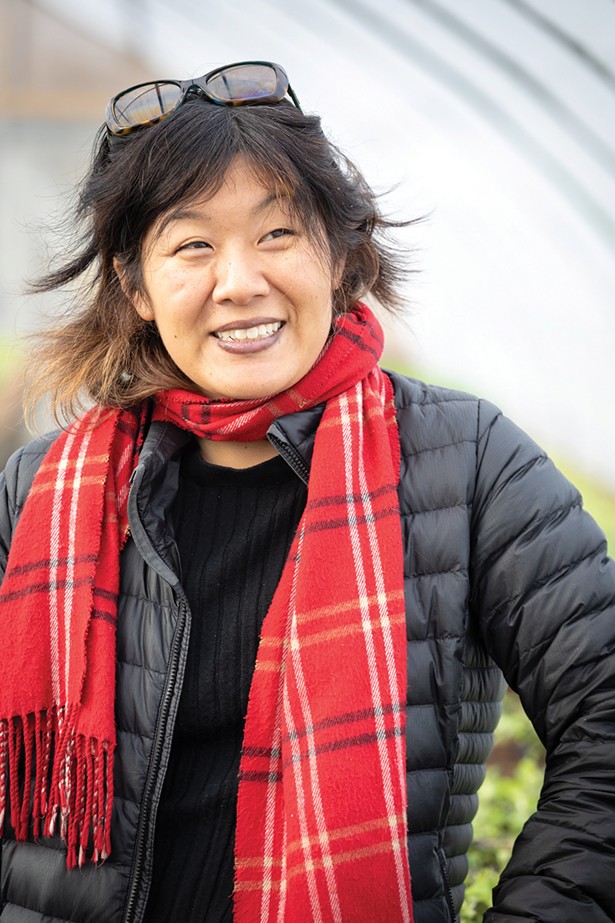 When journalist Amy Wu was assigned to report in Salinas, California—where 80% of the leafy greens we buy in our stores are grown, and agriculture is a nine-billion-dollar industry—she noticed the high percentage of female farmworkers. Salinas is also a prime site for the fast-growing AgTech industry. Wu's documentary, Farms to Incubators, is an exploration of minority women entrepreneurs working on the forefront between farming and science. To inspire and encourage a new generation, her documentary tells the stories of women whose work deserves more visibility. Wu, currently the communications manager at Farm Hub in West Hurley, will screen Farms to Incubators on June 29 at 1pm at Upstate Films in Rhinebeck, followed by a discussion with women at the forefront of science and farming.

What was your impetus to make Farms to Incubators?

The impetus was a little bit accidental in terms of the film itself. In early 2016, I was a newspaper reporter and journalist for many, many years, I was given the opportunity to be a reporter, cover the local government and local stories for The Salinas Californian in Salinas, Californi.

I had never lived in Salinas before or even been there, but agriculture is a nine-billion dollar industry there and I later learned that 80% of the leafy greens we eat actually are produced there. I was kind of amazed by the scale of agriculture out there, literally just to be driving around and being surrounded, if not swallowed by it. Being based there and living there, I began to observe two things: Most people were white middle-aged men. Later, as I learned more about the ag industry, I found out that it's passed down generation to generation.

At that time, Salinas also began to step up its agriculture technology game. There was an incubator that started there with agtech startups and I just started to ask the question: How many of these, just out of curiosity frankly, being a woman myself and an Asian-American, I just asked: How many of these companies are started by women? People kind of gave me this look, the deer in the headlights look.

What was the central thrust of the narrative that you uncovered in the agtech space?

The thrust of the narrative was really that agriculture is a sector that traditionally has been tough to break into. It's mostly handed down to men and the boys in the family and not to women, in terms of the leadership at least. The beautiful thing about agtech is really any amazing person with an innovative, entrepreneurial background can break in.

The question I often ask these women is: Why did you get into this? You have no history really in agriculture technology. What threw you out here to drive to move from New York to California to pursue this? The common thread that I ended up finding was that women see an opportunity in the agtech sector—it's growing, and it's growing because of lots of different reasons, including a severe labor shortage and land and water supply shortage, but also at the same time there's this pressure to feed the world.

The population is going to grow to about 9, 10 billion in 2050 so there's also this feeling of wanting to do good, almost like they really wanted to contribute something to this world of wellness and health and food and sustainability.

Why are you so passionate about women and agtech?

This is a huge, amazing industry. It's more than just tractors and overalls. I'm profiling these women leaders because I'm hoping that younger people will hear their stories and consider that this is also an opportunity for them. I always feel maybe in sharing these stories there might be some more discussion about opportunities versus like it's just boring, it's just ag.

Someone in the film mentions that there's an aging farming population and that 50% of US farmland is going to change hands in the next 10 years. Do you feel like there's an opening in the immediate future for more women and minorities to get into farming?

That's a really good question. I'm actually pretty hopeful now. When I first started the project, I was not certain about this. When I go to conferences, summits, and gatherings—I don't see a lot of women frankly. But the latest ag census that came out two months ago is pretty hopeful. It's actually showing a trend towards there are more female farmers now. There is a rising amount of land ownership amongst women.

Is there a connection to the Hudson Valley in your film?

I'm based here most of the time now and I'm also passionate about the agriculture sector here; I visit a lot of farms with my job at Farm Hub. There is a big farming ecosystem here. My hope is that there could be some women to talk to and profile out here and my dream would be to take their stories and add them to the book that I'm currently working on based on Farms to Incubators. And eventually, who knows, maybe there'll be a second film.

Speaking of Amy Wu , From Farms To Incubators